Crook County is an ethnographic study which compliments previous studies of the Cook County courts, such as Steve Bogira’s Courtroom 302 and Ken Davis’ Attorney for the Damned. It explores in depth the “double system of justice: justice with a white side and justice with a black side” (p. xi). There has been much concern lately about mass incarceration, but less attention paid to “how the racial divides between defendants and decision makers transform our courts into [places where racism] was pervasive, direct, and violent” (pp. 7 and 9).

The Cook County courts are the largest unified court system in America. So, if Van Cleve is correct that these courts have been “transformed from central sites of due process into central sites of racialized punishment” (p. 11), this is a serious problem. Moreover, it is obvious to anyone who knows about criminal justice and courts in America that Chicago and Cook County are not an isolated case. That this should happen in “post-racial America” and in an institution that is supposed to be race-neutral because it is protected by the “most stringent due process procedures, a court transcript—and even the Constitution” (p. 11) is even more disturbing.

Van Cleve spent ten years working in the court system and in investigating it. She has not only her own observations as an intern and law clerk, but the observations of more than 100 trained court watchers upon which to base her study. She served as an assistant to both the prosecutors (States Attorneys) and defense lawyers (Public Defenders). In many ways, she was able to pass as a white professional even though she is a Latina, and an anthropologist (and now an attorney). She thus had an insider’s front row seat in the court room, the jail (for lawyer-client conferences), and the judge’s chambers. Her sensitivities allow her to see the racial distinctions between families and defendants (who are mostly minorities) vs. the white professionals. They even enter the courthouse though different doors, lines, and processes. But the difference inside the courtroom and the entire criminal justice system is much worse.

As Van Cleve demonstrates, “[t]he criminal courts offer an elegant case to understand how professionals can ‘do racism’ while ‘doing justice’” (p. 53). This even happens when people in positions of leadership, such as the President of the United States, the Chief Judge of the Cook County Courts, and the States Attorney are people of color. Defendants are distinguished by court professionals as “deserving” or “undeserving.” Or even worse, as “monsters” and “mopes”.

The court professionals are motivated to dispose or complete cases – it is the chief indicator of their work ethic, and the need for the court system, because so many more people are arrested and convicted in the United States than in other countries. Most defendants are seen as mopes. Court professionals mostly believe: “If someone was motivated, hardworking and competent, he or she would not be charged with a crime.”

So, they can be processed quickly. Those arrested who are white are more often seen as being “’ill’ rather than criminal…professionals created a segregated privileged pipeline to channel wealthy white defendants into rehabilitation options or less-punitive alternatives like probation” (pp. 58-66). Monsters were those charged with serious or heinous crimes such as murder or sexual assault.

The average prosecutor has 300 open cases, 95% of which will be resolved by plea bargains. Cases have to be so resolved for the system to work “efficiently.” This means that not every case (or even most cases) can be considered carefully on the merits of the law, evidence, and the situation of the client. Short-cuts must be used. But this has consequences. Added to this is the “us” vs. “them” culture of the courthouse, including the old boys club of the mostly white professionals – lawyers, judges, and police. These realities are recognized even by the defense attorneys, who know that “[s]ome clients can be saved, others are a lost cause. Some, unknowingly, must be sacrificed for the benefit of others, and defense attorneys must recognize the difference between the two” (p. 111). Under these circumstances, obviously not everyone can get a fair trial or have their constitutional rights respected.

While this is an ethnographic work of participant observation, working through the Chicago Appleseed Fund for Justice, the author also had volunteers do 104 structured interviews of 26 judges, 27 prosecutors, 26 public defenders, and 25 private attorneys. The data she compiled included 160 hours of court watching observations by 100 volunteers of 550 hearings in 25 different courtrooms as well.

The evidence from the research supports Van Cleve’s findings that “[w]hat results is a type of state-sanctioned racial violence, where white professionals can govern and deliberate on the morality of blacks and Latinos, enact punishment on them, and do so under the guise of crime control” (p. 188). This is thus a book which should be read by lawyers, law students, political scientists, and the general public, and taught in our universities and law schools. Readers can then decide for themselves if they are as persuaded by her evidence as I am.

If the book has a weakness, it is in its call to action or proposed remedies for the problems. She calls for us to go to the courts en mass and act as court watchers. She calls for us to vote for better judges and for lawyers to take on pro bono cases. As worthwhile as these activities may be, they are insufficient. That said, one cannot solve a problem without understanding it in full, and this book provides us a starting point. 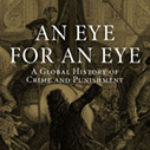 An Eye for an Eye: A Global History of Crime and PunishmentBooks, Full Reviews 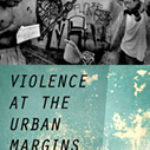