Kids, Cops, and Confessions: Inside the Interrogation Room

“Kids, Cops, and Confessions” is an examination of the enduring issues which attend confessions in criminal cases, especially when the confession is obtained from a juvenile. Barry Feld has devoted much of his career to exploring issues which impact juveniles who find themselves involved with the legal system. He has often explored the use of “get tough” policies with juveniles, and provided a unique perspective in contrast to the prevailing and often popular views that juveniles should be treated more like their adult counterparts. This latest work sharpens that focus and examines what occurs when juveniles find themselves in the interrogation room.

As a backdrop, Feld provides an informative history of the juvenile justice system, its evolution into its modern-day state, and the unique nuances that attend its existence. While the juvenile justice system has come far, there is much work to be done; and the far-reaching implications of juvenile interrogation is an area ripe for concern. Appellate courts, including the United States Supreme Court, have long struggled with maintaining an appropriate balance between the investigative needs of law enforcement and the protection of individual rights. According to Feld, in the four decades since Miranda there have been no observational studies of how police actually question juveniles; this work is intended to shed light on the reality of juvenile interrogation.

In Chapter 1, Feld examines the tenets and application of the Fourteenth, Sixth, and Fifth Amendments to interrogations — as well as landmark cases such as Miranda v. Arizona which address the rights of suspects during interrogation. While the Constitution and case law provide protections for suspects, neither currently addresses the unique needs of juveniles. Feld also utilizes this chapter to examine the Reid Method, which is the primary interrogation method used in the field by law enforcement. The Reid Method does not distinguish between juveniles or adults, and utilizes a nine-step sequence of psychological pressures. Police are trained to evaluate the resulting exhibition of behavioral indicators, or lack thereof, by suspects in order to guide their interrogation. Hallmarks of the Reid Method include custody and isolation, confrontation, and minimization. Feld contends that, while consistent with the crime control model of justice policy, the current state of our laws and methods of interrogation do little to address the unique vulnerability of juvenile suspects.  Here, understanding the rules of the game, including constitutional doctrine, case law and prevailing interrogation methods assists the reader to better understand the reality of interrogations.

In Chapter 2, Feld examines legal decisions which specifically address interrogation and juveniles. This overview and discussion provides an interesting backdrop to the bulk of the chapter which focuses on recent research which has significantly changed our understanding of the developmental capability and culpability of juveniles. As a result, Feld continues to question whether juveniles, due to their developmental limitations, can fully understand the Miranda warnings or make a “knowing, intelligent, and voluntary” waiver of those rights. While the behavioral and social sciences have embraced existing research findings, our legal system has yet to incorporate this knowledge.

In Chapters 3 through 5, Feld takes the reader into the interrogation room with his examination of more than three hundred juvenile interrogations in four Minnesota counties. The circumstances and context of the interrogations are examined and supplemented with interviews of police officers and others in an effort to better understand the perceptions of legal actors regarding interrogations, and more specifically, the ability of juveniles to understand and exercise their rights. Feld specifically examined the processes that are utilized by police when questioning juveniles. Police often presented the interrogation as an opportunity for the juvenile to tell his or her story. Police officers reported juveniles often waive their rights because they were scared, wanted to go home, and/or were taught to speak to authority. Few juveniles in the study (about ten percent) who did not speak to police officers, were often repeat offenders or had relatives who had been in trouble and taught them not to speak to police. The police reported that juveniles were more likely to waive their rights if they had not been in contact with police before. In Chapter 5, Feld examines the response of juveniles to interrogation techniques. The results indicate that most juveniles waived their rights and confessed rather easily. Most interestingly, differences did emerge between those cases involving a confession and those where juveniles invoked their rights.

In Chapter 6, Feld examines the differences which emerge when “justice by geography” is considered. As with politics, the reality is that all police work is ultimately local and therefore cannot be removed from the demographics and cultural context of the local community. Suburban and urban differences, including racial differences, emerged among cases involving interrogated juveniles. Urban youth, more often minority youth, were typically charged with more serious offenses, had less parental involvement, and were less cooperative with their interrogators. In contrast, suburban youth, were typically charged with less serious offenses, had greater parental involvement and were more cooperative during interrogation. Despite the differences which emerged, Feld also found many similarities among the groups. For example, interrogation techniques varied little — juveniles in both groups waived their Miranda rights “at virtually identical rates,” and parents did not function in a protective manner when their child was interrogated.

In the remaining chapters, Feld examines the consequences of underestimating the realities of interrogation. False confessions and wrongful convictions are the worst outcomes in these cases. Feld advocates for policy reforms which would provide greater protection for suspects whether those suspects are adults or juveniles. Throughout the book, Feld confronts the reader with the realization that our current practices relating to interrogation, including the administration of the Miranda warnings, fall short of what is necessary to protect individuals. These protections fall even further behind when juveniles are the subject of interrogation. As such, Feld advocates for reforms including recording of interrogations as well as recognition of a “functional line for juveniles” under the age of fifteen requiring different interrogation procedures in light of their unique vulnerability.

Feld has done a masterful job of presenting the realities of the interrogation room to the reader. This work is important to scholars of all persuasions who seek to better understand the unique plight of juveniles faced with the inherently coercive circumstances involved in police questioning. The book is well-written and capably blends research-based observations with the perceptions of police and other legal actors. This combined perspective provides the reader with a unique appreciation of a system which often functions far from public view. 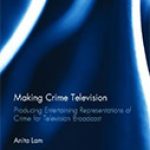 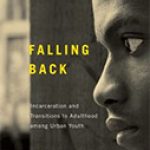 Falling Back: Incarceration and Transitions to Adulthood among Urban YouthBooks, Reviews in Brief