Did Trump build The Wall? There was a lot of construction, but much of it replaced existing fencing on the line. Also, The Wall wasn’t a wall. Mostly it was 18- to 30-foot high bollard fencing. New or replacement, wall or fence, the new “border wall system” wasn’t the end of illegal migration that Trump promised in 2016—and it wasn’t meant to be. The Wall was never about border policy—The Wall was always about national identity. Journalist DW Gibson’s 14 Miles takes us into the construction process as it unfolded on the San Diego-Tijuana border between 2017 and 2019. The book explores the strange relationship between The Wall as an identity symbol and the wall (or replacement fence) as a construction project.

Nowhere did The Wall as symbol get performed as theatrically as in Otay Mesa, the border location hosting the eight prototypes bidding to become The Wall. Here on display was Trump’s vision that The Wall would not only be effective but also “beautiful”—that securing the border was not only necessary but also aesthetically pleasing. Here on display were eight prototypes standing tall in the desert, outshining each other to become the new national symbol, the new Statue of Liberty rising in the dust. Only protests at the site—Border Patrol agents worried Otay Mesa would be the new Standing Rock—would have made the performance more dramatic.

Yet none of the prototypes was chosen for construction. They were all tested along three lines: Can they be climbed? Can they be dug under? Can they be cut through? Yes: They could be climbed, dug under, and cut through. The prototypes did not pass the tests, and that was expected—the “technical” purpose of border barriers is not to stop migrants but to slow them down so that Border Patrol can respond. But certainly that’s not what The Wall—as Trump shared his vision around the country—was meant to represent. Particularly revealing is that only two of the eight prototypes allowed Border Patrol agents to see through to the other side. Agents say that see-through barriers make surveillance easier. Walls aren’t see-through.

The book tells the story of the prototypes through the people in the area: Tijuana residents living a few feet away from the fence; ranchers on the American side; Border Patrol agents; human rights activists and volunteers working to support migrants; artists reimagining the border; Americans Indians with ancestral claims to the land; environmentalists concerned with transborder pollution; Central American and Haitian migrants waiting for asylum; businesspeople seeking to make a profit (maquiladoras in Mexico, real estate in the United States). It’s a whole cast of voices for whom the border has very specific and personal connotations. Together they paint a dense picture of complicated border life. They reveal the vibrant border geography and the intricate connections between the two sides.

This many voices makes the book somewhat disjointed, and the author accepts that no bigger argument can accommodate this variety of experience and perspective. Some of the more general points in the book suggest that the two sides of the border are too interdependent—cultural connections, global capitalism, environmental danger—for an impermeable divide. These points don’t amount to an explicit argument—they can be found here and there, like echoes of a more argumentative approach. The book sticks to local voices and stories, lived-in takes on border life.

The book’s main takeaway may be that—as much as it’s very much real—there’s also something unreal about The Wall. No one—not even its supporters—seems to take it entirely seriously. The Wall is a provocation, a taunt, a comforting fiction. The waiting for protests that never happened, the prototypes failing the tests, the eventual decision not to use them—it all makes it a bit of a circus. And it often seems as though Gibson himself, as much as he goes everywhere and talks to everyone, could not fully engage his sources—and could not fully engage The Wall. (This is revealed in small details: the message for migrants he can’t write when he volunteers in a humanitarian water drop-off, the question about binational yoga he can’t answer, the coffee from Denny’s he can’t drink, the people he can’t help.) The Wall can’t be taken at face value. It’s too unreal to support it or oppose it. It’s too much of someone else’s logic to engage it directly.

Gibson’s 14 Miles reveals the gap between The Wall as a national symbol and the wall as a physical reality. The book looks for the story of The Wall among the people who live closest to it—but these might be the people for whom The Wall matters least. The Wall may be more real in the heartland than on the border. That’s one of the book’s many merits—to capture and express the disconnect between The Wall as a redefinition of our national identity and the wall as a concrete piece of border infrastructure. DW Gibson’s 14 Miles takes readers on an engaging, original, and insightful tour of one of the most defining and perplexing projects of our time. 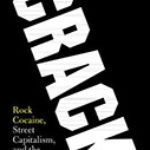 Crack: Rock Cocaine, Street Capitalism, And The Decade Of GreedBooks, Reviews in Brief 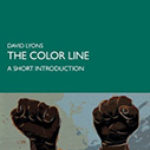 The Color Line: A Short IntroductionBooks, Reviews in Brief