A Criminology of Narrative Fiction

Rafe McGregor’s book, A Criminology of Narrative Fiction, is part of a broader movement within criminology that argues for and illustrates how criminological analysis can and must be creative and imaginative. The book is philosophically informed and is theoretically oriented. Drawing on scholarship from literary studies and philosophy, it illustrates the central place of and important role for theorising within criminological analysis.

It is a short book, 167 pages including notes and references over eight chapters. The basic argument is that works of fiction can be treated as data sources and be subjected to intensive examination, as these have the potential to reveal knowledge relevant to explaining real-world causes of crime and social harm. The first three chapters serve to distinguish McGregor’s orientation and argument from what he considers to be the most relevant literature. These chapters include a cursory examination of narrative criminology (and the work of Lois Presser), cultural criminology, and works by Nicole Rafter (Shots in the Mirror), Jon Frauley (Criminology, Deviance and the Silver Screen) and Vincenzo Ruggiero (Crime in Literature). I should mention there is an absence of discussion of other relevant scholarship concerning the intersection of criminology and narrative fiction. Inclusion of some of this literature would add nuance to the discussion and better allow McGregor to distinguish his argument and approach from others. To mention only two: literary scholar Jeffrey Wilson has recently published several papers examining the intersection of literature and criminology; sociologist Edward Sagarin, in his landmark text Raskolnikov and Others, examined the intersection of criminological and literary analysis. In not examining literature that is within the same orbit as his own work, McGregor misses an opportunity to bring this very germane scholarship into the conversation and to broaden narrative and cultural criminology. I think a deeper and wider engagement with this scholarship would enrich these first three chapters. I think it would have been interesting and valuable if McGregor had spent more time really showing us the richness of the scholarship and how his approach is quite unique.

The book’s thesis rests on a deeper foundational premise tacked into the introductory chapter. McGregor’s position here is there is no real difference between works of fiction and non-fiction in terms of how they represent (real or imagined) events. The distinction within the social sciences that holds works of fiction and non-fiction to be different in kind owes to the belief, he suggests, that fiction and non-fiction texts are outcomes of differing types of practices. However, what is different, according to McGregor, is not the practice of producing these texts but simply the expectations of authors and directors of how readers and audiences will experience their work, and with how audiences and readers expect to experience the work. Thus, the fiction/non-fiction distinction has only served to devalue fiction and exclude it from being taken seriously as a source of information by which social scientists can develop understanding and explanation of the causes of crime and social harm. This important premise connects to McGregor’s position on the difference between narrative and non-narrative and, together, these are outlined in about nine pages. The fiction/non-fiction division is also important to the social sciences in general given the uncritical acceptance and reproduction of this, what is a conventional way of thinking, about fiction’s role for knowledge production. Given the importance of this argument, McGregor’s discussion seems stingy. Its importance requires that it be elaborated further in its own chapter instead of inserted into the book’s Introduction. Readers should expect to read and reread these passages to fully grasp what is a very important point that has implications well beyond discussions of narrative fiction and criminology.

Chapters 4 through 6 present and illustrate McGregor’s thesis, that there are three forms of knowledge to be found in narrative fiction that are valuable for criminological analysis of the causes of social harms, including crime. The three types of knowledge are phenomenological (about subjective experience), counterfactual (about possible other conditions under which one might act and/or think differently), and mimetic knowledge (detailed and accurate knowledge about the everyday world beyond the narrative). These chapters are the ‘meat’ of the book and together aim to demonstrate the value of fiction as a data source useful to the development of criminological explanation. McGregor begins each of these chapters with an overview of a film to exemplify the type of knowledge to be discussed. He then offers a clear but somewhat brief discussion of scholarly literature pertaining to these respective types of knowledge before offering in-depth examinations of two fictive narratives. It is these two longer and deeper analyses that make up the heart of each of these three chapters. I should also add here that as McGregor is arguing for an aetiological orientation rather than simply to improve understanding, his book is largely an outlier with respect to narrative and cultural criminology.

McGregor refers to the longer analyses of the two narratives in each chapter as “case studies”. These are not case studies of the films or the novels examined, but of the types of knowledge under consideration, illustrated with reference to these narratives. This point should be made clearer by the author. These examinations are exemplificatory. He engages an exemplificatory mode of argumentation as he works through these fictive narratives to show the reader the value of fiction for offering access to these types of knowledge. It is important to recognise this exemplificatory mode of argumentation. It is possible that hasty readers will mistake this as simply narrative analyses or description. Although he is analysing narratives, he is not aiming to simply explicate some particular film or novel. It isn’t the particular novel or film that is important. Thus, these examinations are concerned to show that different types of knowledge of the causes of crime and social harms are embedded within fiction and that criminologists ought not dismiss the value of fiction for criminological explanation.

I think offering the reader some discussion of the scholarship on the crime or harm represented in the narrative under consideration would strengthen his arguments in these chapters. This would show the reader that the knowledge he discovered is credible. He does not go into detail about the types of crimes and harms he is mining the narratives for knowledge of, so we cannot know, for example, if the mimetic knowledge claimed to be embedded in Michael Mann’s film, Miami Vice, is accurate or reliable. We simply have no way to know or to evaluate the phenomenological and mimetic types of knowledge discovered be McGregor. He is certainly not suggesting we can accept all accounts by authors and directors of their subject matter, but he also does not provide a way to determine what might be a more or less credible account. This suggests something the author does not discuss but probably should – scholars will need to have a deep but also broad understanding of their subject matter prior to their search for phenomenological or mimetic knowledge within narrative fiction. I think the book would benefit from a discussion of this, as it is an important methodological caveat. I can envision some students or academics reading this book and thinking it justifies one to simply describe a favorite narrative’s position on some issue and that this will suffice as analysis. This is not what McGregor is presenting. This is perhaps another reason the book would benefit from longer and more in-depth introductory discussions (in the first three chapters but also at the outset of chapters four through six). In many respects, this book is for advanced scholars, those who are already in a position to critically assess what McGregor is suggesting and able to engage the mode of analysis he is advocating.

Having utilized most of the book to discuss the analytical/explanatory role narrative fiction can have for criminology, Chapter 7, “Criminological Cinema”, concerns the pedagogic role fiction can play. This is a short chapter explaining that narrative structure that is realistic and has a wide appeal to audiences will be better able to have a wide impact in imparting criminological ideas. Again, as with the others, there is a limited ‘set up’ and engagement with existing scholarship to get straight to the example — here an illustration of how the concept of “intersectionality” is exemplified by Beverley Hills Cop. Chapter 8 sums up the book’s argument by recapping the chapters.

As with any book, there are going to be pros and cons. Overall, I enjoyed the book and am sympathetic to McGregor’s position, but believe there are several methodological and epistemological issues that need to be worked out for him to be able to more fully develop his theory of the value of narrative fiction for criminological explanation. There is a philosophical sensibility to how he approaches his subject matter, in how he thinks and writes. This is valuable, and he shows how it is ultimately practical. Ultimately, whether the arguments are convincing will be up to the reader. This is a book worth reading. It will spark thinking and reflection, which is ultimately what all books should do. 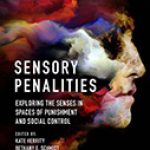