A Criminology Of Policing And Security Frontiers

Randy K. Lippert and Kevin Walby provide readers with valuable and current information in their study of understanding and applying policing and security trends. The authors discuss why and how studying these critical areas are essential to the evolution of policing and security practices.

The book contains eight chapters, a preface, references and an index. The chapters are well constructed and include significant information that leads the reader through a network of policing and security strategies that are central to both subjects.

The authors stress that obtaining research on these new frontiers of policing and security strategies is not always straightforward. Much of their research was obtained via freedom of information (FOIA) requests from the public and private sectors. The authors do an exceptional job of explaining what the term frontier means for criminology as well as policing and security.

Analytical theories associated with policing and security as well as the spatial and temporal dimensions in which events occur are discussed. The authors take a universal approach in some of their concepts by discussing police and security practices in Canada, the United States, the United Kingdom, and parts of Europe and Australia.

Much of the authors’ material is obtained through qualitative and quantitative research as well as interviews with policing and security organizations. They describe policing and security as undergoing an evolutionary process, meaning both are changing constantly, and for the good of society. The authors discuss in detail how difficult it was at times to obtain classified or confidential information from policing and security agencies. They identify three types of pitfalls they encountered during their research. These are labeled: ‘security spins’, ‘security stalls’, and ‘security shutdowns.’ Each of these three pitfalls made it difficult for them to conduct their research in a timely fashion, or sometimes to obtain any valuable information at all.

As an example of their focus, the authors discuss, in chapter 3, Community Safety Officers (CSOs). The Community Safety Officer emerged as a local security provider in many Canadian cities beginning in 2001. The authors address what the CSO’s responsibilities are and how their services are paid for. They also examine the work and strategies of these CSO’s and what kind of impact they have on communities.

The authors include case studies to support their various ideas, and look at how they impact multi-disciplinary and international boundaries. Given all the challenges jurisdictions and organizations face today concerning policing and security, these authors conclude by adopting three major themes: criminology in general benefits from drawing on approaches and concepts beyond its disciplinary borders; second, any foray beyond disciplinary borders demands up to date methods, such as freedom of information requests. And third, types of policing and security provision migrate and mutate across jurisdictional boundaries.

This is a well-written, clear and informative book.

Kevin Cassidy-Professor in the Security, Fire & Emergency Management Department at John Jay College. He is also a member of ASIS. 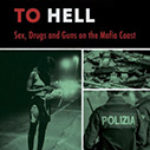 Roadmap To Hell: Sex, Drugs And Guns On The Mafia CoastBooks, Full Reviews 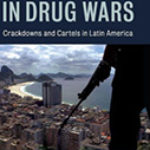