Alphonse “Al” Capone has probably been the subject of more biographies than any other criminal figure. The author estimates several hundred. So why another biography?

The author is a well-known biographer, who gained access to several surviving grandchildren of Al Capone with memories of him. This book adds some private, family perspective to a very public figure, with content included about Capone’s extended family — more than is found in most other accounts of his life. Al Capone felt a tremendous obligation to support his extended family for many reasons, not the least of which was the fact that very few other adult males in the family could be counted on for regular financial support.

This biography tracks Capone’s life, criminal activity, and trials from his beginnings to his death, in 26 chapters. That history includes his early, poor roots in an Italian immigrant family, to his move to Chicago, relationships with other members of his family, his remarkable Irish wife, and his notoriety at an early age, which led to a premature downfall.

This biography is best when the author provides underreported historical detail. Alphonse Capone was born in 1899 at a time when the Italians had replaced the Irish at the bottom rung of the new immigrant ladder. The author quotes a city official from the period “We can’t get along without the Italians; we want someone to do the dirty work and the Irish aren’t doing it any longer.” (p.6).

Al and his brothers all left school early and engaged in local criminal activity to make money, despite the hard work of their parents to the contrary. Al’s unique characteristic was that he was a tough guy who was a better fighter than most, even though he was a good student, especially in math, but simply stopped showing up for school. He was a bit bigger physically than most kids his age, so he was able to pass for an older youth. It was early in life when Al’s short temper first manifested and, combined with growing up to about six feet tall and weighing over 200-250lbs with a muscular build, he became someone to be reckoned with.

Capone had the benefit of learning the rackets and how to manage illicit businesses — especially numbers, extortion and stolen property — from successful older criminals, such as Frankie Yale and Johnny Torrio. He held a legitimate job as a bookkeeper for almost two years, after he was married and had his first child, but after his father’s sudden death in 1919, Al had to become the breadwinner for the family, so he returned to the rackets. An interesting family situation, not featured in some other biographies, is that his son’s (Sonny) multiple health problems as a youth were the result of Al’s infecting his wife (Mae) with syphilis, contracted from prostitutes, which was then passed onto Sonny. This was an era before the invention of antibiotics, so the effective treatment of syphilis had not yet occurred.

Capone moved to Chicago to follow Johnny Torrio, after seriously injuring a rival gang member in a fight that provoked a vendetta against him. Al Capone arrived in Chicago as a low-level hoodlum, then to rise to be Chicago’s most powerful and notorious gangster, a reign that would last only six years.

Capone always wanted to be seen as a respectable businessman, and was ashamed at some level about his role in managing prostitution; but he continued doing it, while reacting angrily to those who tried to connect him to it. He acknowledged his role in gambling as giving the public “what the public wants” (p. 107). His role early on was to collect earnings from prostitutes, keep the books, manage the premises, and make sure that the necessary people were paid to protect the operation (in government and in the rackets). As his role and influence grew with the advent of Prohibition, he performed the same tasks, but did more managing and had others perform collection and enforcement duties.

The author focuses on Al’s motivation, which while living in Chicago, was to make enough money to bring his mother and his younger siblings to Chicago and support them there. He did not tolerate criticism and threatened reporters when they printed stories connecting him to bribes, threats, and intimidation. Turf wars began to rage as rival gangs vied for control of prostitution and alcohol, following Prohibition. Shootings were very common, and Capone was lucky not to be one of the victims, as he narrowly missed being killed several times. He spent a great deal of time in hiding — primarily from other violent gangs. After Johnny Torrio was seriously wounded and had to serve a short jail sentence, he decided to leave Chicago and return to New York in 1925, leaving Capone in charge, at age 25.

Capone remained angry at the shooting death of his brother Frank, and he was intolerant and violent to any challenges to his authority. Al was loyal and supported his extended family in Chicago for years. He had an expensive gambling habit, and his ability to evade attempts on his life, and control of local politicians and police through bribery, spurred his feeling of invincibility. He sought acceptance in higher social circles, given his financial success, but he was unsuccessful, despite many large parties and charitable contributions.

Al Capone was a sharp dresser, taking from the example of Frankie Yale, and he did not mind his picture being taken (although only from the right side to hide a scar on his left check earned during an early fight). Although not discussed by the author, Capone’s criminal career parallels that of John Gotti in New York, who also worked for more established mobsters early on (Paul Castellano), and whose career as a mob leader was quite short. In some ways, the short careers of both Capone and Gotti were related to their high profile, sharp dressing, and photo-seeking—all of which made them larger targets for law enforcement. Ironically, both of them sponsored fireworks displays in their neighborhoods on the 4th of July, and enjoyed the positive publicity these drew.

The size of Capone’s influence in Cicero, Illinois and Chicago is demonstrated by the fact that by 1924, with Prohibition well underway, there were 161 gambling dens, 123 saloons, and 22 brothels in Cicero alone (a town of 60,000). A Harvard case study cited by the author uncovered 700 gang-related deaths from 1920 to 1930, with Capone connected to 200 of them in some way. Capone largely corrupted the local police, so his primary threat came from other violent gangs attempting to control organized gambling, sex, and alcohol in the Chicago area.

Capone reached celebrity status, and was constantly hounded by the press for coverage and stories (some true, many false). He lost all privacy, so his movements with or without his family were followed closely. Time Magazine put him on the cover in 1930. There were also at least five books published between 1929 and 1931 purporting to tell the truth about Al Capone, exacerbated by the release of the movie Scarface in 1932, which was extremely popular. He was unwelcome in some places outside Chicago due to his reputation, but he ultimately was able to buy property under a different name in Miami Beach. A presage of his undoing occurred in 1927 when the U.S. Supreme Court ruled that illegal income was also subject to taxation. It was this simple idea that led to the successful criminal prosecution of Capone: “Why was it that criminals involved in Prohibition flaunted such great wealth even as they never paid taxes?” (p. 142).

There were a number of turning points that triggered the fall of Al Capone, but perhaps the most important was the St. Valentine’s Massacre, which shifted public indifference to Capone’s activities to shock and horror. The public and the political establishment were “finally galvanized into taking serious action” (p.138) against the violence, and Al Capone was the best-known figure in Chicago to target. This occurred when President Hoover got federal investigators, who were not exposed to the corrupt influences in Chicago, involved.

Capone was ultimately convicted on tax evasion charges in 1931 and sentenced to 11 years in prison, following his six-year reign as head of the Chicago Outfit from 1925-1931. He was released from prison in 1939 for medical reasons related to advanced syphilis, dying in 1947 at age 48.

In sum, Al Capone was a product of his neighborhood, a condition aggravated by his large physical presence and a short temper from an early age, combined with an aptitude for numbers, and an intolerance for anyone challenging him. He escaped violent death several times, only to die ultimately from syphilis — cramming a great deal of organized crime activity (enhanced by the Prohibition era) into a short period of dominance in Chicago. It was his truncated reign as a major organized crime figure, during a period when both law enforcement and the press were too weak to confront him sooner, that resulted in his legendary status. This biography takes its place among the many others by providing more extensive coverage of his immediate family and descendants, and of how his dedication to his family was apparent, despite his illicit methods of earning that support. 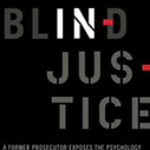 Blind Injustice: A Former Prosecutor Exposes The Psychology And Politics Of Wrongful ConvictionsBooks, Reviews in Brief 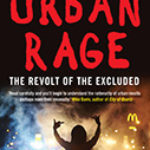 Urban Rage: The Revolt Of The ExcludedBooks, Full Reviews