Had only the author penned this book after the storming of the US Capitol on January 6, 2021!

This is a book about the far right.  The Alt-Right.  About anti-immigration, nativism, and fascism. The argument is simple: Fear and prejudice drive nativism which drives American politics, which drives anti-immigration laws and hatred for immigrants.  The equation is simple: the author sees powerful parallels between contemporary far right politics in America and fascism.  That was the danger of Donald Trump and his presidency, and the threat remains even though he is no longer in office.  Perhaps it is Hitlerism without Hitler?

Journalist Brendan O’Connor writes an unusual criminal justice book.  It is one that links social movements to politics and politics to law.  Much in the same way that many connect disparate stops, arrests, sentencing, and incarceration of people of color to racism in America, leading some to argue that simply being Black is illegal, this author makes a similar claim about immigrants and immigration law.

Within American society there has always been a xenophobic nativism.  Despite being a nation of immigrants, we also hate them.  The World War II Japanese Internment proves that. Immigrants especially serve as a useful scapegoat in contemporary politics.  For more than a generation white working-class America has seen its economic position erode as manufacturing jobs disappear.  Unions were attacked and weakened to the point of where they can barely protect workers. White Caucasians are a decreasing percentage of the US population.  The historical profile of America as White Angle-Saxon Protestant is about to end as the demographics will make them a minority in a decade or so.  As their social and economic status erodes, someone has to be the blame for it?  Corporate America, technology, or government policies should be the answer, but instead there is another villain.  It’s immigrants.

Nativism and racial politics play upon fear and anxiety.  Many fear and are scared of a future where they are economically and socially insecure.    The source of that fear is those people who take our jobs.  Those people who cross our border and who sell drugs, rape, kill, and commit other crimes.  Even before Donald Trump there was this fear.  Donald Trump and Trumpism is merely a product of this preexisting nativism.

This book chronicles how this nativism grew again in recent years.  How it got hold of the Republican Party and transformed immigration and border control into a battle-hardened struggle.  It details the get-tough policy on immigration, even under President Obama, where there were record deportations.  It discusses the indifference under Trump to separating children from families, and the failure for more than a generation to reform immigration laws. Anyone who has read the papers or paid attention to current affairs knows all these facts.  What is new in this book is the willingness or boldness of the author to declare that the same fuel driving current immigration policies and hatred toward immigrants is what drove Nazism in Germany.  Nativism and their policies are simply Fascism.  Instead of blaming the Jews, the new scapegoat are immigrants.

Readers will find interesting O’Connor’s parallel descriptions of current Right Wing Nativist Trump politics and Hitler’s National Socialist movement.  Here the author contrasts the attack on unions, the fragmentation of civil society, the assault on an ethnic minority and appeal to racial images as central to both movements.  And all this was written before January 6, 2021.  A fitting postscript to the book would have connected the nativism to that date.  It would have linked the so-called patriots waiving confederate and “don’t tread on me” flags to both a deeply held fear that is part of the fabric of American society, and to a president and a set of policies that enabled and played upon that fear. 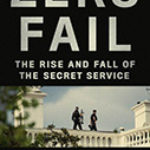 Zero Fail: The Rise and Fall of the Secret ServiceBooks, Full Reviews 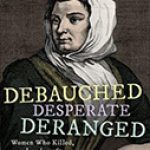