The Boundaries of Criminal Law

The Boundaries of Criminal Law is the first of seven books on the topic of criminalization that will be published in connection with a major research award granted by the UK’s Arts and Humanities Research Council (AHRC). The release of this first volume, therefore, should be viewed as something of an amuse-bouche, whetting the reader’s appetite for the feast to follow – and, indeed, it does so with tremendous success.

The original essays in this collection, gathering together contributions by philosophers, legal academics, criminologists, and historians, take up the “apparently simple question: what should be criminalized?” (1) As the editors masterfully demonstrate in their co-authored introductory chapter, however, the question of criminalization is anything but simple. Indeed, upon scratching the surface, merely identifying what criminalization is proves to be a difficult task in its own right. On the most basic level, one might think that criminalization amounts to the enactment of penal statutes prohibiting particular kinds of conduct and designating punishment for violations. It becomes readily apparent, however, that this simple story risks both over-inclusiveness and under-inclusiveness, insofar as it fails to account for constitutionally infirm (and therefore potentially invalid) criminal statutes, and fails to account for the sense in which “law in the books” may fail to constitute “law in action” due to non-enforcement. As the editors correctly conclude, “the question of what should be criminalized, as well as that of what is in fact criminalized, cannot be answered in terms simply of criminal statutes.” (3)

Building on this theme, Carol Steiker’s, “Criminalization and the Criminal Process: Prudential Mercy as a Limit on Penal Sanctions in an Era of Mass Incarceration,” approaches the question of criminalization by focusing on discretionary actors in law enforcement, rather than legislators. Critical of penal populism’s “ratcheting-up effect” and the crisis of overcriminalization it has fostered, Steiker argues that the merciful exercise of discretion by law enforcement actors (such as prosecutors) can serve as an effective “counter-ratchet” to these trends. The chapter presents a compelling case that discretionary actors should exercise their discretion with “greater doubt and discomfort” than is typical, and that doing would tend “towards leniency that we would fairly describe as ‘merciful’.” (57) As a former prosecutor, I was thoroughly convinced by Steiker’s argument – although I occasionally wondered whether the concept of mercy to which she appealed might not be understood better as a plea for justice rather than mercy. Still, labels aside, the chapter is a powerful and important contribution to debates regarding criminalization. It deserves to be read by every discretionary actor in the criminal justice process – especially prosecutors – and would make a valuable contribution to the reading list in a variety of courses, including Criminal Law, Criminology and Legal Ethics.

Several essays focus on the border between criminal law and civil regulation, including Victor Tadros’, “Criminalization and Regulation,” which employs an instrumentalist conception of proportionality as a tool for understanding why it may be permissible to criminalize harmful conduct even when those harms are otherwise compensable through non-criminal measures. Typical of Tadros’ work, this chapter is chock-full of engaging philosophical reflections which serve not only to improve our understanding of the particular issue directly under consideration (here, the criminal-civil divide), but further illuminate a host of important related issues (inter alia, condemnation, punishment, compensation). One can only hope that the ideas to which Tadros tantalizingly gestures in this short chapter, particularly those regarding the role of general deterrence in justifying criminal punishment, will be further developed in the monograph he is writing as his individual contribution to the broader AHRC criminalization project. For now, Tadros’ chapter provides an insightful account of the distinctions between penalties and punishments, and a plausible basis for even the most committed criminal law skeptic to prefer criminalization to civil compensation under some circumstances.

Andrew Ashworth and Lucia Zedner explore the proper border between the criminal and civil in “Preventive Orders: A Problem of Undercriminalization.” The chapter offers an illuminating and timely critique of the recent proliferation of quasi-criminalization measures, focusing on developments in the UK – although the implications of their argument readily apply to various forms of quasi-criminalization in the US and other countries. As suggested by the title of the chapter, the authors seem to be endorsing something of an expansion of the criminal law, which will undoubtedly surprise readers familiar with Ashworth and Zedner’s principled minimalist approach to the scope of criminal law. However, as the authors clearly demonstrate, the expansion of criminal law they defend is not an expansion of the substantive criminal law, but rather the procedural criminal law. Under the current scheme in the UK and elsewhere, many preventive orders carry sanctions which are more harsh than criminal offenses – and yet, because these are categorized as civil orders rather than criminal offenses, people accused of breaching these preventive orders are not provided the procedural protections that would accompany a criminal charge. In sum, Ashworth and Zedner’s argument is that if a preventive order quacks like a duck, we should call it a duck. If we think we can dodge our obligation to afford criminal law’s procedural protections to the accused simply by slapping the label ‘civil’ on these preventive orders, we are kidding ourselves. Not only does this mislabeling undermine our basic commitment to justice, but, as the authors demonstrate, correctly labeling these preventive measures as criminal offenses would serve the interests of both alleged perpetrators and victims. In sum, there is little sense, and even less justice, to be found in the way that preventive measures are currently structured. Fortunately, Ashworth and Zedner’s argument is so carefully set out, it provides a clear roadmap for legislators wishing enact the necessary reforms to ameliorate these injustices – and their argument is so thoroughly convincing that it should provide responsible legislators with strong motivation to do so.

Duff’s contribution, ‘Pervsions and Subversions of Criminal Law’ picks up on the problem identified by Ashworth and Zedner, critiquing such mislabeling as a ‘subversion’ of criminal law. ‘Perversions’ of criminal law, on the other hand, occur when non-wrongful conduct is criminalized. Such a perversion is aptly illustrated in Duff’s chosen example: s.57 of the UK’s Terrorism Act 2000, which prohibits possession of any item “in circumstances which give rise to a reasonable suspicion that [the] possession is for a purpose connected with…terrorism.” Indeed, s.57 does seem to reach well beyond the proper limits of the criminal law, insofar as it grounds a defendant’s prima facie liability on what others perceive about him rather than what is actually the case. Yet, as Duff recognizes, whether such conduct may properly be criminalized – that is, whether the burdens imposed by s.57 are justified in the interest of the common good – must be answered according to “a political theory of the state, as well as on a moral theory of wrongdoing and culpability.” (90)

Political theories of the state feature prominently in Markus Dubber’s “Criminal Law between Public & Private,” in which Dubber offers an illuminating commentary on the notion of crime as a public wrong. In this richly illustrated historical and cross-jurisdictional essay, Dubber sets out the development of the notion of public wrongs – outlining a transition from a “police model” in which crime is understood as a public matter because the paradigmatic victim of crime is the state itself, toward a model in which crime is understood principally as an interpersonal event between the perpetrator and victim. The alternative model sketched by Dubber, which is consistent with the most influential current understandings of crime as a public wrong, casts the state out of the role of direct victim and into the role of protector of its subjects’ personhood. As Dubber observes, “the state’s function is precisely to manifest and protect the personhood of its constituents, even and especially when they commit a delict against one another.” (213) This account of crime as public wrong, Dubber argues, provides a basis for concluding that criminal law should be limited to “cases in which it is necessary to (re)assert the personhood of victims…”

The theme of serious crime as an attack on the victim’s personhood is taken up in John Stanton-Ife’s intriguing contribution, “Horrific Crime.” Stanton-Ife identifies offenses such as vandalism, theft and assault as violations of the rights of persons, as distinct from offenses such as murder and rape, which violate personsthemselves. Taking the example of rape as his central illustration, Stanton-Ife offers an insightful critique of John Gardner and Stephen Shute’s influential account of the wrongness of rape (an account which is also taken up by Farmer, below). Stanton-Ife argues that Gardner and Shute’s misstep lay in the tendency of their “sheer use” principal to relegate the centrality of non-consent in accounting for the wrongness of rape. According to Stanton-Ife, “sexual consent is central to selfhood,” and thus any adequate account of the wrongness of rape (which is to say an account that recognizes rape as a “horrific crime”) must give priority of place to the victim’s non-consent.

Lindsay Farmer’s essay, “Criminal Wrongs in Historical Perspective,” offers an insightful account of the historic development of our notion of both crimes and moral wrongs. Explaining that crime is both “generated by and productive of social order” (237), Farmer illustrates how this complexity renders futile any attempt to develop a “master principle” of criminalization. There is no single principle, he argues, that will allow us to move seamlessly from considerations of moral wrongs to criminal wrongs, for as we “move from moral theory to a discussion of legal wrongs the picture becomes too complex to rely on any single principle.” (225-226) Rather, the best way forward in thinking about the questions of criminalization is to pick out particular crimes and attempt to identify “patterns of liability in the development of legal wrongs and how they relate to the body of criminal law as a whole.” (226) In doing so, Farmer warns, we should be careful not to assume a static notion of what counts as a core or paradigmatic criminal offense, for such notions, and even the moral notions of wrongs to which they relate, are themselves subject to historical development.

Balancing Farmer’s call for us to look backward in time, Mirielle Hildebrandt’s, “Proactive Forensic Profiling: Proactive Criminalization?” shifts our focus to a set of futuristic concerns foreshadowed in Philip Dick’s fictional short story, “The Minority Report.” Hildebrandt critically reflects on the increasing use of new profiling technologies by law enforcement and the move toward “actuarial justice,” raising the concern that profiling technologies set the stage for holding persons criminally responsible for possessing characteristics that correlate with criminal profiles, rather than holding them responsible for what they actually do.

This collection of essays makes an important contribution to criminal law theory within a liberal, analytic philosophical tradition. Perhaps symptomatic of the blind spots common to this tradition, however, the one missed opportunity in this first volume was its failure to engage more fully with how structural inequalities (particularly those along lines of gender, race, ethnicity, and class) might inform an adequate understanding of criminalization. While Steiker’s contribution is a notable exception with respect to its recognition of the salience of racism to the problem of overcriminalization, both Stanton-Ife’s account of the wrongness of rape and Farmer’s discussion of “upskirt” photography and extreme pornography might have benefited from engagement with considerations that arise in light of structural inequalities along gender lines. Still, as this collection is but the first of many, one can expect that the remaining volumes will take such matters into account more fully. For now, the editors are to be congratulated for bringing together this superb body of work, and are to be encouraged to continue along the fruitful path they have begun. With eager anticipation of what is to follow, I recommend The Boundaries of Criminal Law unreservedly to anyone interested in thinking more clearly and productively about the questions criminalization. 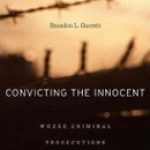 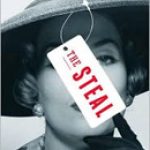 The Steal: A Cultural History of ShopliftingBooks, Reviews in Brief