Capital Defense: Inside The Lives Of America’s Death Penalty Lawyers

Speaking of football Hall-of-Fame running back Earl Campbell, the former Houston Oilers head coach Bum Phillips famously quipped, “I don’t know if he’s in a class by himself, but I do know that when that class gets together, it sure don’t take long to call the roll.” Exactly the same might be said for the universe of death penalty lawyers in the United States. Not all capital defenders belong in anyone’s hall of fame, but it is a relatively small universe of lawyers, and in their recent book, Gould and Barak (themselves not lawyers) seek to identify common characteristics of the members of that universe.

At one level, there is no obvious reason to think death penalty lawyers would have significantly different motivations or ideals from criminal defense lawyers generally: Both represent people accused of often notorious crimes. But Gould and Barak identify several features of death penalty litigation that suggest there is in fact something distinctive about the lawyers who defend accused murderers. Most obviously, whereas all criminal lawyers bear the stress that accompanies a jury’s verdict of guilty when the lawyer is absolutely convinced the defendant is innocent, death penalty lawyers can lose even when there is no question as to their clients’ guilt, because the only thing that stands between the defendant and a death sentence is the lawyer (and her team). This uniquely weighty burden is reason enough to hypothesize that members of the death penalty universe might share certain characteristics that explain why anyone would willingly endure that stress, and how that illuminates their ability to do so.

Gould and Barak begin their analysis by identifying what is different about a death penalty trial as compared to other criminal prosecutions. Since capital punishment returned to the U.S. in 1976, all states with the death penalty use a bifurcated trial. At the first phase, the jury determines whether the defendant is guilty of capital murder; if the defendant is found guilty, the second phase addresses punishment, i.e., life or death.

There is nothing in criminal law quite like the punishment phase of a capital trial; it requires the legal team to learn virtually everything about the defendant. A first-rate trial team will construct a three-generation family tree, learn the medical and criminal histories of everybody on it, and interview as many of them as it can find. The team will review every medical, legal, and educational record in their client’s history; will interview every friend, family member, teacher, jailer, coach, or religious figure their client has ever known. In other words, members of a capital defendant’s legal team probably know their client better than most spouses know their partners.

Gould and Barak’s discussion of the structure of a capital trial is succinct and clear, and aims to highlight precisely the features of a death penalty proceeding that might distinguish the lawyers who are drawn to such trials from their counterparts who engage in more general criminal law practice. Moreover, Gould and Barak are interested not only in examining why lawyers are drawn to this work, but also in exploring the specific toll — physical and psychological — that bearing that load entails.

Their method — about which I will add a few words below — was to interview lawyers who either engage in capital defense exclusively or, while doing other criminal work as well, specialize in death penalty litigation. As an appendix, they include a basic outline of the questions and issues that provided the scaffolding for these interviews.

What Gould and Barak learned from this method when it comes to the former question (i.e., “Why capital defense?”) is, at least to anyone with an insider’s understanding of the criminal justice system, not surprising. Lawyers are drawn to capital work because of the role race and economic disadvantage play in the system, because they are philosophically opposed (either for religious or secular reasons) to capital punishment, because they self-identify as outsiders, and, perhaps most critically, because they have deeply held views that the fact that someone does a terrible thing does not make that defendant a terrible person. Hearing the lawyers Gould and Barak interviewed express these sentiments in their own words is compelling, and often moving, but again, not altogether surprising, at least to those who are familiar with how the criminal justice system works. For others with less familiarity, however, hearing these ideas from people who work inside the justice system might well be alarming.

If there is a problem with the first part of the book, it is that shelves of other books and stacks of articles over the past sixty years or so have illuminated and, in many instances, quantified all of these systemic defects that Gould and Barak identify as reasons death penalty lawyers become death penalty lawyers. To be sure, coupling these system failures with the motivations of lawyers who decide that their calling is to grapple with the system is an addition to the existing literature, but perhaps a less important addition than the second one Gould and Barak provide.

That second contribution is a sensitive and sympathetic, and extremely valuable, discussion of the toll capital defense takes on the lawyers who stand between their clients and execution. (Appropriately, Gold and Barak title this chapter simply “The Toll.”)

Three years ago, a study commissioned by the American Bar Association reported on alcohol and substance abuse among members of the legal profession. According to the study (N=12,825), nearly 21% of those surveyed manifested problematic drinking. (The full study is available here.) Large percentages also reported other substance abuse and signs of clinical depression. I mention these profession-wide statistics to underscore that a mere finding that capital defense lawyers exhibit signs of depression and substance abuse would not be surprising; on the contrary, it would be consonant with profession-wide characteristics.

And indeed, Gould and Barak (citing an older and far more limited study) report similar statistics for mental health concerns and substance abuse in the legal profession. But they then pivot to an examination of studies that have examined the mental health of those who work in so-called helping professions. These vocations include law enforcement, emergency medicine, and the like, and Gould and Barak explicitly place capital defenders in this group (and cogently defend that placement). The hard data are thin and cannot support robust conclusions. But Gould and Barak have nevertheless compiled a kaleidoscope of anecdotes that certainly possess an intuitive ring of truth. They quote practitioners who say the anxiety resulting from representing someone facing death never abates; they report compulsive behavior and a sort of defeatism growing out of the perception (grounded firmly in reality) that capital defenders almost never win.

To be sure, there are counter-voices. Some of their interviewees reported more stress when doing other types of legal work, and Gould and Barak note that many of their interview subjects were entirely uninterested in introspection or a deep mining of their motivations. Nevertheless, the aggregate portrait of the lawyers Gould and Barak interviewed is of a particular kind of practitioner who cannot help taking the work home, who feels the burden of the work 24 hours a day, and whose burden inevitably imposes collateral costs on the lawyer’s family (including spouse or partner and children). If there is a surprise in this chapter of their book, it is that the lawyers who do the work appear to be neither debilitated nor defeated by it.

In the end, however, this portrait is only as reliable as the method of creating it, and that method has some inherent limitations. Gould and Barak interviewed sixty lawyers, but that is about all the reader knows with respect to their methodology. Some capital defense lawyers (for example, those who work on capital habeas units (CHUs) of federal public defender offices and those who work in state capital defender units) work on death penalty cases exclusively; other capital defense lawyers work on other criminal cases as well. We do not know how many of each Gould and Barak interviewed, and it is therefore hard to know what to make of the book’s most intriguing chapter (i.e. “The Toll”). The authors used a word-of-mouth referral network to identify the lawyers they reached out to. They acknowledge that this method risked creating a nonrepresentative sample (highly skilled lawyers, for example, are not likely to recommend the authors interview a lawyer they deem to be inferior), but that concession does not illuminate how representative the sample is. Gould and Barak report that they did endeavor to interview some lawyers regarded as infirm, but without success. (They then cattily attribute their failure to the fact that the lawyers they reached out to did not call them back, and they imply that the lawyers’ desultoriness in returning their phone call mirrors their supposed ineptitude at representing clients. I myself can think of many other explanations, including that the lawyers were busy, or simply did not want to be interviewed.)

Finally, in the mid 1990s, the number of death sentences imposed nationwide exceeded 300; in 2019, the figure was fewer than 40. Similarly, in the mid 1990s, the number of executions nationwide approached 100 a year; in 2019, that number was 22. The death penalty, in other words, is largely disappearing, which means that in the relatively near future, there will be significantly fewer death penalty lawyers whose practices are devoted exclusively to capital work. Given that fact, knowing more about the demographic of the interview subjects would certainly be useful. On the one hand, it is easy to imagine that the lawyers most psychologically (and even physically) affected by the work are those who do it exclusively; on the other hand, it is also easy to imagine that those lawyers are precisely the ones who have the temperaments not to be significantly affected by the nature of the work. Unfortunately, Gould and Barak do not address this issue at all.

Gould and Barak set out to provide an accurate overview about the qualities of the lawyers who bear a burden quite unlike any other burden borne by actors in the legal system. Given their own objective, Gould and Barak have delivered a worthwhile and well-written book that tells us much more than we knew before, but also much less than it is possible to know.

* David R. Dow is the Cullen Professor at the University of Houston Law Center and the founder of the Texas Innocence Network. He and his team have represented more than 110 death row inmates at every stage of state and federal appeals. He may be reached at DDow@UH.ed. 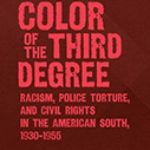 The Color Of The Third Degree: Racism, Police Torture And Civil Rights In The American South, 1930-1955Books, Full Reviews 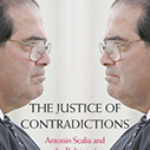 The Justice Of Contradictions: Antonin Scalia And The Politics Of DisruptionBooks, Full Reviews