As attention turns to Xi Jinping’s expected securing this fall of a momentous third term as head of the Communist Party of China (CPC), it is striking to pause and look back at developments since he took the helm a decade ago. Chinese Courts and Criminal Procedure: Post-2013 Reforms provides an insightful window into a web of complex dynamics during this period.

Published in 2021, the ten-chapter volume with contributions from a strong collection of scholars focuses on the period from late 2014, when the CPC issued judicial reform guidance at the 4th Plenum of the 18th Party Congress, to just prior to the pandemic’s onset. Contributors also weave in critical historical context that stretches far earlier. The book’s primary contribution, however, is its close examination of developments under Xi’s leadership combined with thoughtful analysis of the observed trends.

Chinese Courts and Criminal Procedure is a deliciously dense book. It provides a rich, satisfying exploration of key criminal procedure reforms as well as a broader view of Chinese courts that spans far beyond criminal justice. Though different authors bring their individual perspectives, there is an overarching frame of the importance of understanding Chinese courts as they actually operate, not just as the law describes them. For example, a recurring theme is how enhanced court professionalism and autonomy can push in a regime-supporting direction by more deftly balancing the interests of disgruntled citizens and the party-state. In other words, strengthening legal institutions is not synonymous with strengthening individual rights. Nor do revisions to the written law that appear to push in a direction of enhanced due process for the accused necessarily deliver that shift in practice.

The various authors both illuminate the complex dynamics within the courts and untangle how the courts interact with other government and party bodies and the public. Though courts have in some ways gained power in the post-2013 period, there are repeated reminders how they are but one participant—and a historically weak one—in a much larger ecosystem. This ecosystem has long involved the police and procuratorate (with prosecutorial and supervisory powers) within the formal government structure, as well as the deeply intertwined CPC system. For example, party discipline authorities historically initiated corruption investigations but handed them to the procuratorate for criminal proceedings. It was expected that criminal punishment would follow, but the procuratorate at least held power to shape the formal criminal case that the party bodies lacked.

Chinese Courts and Criminal Procedure captures a seismic shift in this dynamic: the 2018 creation of the National Supervision Commission (NSC) and subsidiary supervision commissions at local levels, which wield both administrative and criminal supervisory powers. While other scholars of China’s political-legal system have discussed the significance of the NSC’s explicit melding of party and state, the authors in this volume really dig into the nitty-gritty of institutional dynamics as the NSC gained momentum.

The NSC is the most prominent manifestation of a broader trend that Björn Ahl addresses in his astute introduction that sets the stage for the detailed chapters that follow: “In contrast to the previous rule-of-law rhetoric, which focused on institutionalizing socialist rule of law through legislative reform, the emphasis now is on party leadership at all stages of implementation of the law” (p. 3). That the ‘party’ in ‘party-state’ is projecting an even more vigorous role (though, to be clear, its dominance has never been in doubt even when less in the foreground) is not a novel observation. This volume’s book’s value is the depth and granularity it brings to our understanding of courts and criminal justice in China’s repressive political environment. Ahl briskly draws the path of court reforms since the reform and opening period began in 1978, which helps situate readers who are not familiar with China’s legal development.

Following the introduction, the volume has a tripartite structure. Chapters 2 to 5 explore the roles of various state and party actors involved in the court system. The book then turns to three foci of criminal procedure reforms: pretrial custody, witness testimony in court, and criminal reconciliation (Chapters 6 to 8). It ends by investigating the administrative structure of the judiciary and the role of the media and other public scrutiny (Chapters 9 and 10).

In “The Meandering Path of Judicial Reform with Chinese Characteristics” (Chapter 2), Xiaohong Yu outlines China’s decades-long path of judicial reforms, emphasizing the post-2012 period reforms pertaining to judicial transparency, personnel reform, soft centralization, and supervision reform. Yu examines the massive, and purposeful, disruption caused by the 2018 creation of the NSC, and she explores the nuances of frictions between local and central authorities. Despite the overarching dominance of the party, Yu observes an unexpected result: “The even greater degree of fragmentation following the supervision reform may lead to greater discretion in judicial practice and, consequently, more meaningful governance based on rules (i.e. a rule of law with Chinese characteristics)” (p. 58).

Chapter 3 by Yulin Fu, “Dimensions and Contradictions of Judicial Reforms in China,” looks at how civil procedure reforms that shifted the role of judges helped spur judicial transparency and professionalism. Fu disentangles the vast court system, helpfully explaining the roles not only of judges but also of the extensive court staff. Ultimately, in the conflict between “legal logic” (e.g., the push for professionalization and transparency) and the “political logic” of the CPC, the political side prevails, thus sharply limiting the strength of judicial reforms (p. 81).

Susan Finder’s contribution (Chapter 4) on “How the Supreme People’s Court Drafts Criminal Procedure Judicial Interpretations” examines the “gated community” of authorities involved in this largely opaque process (p. 84). She traces the path from inception through final approval during which consultations with various actors, from domestic academics to foreign legal experts, can occur. At heart, however, Finder posits that it “is a uniquely Chinese process—policy oriented, technocratic, consultative, non-transparent, and more solicitous of the view of the relevant authorities” (p. 87).

In Chapter 5, “Judicial (Dis)Empowerment and Centralisation Efforts: Institutional Impacts of China’s new Supervision Commissions,” Ye Meng situates the NSC as integral to the CPC’s efforts to assert recentralization and adjust the power distribution among various party and state entities. She introduces the longstanding interplay between the courts and procuratorates and then analyzes how the supervision commissions are fundamentally altering the landscape: “the reform has substantially weakened the judiciary’s power vis-à-vis the local party committees and other state institutions” (p. 111). This shift undermines other reform efforts, such as the government’s stated aim of moving toward a more trial-centric model of criminal procedure.

Chapter 6 shifts the spotlight directly to criminal procedure reforms with Alexandra Kaiser questioning, “A New Model of Habeas Corpus in China? Procuratorial Necessity Examination of Pretrial Custody.” Kaiser connects domestic reforms to China’s commitments under international law, arguing that the procuratorate’s “custody necessity examination” does not meet the habeas corpus guarantee in the International Covenant on Civil and Political Rights (ICCPR), which China signed over twenty years ago but has not ratified (pp. 144, 146). She highlights trends that are creating increasing distance between China’s domestic legislation and the ICCPR’s requirements, providing the key takeaway that “[t]he distribution of powers and checks and balances in China’s criminal justice system seem to cause an irreconcilable conflict between human rights protection and institutional interests” (p. 181).

Zhiyuan Guo tackles another crucial aspect of criminal procedure, the persisting lack of “Live Witness Testimony in the Chinese Criminal Courts” (Chapter 7). Guo uses empirical work to reveal why the official language of creating a more trial-centered criminal process has failed to alter the dearth of in-court testimony. As with other chapters, Guo examines the dynamic relationships among the courts and other actors in the criminal justice process. While not the sole barrier—witness reluctance to appear is, for example, another—courts’ strong resistance to questioning evidence from the police and procuratorates leads to overwhelming emphasis on written testimony.

Kwai Hang Ng and Xin He round out the chapters centered on specific aspects of criminal procedure by analyzing “Blood Money and Negotiated Justice in China” (Chapter 8). Using data from fieldwork in two basic-level courts, Ng and He demonstrate how fear that aggrieved victims and/or their families will mar judges’ records for maintaining social stability has incentivized judges to push for negotiated settlements. That cash payments by defendants are central to this process exacerbates already present social inequality.

Ng and He’s assessment of the pressure on judges to quell discontent is elaborated in Michelle Miao’s contribution on “Performance Evaluation in the Context of Criminal Justice Reform: A Critical Analysis” (Chapter 9). Miao examines performance indicators used in China’s criminal justice system, how power relations amongst the main players influences use of these indicators, and the deeper roots of “the ideological and institutional factors that can explain the distortion and limits of reform” (p. 235). This excavation of the inner workings of the criminal justice bureaucracy underscores why statistics like the nearly one-hundred-percent conviction rate are unsurprising when viewed through the lens of judges’ incentives.

The final chapter by Daniel Sprick on “From Populism to Professionalism: The Media and Criminal Justice in China” (Chapter 10) probes shifts in legal populism. He argues that courts have gained ground in controlling public messaging by using social media, live streams of court hearings, and databases of court decisions (albeit with selectivity regarding which cases are published). Sprick’s explanation of the interplay between courts and the media is yet another example of this book’s textured account of how courts operate in China.

Given the contributors to this volume, I expected, and was rewarded with, a learned discussion of trends in Chinese law and institutions, as well as a bonus of expansive footnotes for future reference. What I did not expect alongside gaining knowledge was to experience a sense of loss. The loss is first of the access to people and institutions in China that was already palpable prior to the pandemic but which intensified when China’s physical borders became nearly impenetrable. While virtual interactions have maintained a minimal level of contact, seeing each other from within rectangles can never replace visiting courts, law schools, and other spaces where law is implemented and discussed. Nor do online interactions allow the intimacy that is conducive to personal insights as seen in Meng’s recounting in Chapter 5 when a member of the party’s disciplinary arm in Guangdong candidly remarked how his office was inextricably intertwined with the local party committee: “‘we are a party organ, and this is a basic set-up that cannot be changed’” (p. 137).

The loss goes deeper than diminished access for foreign academics to China. For the contributors based in China and their colleagues, a growing concern is their access to spaces outside China. While reading Chinese Courts and Criminal Procedure, reports surfaced that several China-based scholars were ordered to withdraw from even online participation in an international academic conference. This, unfortunately, is not a lone occurrence. That several of the volume’s chapters were presented in draft form at a 2017 conference in Germany made me wonder who could participate if that same conference was held today.

And the loss extends further: it is also the diminishing hopes in the post-2013 period that China under Xi’s leadership will allow continued exploration of criminal justice reforms that test core questions regarding the limits of individual rights in an authoritarian state. To the extent that the word ‘reform’ carries with it expectations of movement in an improved direction and that improvement is judged based on the ICCPR and other international human rights norms, a follow-on book to this work might be better named ‘Chinese Courts and Criminal Procedure: Post-2020 Changes.’ I hope that book is eventually written using on-the-ground research because first-hand accounts are essential to understanding Chinese law and politics. I worry, however, what the changes described therein would be. 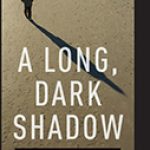 A Long, Dark Shadow: Minor-Attracted People and Their Pursuit of DignityBooks, Full Reviews 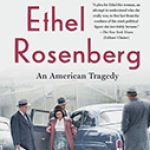