Creativity and Crime: A Psychological Analysis

Creativity is usually assumed to be a benevolent, positive thing. Schools, organizations, and laypeople often seek to increase their creativity. Yet David and Arthur Cropley have long been proponents of thinking about creativity from all possible sides. Creativity, of course, can be used for wonderful things, from medical advances to beautiful art – but it can also be applied to darker forces.

Building off of past work (Cropley, Cropley, Kaufman, & Runco, 2010; Cropley, Kaufman, & Cropley, 2008), Cropley and Cropley narrow in from the broader topic of creativity’s dark side to focus on the special relationship between creativity and crime in their latest book. Both highly readable and comprehensive, Creativity and Crime: A Psychological Analysis should be of both theoretical and practical interest to anyone interested in either crime or creativity, who wants to understand the nature of the underlying connections.

The book begins with broad overviews of creativity and a social sciences approach to crime. The Cropleys present the 6P framework (product, process, personal properties, personal motivation, personal feelings, and social press) as a way of understanding creativity. They then discuss the extended phase model (preparation, activation, generation, illumination, verification, implementation, validation), which describes each stage of the creative problem solving process. These concepts may be familiar to creativity scholars (although the Cropleys put their own spin on the material), but will be absolutely essential to criminal justice scholars less immersed in creativity research. Given that most people (including teachers and creators) tend to have inconsistent or downright incorrect beliefs about creativity (Aljughaiman & Mowrer-Reynolds, 2005; Baas, Koch, Nijstad, & De Dreu, 2015; Sternberg, 1985), this in-depth review is required reading for what is to follow.

The Cropleys then apply different social science approaches (Geography, Sociology, Anthropology, Design, Anthropology, and Psychology) with different emphases on individual or culture to help analyze innovative crimes. They use their 6P framework to first analyze lower-level crimes (such as fraud or scams) and then present a chapter-long case study of creativity and terrorism. They conclude with a chapter on practical take-home points and, importantly, a discussion of how law enforcement can use their own creativity to combat offenders. It is easy to focus on how criminals are getting more and more creative and clever without also remembering that our resources for pursuing such wrong-doers are also becoming more innovative.

Creativity researchers will likely already know the Cropleys’ work and want to read their latest work. For those in law enforcement or criminal justice who are unfamiliar with the authors, this book is highly recommended. The authors take a very complicated and often counter-intuitive intersection of two distinct topics and guide the reader along a thought-provoking, informative, and fun discourse. Many readers will find that they are re-thinking their fundamental assumptions about crime and law enforcement. 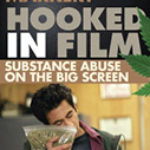 Hooked in Film: Substance Abuse on the Big ScreenBooks, Reviews in Brief 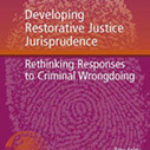