In the summer of 2020, amidst the COVID-19 pandemic that had already claimed over 350,000 lives worldwide, thousands of Americans took to the streets of their cities to protest police violence after George Floyd was killed by Minneapolis police officer Derek Chauvin. That so many people would put their own lives at risk to express their outrage speaks to the importance of understanding the nature and scope of the problem. Yet, surprisingly, we lack consensus on precisely what “police violence” means: some adopt a definition inclusive of all acts of physical violence committed by officers (e.g., Sherman, 1980), while others prefer to delineate justified from unjustified acts of violence (e.g., Westley, 1970) since officers are permitted to use the amount of violence necessary to effectuate a lawful arrest or to prevent harm to themselves or others. This lack of conceptual clarity is compounded by the frustrating absence of a national database tracking police acts of violence – justified or unjustified. In our fragmented US criminal justice system, with over 700,000 sworn officers employed by approximately 18,000 state and local law enforcement agencies, it would be difficult to measure “police violence,” even if we all agreed on what it is.

For the purposes of this book, Philip Stinson defines police violence as “any amount of force used by a nonfederal sworn law enforcement officer that cannot be accounted for under the auspices of lawful necessity in the line of duty” (p. 21). Stinson’s unique perspective allows him to consider police violence from several angles. He served as a sworn police officer in Arlington County (VA) and Dover (NH) in the 1980s before earning his JD and practicing law in the 1990s. He went on to earn his PhD in Criminology from Indiana University of Pennsylvania in 2009, and has since emerged as a nationally renowned expert on police crime and integrity. With the help of his Police Integrity Research Group at Bowling Green State University, he created the Henry A. Wallace Police Crime Database (see https://policecrime.bgsu.edu/), which indicates that from 2005 to 2015, at least 9,819 nonfederal officers were arrested and charged with one or more crimes (of which, approximately 47 percent involved acts of violence). These officers were employed by approximately 3,800 different agencies spread across all 50 states and the District of Columbia. The database is publicly available and allows users to search by location, crime type, and victim characteristics (i.e., gender, relationship to the officer, race/ethnicity, occupation, age, and injuries sustained).

The book opens with several jaw-dropping accounts of criminal activity by police officers. They include revenge-motivated crimes, misuse of firearms while off duty, domestic violence, predatory sexual violence, stealing, drunk driving, and shakedowns. About 2 percent of police officers are arrested at some point during their careers, according to Stinson, but a “much higher percentage…presumably wash out early in their careers or are allowed to resign later in their careers in lieu of being arrested” (p. 13). Perhaps more concerning, it is not uncommon for officers to continue working after being arrested for criminal activity. Stinson’s research shows that roughly 10 percent of officers arrested between 2005 and 2011 were still working as police officers as of 2017.

For example, Officer Gary Steele of the Detroit (MI) Police Department was arrested and charged with several felonies in 2008, including “assault with attempt to murder, for allegedly hitting his girlfriend with a bat, pinning her down, firing three shots near her head, and putting the gun into her mouth while screaming that he would kill her” (p. 12). He pled no contest – to a misdemeanor charge of reckless discharge of a firearm – and continued working until 2019, when a video capturing him making racist comments went viral and the department fired him. Another example is Officer John Lewis of the Schenectady (NY) Police Department, who was arrested nine times between April 2008 and May 2010 for offenses including stalking, drunk driving, criminal mischief, and witness tampering. He was finally fired just before being arrested for a federal firearms offense in 2010.

Unfortunately, it is difficult to hold officers accountable when they commit crimes. Stinson offers several reasons why. One is that police departments usually “own the narrative” (p. 14) when reviewing allegations of misconduct or excessive force, and officers can simply lie about what happened. They rarely have to worry about being cross-examined by a defense attorney, because the majority of criminal cases never go to trial (i.e., the defendant accepts a plea bargain). However, this is changing in the 21st Century, as body-worn cameras have diffused rapidly throughout policing (see White & Malm, 2020). These days, we are more likely than in the past to have an alternative narrative about what happened: the video footage.

Another barrier that impedes accountability is what Stinson calls “The Garrity Problem.” This refers to the US Supreme Court’s ruling in Garrity v. New Jersey (1967):

A police officer is required to answer questions truthfully in internal disciplinary investigations where the officer would be subject to involuntary termination for failing to answer the questions, but … any statements made in that context cannot then be used in criminal proceedings against the officer (Stinson, 2020, p. 15).

In practice, this puts agencies between the proverbial rock and a hard place during disciplinary investigations that reveal evidence of criminal activity. Investigators must decide “whether to gather information by questioning an officer…or to forgo any such questioning and instead proceed with a criminal investigation” (p. 14). Of course, during criminal investigations, officers are protected against self-incrimination by the 5th Amendment and Miranda v. Arizona, just like any other US citizen. Officers are well aware of their Garrity rights, but prosecutors not so much, according to Stinson. The Garrity Problem occurs when prosecutors build their criminal cases against police officers solely or primarily on statements made during internal disciplinary investigations. Stinson believes that hundreds of police officers are fired for criminal behavior each year, but they avoid criminal prosecution because of the Garrity Problem, and the public is none the wiser.

Having presented the best available evidence to date concerning the extent of police violence and other forms of misconduct in the United States, Stinson uses the remainder of the book to discuss the various criminological theories that should guide research on the matters. These include deterrence, rational choice, victimization, and lifestyle theories (Chapter 2); individual-level theories concerned with psychological factors, stress, and personality traits (Chapter 3); social structure theories such as social disorganization and strain (Chapter 4); social process theories such as social learning, social control, and techniques of neutralization (Chapter 5); societal conflict and legitimacy theories (Chapter 6); and integrationist perspectives such as control-balance theory and life-course criminology (Chapter 7). One of the key takeaways from these discussions is that research on police violence and other forms of misconduct has been historically scarce, plagued by inadequate data, and largely atheoretical. With this book, Stinson provides a roadmap for future research in the area.

Criminology Explains Police Violence is a quick read, clocking in at just 142 pages (excluding endnotes and references). Stinson succinctly reviews the extant academic literature in plain English, and occasionally sprinkles in personal stories from his former life as a police officer. As but one example, while discussing police militarization and the “warrior” mentality (see e.g., McLean et al., 2019), Stinson reflects on the three months he spent at the New Hampshire Police Academy in 1986. Being required to march from place to place or ordered to do twenty-five pushups for an infraction may seem harmless enough, but Stinson recalls being “required to square our meals, meaning that we had to move our arms at right angles every time we raised a fork to our mouths” (p. 127). Noting how completely irrelevant this exercise was to the daily realities of policing, he concludes:

It is little wonder that police officers trained in such a hostile environment – where those in power (police academy staff) prey on the powerless (police cadets) – soon embrace the us-versus-them mentality of the police subculture (p. 127).

The book would be a great resource for instructors, where each chapter’s policy boxes and critical thinking questions could be used for writing assignments or to generate discussion in the classroom. Graduate students might also find it useful as they prepare for comprehensive exams. Stinson boils each of the theoretical frameworks down to a few sentences and then discusses how they should be applied to the study of police violence, specifically, or police misconduct, more generally. Young scholars working in this area would be doing themselves a great disservice if they failed to read this book, as Stinson sheds light on numerous gaps in the literature which they could seek to address with their own research.

Simply put: this book is a must-read for anyone who studies policing.

Westley, W. (1970). Violence and the police: A sociological study of law, custom, and morality. MIT Press. 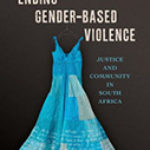 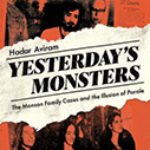 Yesterday’s Monsters: The Manson Family Cases And The Illusion Of ParoleBooks, Full Reviews