Designing Disorder: Experiments And Disruptions In The City

On the inside cover of this book is written: “Designing Disorder is a radical transformative manifesto for the future of twenty-first century cities.” With society’s focus on Black Lives Matter, police defunding, the recent presidential election year, and the coronavirus pandemic, society seems already there. Here, Sendra and Sennett discuss state and city planners, the privatization of the work force, and continued law enforcement surveillance as a way cities are adapting to today’s challenging environment. Their book builds on the theories and work of Richard Sennett. In 1970, he wrote The Uses of Disorder, which warned of the concentration of wealth and power in New York City. When Pablo Sendra read Sennett’s book, he decided to explore which urban design interventions enabled the kinds of disorder that allowed for unplanned activities, and that provided an open-ended urban configuration that could change according to people’s actions. Fifty years later, the sociologist Sennett, and the architect Sendra, revisit these ideas in this book.

This short, 154-page book, contains thought provoking ideas, philosophies and history regarding experiments and disruptions in an urban environment. For example, Sennett had written in his earlier book: “[d]uring the violent disorders, storefronts inside poor communities were set aflame by looters who had infiltrated these rioters. The leaders of street protests could not control these violent parasites from the very beginning.” This might apply today, but mostly it does not. Sennett was discussing the urban disorders of the 1960’s, and times have changed. Today, a protest in the name of some philosophical cause will be accepted by at least some people, and the aim is not destruction, but rather staking out a point of view on some matter of concern.

The authors discuss large cities like New York City and London in describing how these particular cities are filled with migrants and ethnic diversity. How do these diverse communities maintain law and order and how can people feel both physically and socially connected to others whom, in most instances, they do not know? These are some of the ideas addressed in the book.

The authors include the views of a variety of architects and urban planners to elucidate their ideas. For instance, the work of Oscar Newman is discussed. Oscar Newman was an architect and city planner who is well known for his Defensible Space theory. Around 1972, Newman created a criminological subdiscipline regarding inner city architecture that was and still is referred to as “Crime Prevention Through Envi­ronmental Design” or CPTED. Newman’s concepts at the time assisted communities in reclaiming their urban neighborhoods through involvement, design and community alliances. The authors here effectively describe how many of today’s communities are facing similar struggles, and are developing alternative solutions to their problems.

The discussion of urban infrastructure and resources that are owned and or managed by either public or private companies is interesting. The authors challenge the readers to think about ways of reassembling the infrastructure and introducing new components generating collective awareness with respect to how a city operates. Most significantly, the authors enable the reader to understand and conceptualize the geopolitical urban issues pertaining to the private sector and government agencies. 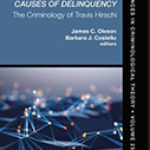 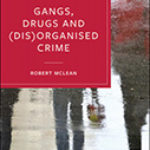