Disability Incarcerated: Imprisonment and Disability in the United States and Canada

Confinement of individuals with disabilities remains a common practice in the United States and Canada. Each nation is also in the midst of an era of mass incarceration. The history of the prison, and confinement of “others” more generally, dates back centuries and continues with modern modifications. In Disability Incarcerated: Imprisonment and Disability in the United States and Canada, editors Liat Ben-Moshe, Chris Chapman, and Allison C. Carey explore the segregation and confinement of individuals with disabilities in the United States and Canada. The contributors come from varied backgrounds, ranging from scholar to activist to one who has experienced the very “incarceration” to which the title alludes. In the foreword, Angela Davis notes the novelty of the theme of this book, combining critical prison studies with disability studies, from multiple perspectives.

As the preface suggests, the term “incarcerated” is not limited to a place behind prison bars. Instead, the term encompasses diverse physical sites and multiple states of being. The institution of the prison itself is not explored at length, which is surprising considering the title; actually the theme of this collection is not at all imprisonment as it is generally defined. Rather, the common thread of Disability Incarcerated is the physical separation of those who portray “otherness” (because of disability) to the majority group, and how these disabilities overlap with race, class, and gender. Again, the title of the book is much more symbolic than literal. “Disability” mostly means “intellectual disabilities” (via various terms including madness and mental disabilities) and “incarcerated” refers to a broad spectrum of confinements, typically other than prison. Taken collectively, the chapters suggest that we must not forget the past in order to improve the future for individuals who have been subject to this broadened term of confinement because of being labeled as disabled.

Part I of Disability Incarcerated combines the theoretical and philosophical works of Foucault and Goffman to discuss the history of discrimination and the separation of individuals with disabilities, with a focus on control over the body (largely relying on Foucault’s works) and physical confinement and control over daily life (including the concept of Goffman’s “total institutions”) for people who are considered to have intellectual disabilities, or in other words are “mad.” Following a discussion of the need for reform and bridging the histories presented in previous chapters, Jihan Abbas and Jijian Voronka (Chapter Seven) examine two case studies to construct the meaning of disability incarceration as being “cultural, symbolic, and material.” Over time, disability has been perpetuated as a form of “states of exception.” These authors express concern that the redevelopment of former institutions obscures their “disability histories in an effort to alter public perceptions and reframe these sites of incarceration as public assets” (p. 135). The discussion in this chapter likewise sets up a discussion of reform, which is a common thread in later chapters. Michael Rembis then draws attention to the connection between the labels of mental illness and the era of mass incarceration. He calls for those who have experienced the incarceration described in the book to be brought into the discussion in a quest for social justice, actually foreshadowing Chapter 10 wherein such a dialogue occurs.

Building on the Foucault-meets-Goffman framework, Part II of the book explores contemporary concerns about the medicalization of disabilities, focusing on specific examples of oppression and confinement. Parallels are drawn between Goffman’s total institutions and the drugging of those presumed to have a mental illness, in terms of control and power.

Disability Incarcerated provides theoretical, philosophical, and empirical contributions to disability studies and cultural studies. The book offers a history of institutionalization from an interdisciplinary perspective, and taken together, the chapters invite a thought project that asks readers to broaden the definition of incarceration and explore the confinement of body, mind, and soul because of disability status. Readers will appreciate the discussion of actual alternatives to incarceration/institutionalization — something which is sometimes missing in the literature — to help combat the critiques often made about abolition movements, and which opens the door for future discussion on true alternatives.

While the book offers interdisciplinary perspectives, those in the disability studies field may not find an abundance of “new” conclusions or arguments here. Criminologists may find themselves searching for more criminological research in the book. Further, the discussion of prison is severely limited, which is perhaps not a problem in and of itself, but then the title, subtitle, and description are somewhat misleading in this regard. In some instances, chapters leave out important connections that have been made, even from the perspectives of those who are/have been incarcerated, between incarceration (in prison) and mental illness confinement, as well as the overlap with race and class. Also largely absent from the discussions in this book is a broader discussion of physical disability. The title suggests the reader will explore “disability,” without an alert that it is mostly a discussion about people labeled as having “mental” disabilities. The authors note that many within this community do not consider themselves as being disabled. Readers, however, may be left questioning the stance of other “disabled” groups in the United States and Canada, as a “voice” for these other groups is absent here.

Overall, the book provides an intriguing history of how individuals with disabilities are confined, and offers thought-provoking accounts of the broader definition of incarceration. With heavy reliance on Foucauldian discourse, the reader is challenged to think about the social issues and discrimination experienced by individuals with disabilities, as well as the overlap between race and class in terms of who experiences the most extreme forms of confinement, broadly defined, and is not limited to prison incarceration. The dialogue throughout invites scholars and activists to think more deeply about the history of disability incarceration, its place in the era of mass incarceration, and the challenges we face in reforming our punitive systems.

Beth A. Easterling is an Assistant Professor of Sociology at Gallaudet University. 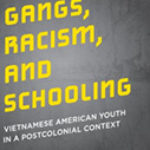 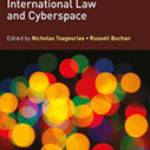