Nancy Marion presents a broad overview of a wide variety of drugs and their effects, examining current drug policy in the United States from a historical and political perspective. This book is ambitious, yet accomplishes much in twelve chapters, flowing logically from an overview of drugs, to patterns of drug use, the history of drug use, types of drugs, politics and drugs, the drugs-crime connection, and prevention and treatment programs, to the debate on drug legalization.

The book opens with recent news of famous actors who used drugs, featuring narratives about Bill Cosby and Charlie Sheen. Marion then presents the perils of drug use, the methods of ingestion, and the theories of drug use, defining some terms related to drug abuse.

The second chapter highlights relevant sources of American drug statistics. The author pays special attention to groups such as African Americans, Hispanics, women, and senior citizens (with a focus on prescription and illegal substances and the interactions with alcohol).

Chapter 3 presents a brief but broad overview of key drug legislation beginning with the civil war and extending to the Synthetic Drug Abuse Prevention Act of 2012, though there is less context provided for more recent legislation. Special boxes focus on coca cola and opium dens.

Chapters 4 and 5 introduce the reader to a wide variety of drugs by classification. Considerable depth is provided for the ingestion of tobacco, discussing Shisha and Gutka. E-cigarettes have their own focus box. Marion devotes considerable print to bath salts and synthetic cannabis. Surprisingly, syrup is described with significant context, describing famous hip-hop artists and athletes who have reportedly consumed it.

Chapter 6 concentrates on recreational and medicinal marijuana after a brief history of marijuana in the US and beyond. Colorado’s experience is provided as an in-depth case study, examining state revenue and banking issues and the complexity of federalism. Workplace drug testing is incorporated as a drawback to the state’s permissive drug policies.

Chapters 7 and 8 emphasize the politics of drugs within a limited scope. Chapter 7 provides presidential perspectives on drugs since the time of Abraham Lincoln, while chapter 8 references key organizations and groups that have an interest in drugs, including the Centers for Disease Control, the ONDCP, NORML, the Drug Policy Alliance Network and FAMM.

Chapter 9 formally explores the drug-crime connection looking at drug-defined crimes, use and abuse, and a few pages on lifestyles with ‘gangs and drugs’ and ‘asset forfeiture’ as subheadings.

Chapter 10 mentions numerous international drug syndicates and ties drugs to transnational crimes (organized crime and terrorism), incorporating international agreements related to drugs. Chapter 11 very briefly describes a variety of drug prevention and treatment programs, with too much emphasis on 12 step programs. Unfortunately, minimal space is devoted to proven programs like harm reduction and drug courts. Finally, chapter 12 purports to be a future of drugs chapter that outlines the benefits and drawbacks of drug legalization.

Each chapter ends with discussion questions aimed mostly at understanding, though some ask readers to analyze or apply. This would be a good text for an undergraduate course since it contains newer drugs and recent high-profile drug cases, though it misses some opportunities to encourage critical thinking. 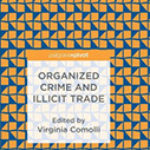 Organized Crime And Illicit Trade: How To Respond To This Strategic Challence In Old And New DomainsBooks, Reviews in Brief 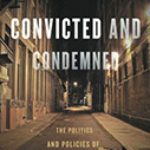 Convicted And Condemned: The Politics And Policies Of Prisoner ReentryBooks, Reviews in Brief