IN SEARCH OF SAFETY: CONFRONTING INEQUALITY IN WOMEN’S IMPRISONMENT

In Search of Safety: Confronting Inequality in Women’s Imprisonment is an expertly written, and captivating book that examines imprisoned women’s experiences with violence and their ability to navigate prison conflict. Over a period of ten years and between three funded projects, Owen, Wells, and Pollock rely on a mixed method approach through the following: 150 interviews with imprisoned women, numerous open-ended focus groups with dozens of staff, and nationwide surveys reflecting 4,000 women, where they describe their experiences and perceptions of violence and safety in women’s prisons. Owen, et. Al. also use an intersectional lens to describe “the gendered harms embedded in the contemporary prisons” (p.1). More directly, the authors highlight the gendered organization of prison, which is bound by multiple forms of inequality that threatens the safety of imprisoned women, rendering them vulnerable to violence (p.1). Furthermore, Owen, et. al. contend that imprisoned women develop prison capital as a means of survival, and negotiate their safety based on their ability to attain and use forms of capital. Prison capital is the combination of human capital, social capital and forms of emotional, cultural, sexual, and material capital as they play out in the prison community” (p. 10).

In seven comprehensive chapters, the authors draw upon work from other scholars such as Kimberle Crenshaw (1991), Beth Richie (2012) and Hillary Potter (2015) to conduct a thorough analyses of women’s experiences. Additionally, they rely on components of intersectionality to describe the interlocking systems of gendered inequality embedded within prisons. For example, the authors note, “…the search for safety is compromised and constrained by living in a community bounded by toxic-living conditions, competition for scarce resources, the demands of prison culture, and the absolute power of correctional staff” (p.69).

In Search of Safety seeks to advance scholarship on imprisoned women in an effort to disrupt the gendered organization of prisons that make women vulnerable to violence. Another goal of the study is to advocate for the implementation of international human rights standards for U.S. prisons. Finding safety in prison is particularly problematic for women who have experienced violence and victimization throughout their life course. The authors offer a contextualized analysis of contributing factors they identify as hindrances to achieving gendered justice within the prison system, including gendered forms of violence, such as prior sexual abuse and intimate partner violence victimization. These cumulative disadvantages compound gendered inequality and women’s access to prison capital.

The authors also provide insightful ideas which add to the discussion of achieving human rights standards for U.S. prisons. These ideas include implementing a gendered responsive practice to inform programs and services to increase women’s social capital. Similarly, the authors recommend a trauma- informed practice to be utilized by correctional staff when interacting with the women. The trauma-informed practice recognizes the importance of using language that validates women’s humanity and allows them to maintain their dignity while imprisoned, which then further contributes to a sense of safety (p.180). Equally important, the human rights approach incorporates the International Covenant on Civil and Political Rights prescription whose main premise underscores “the treatment of prisoners should emphasize not their exclusion from the community, but their continuing part of it” (p. 181).

The cumulative disadvantages that impact women’s pathways to prison is described as constrained choice and is central to the authors’ analysis. Constrained choice is offered as a concept to describe the “limited options available to many marginalized women and emphasizes the cumulative disadvantage rooted in structural and historical forms of inequality that produce oppression, trauma and subsequent harm” (p.5). The gendered inequality embedded in the organization of prisons is actually a microcosm of the broader society. The intersections of race, class and cultural biases inherent in idealizations of “womanhood” are mirrored within prisons. Consequently, the authors argue, “[a]ttitudes toward women in the free world shape attitudes toward women behind bars, which, in turn, are reflected in prison philosophy and prison buildings” (p.43). Correspondingly, the interactions between staff and the women vary and are often fraught with power dynamics that situate imprisoned women as being vulnerable to exploitation and threats to their safety. The authors note, “we heard descriptions of staff who were indifferent to women’s problems and concerns, often ‘too busy’, ‘too lazy,’ ‘can’t be bothered’, or otherwise disinterested to help or provide information or issue material goods” (p.138).

The acquisition of prison capital is central to the authors’ analyses of safety. Improving social capital for women is posited as a remedy to decrease women’s vulnerability to violence. Owen, et. al, emphasize that U.S. prisons contribute to “state-sponsored suffering that violates universal human rights” (p.175) and argue for transformative approaches that decrease suffering within prisons. Similarly, they advocate for approaches that prepare women for reentry by increasing their social capital through education, vocational training, trauma and mental health treatment, medical care, and by increasing staff’s commitment to maintaining gendered respect and dignity.

This book is concise and accessible to both undergraduate and graduate students. It may be suited best for undergraduate criminology, race and gender courses. The comprehensive mixed methods the study employs make it a useful tool for a graduate level methods course-especially for any of those students who intend to introduce feminist methodologies. 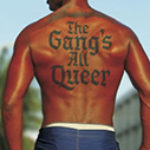 The Gang’s All Queer: The Lives Of Gay Gang MembersBooks, Reviews in Brief 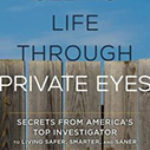