Images of militarized border patrol units, drones, razor-wired enclaves such as Ceuta and Melilla, sea patrols, biometrical devices for internal border control, and overcrowded facilities in Lampadusa and elsewhere make it understandable that researchers preoccupied with border control have turned to an Agambenian language of the Camp and bare life of immigrants who come to Europe only to find themselves outside the law. This is a language of full control and an omnipresent gaze, a language that features concepts with a capital C (Control, Camp, Carceral Life, etc.). Mary Bosworth’s book offers a welcome alternative. One of the (many) merits of this book is that it persuasively demonstrates that big theories and grand concepts break down under ethnographic scrutiny. It is on this aspect that I would like to concentrate in this review.

Inside Immigration Detention is a product of intensive ethnographic labour. For over 20 months, a group of researchers spent around 2,400 hours in six immigration removal centres (IRCs) across the United Kingdom, interacting with and talking to administrators, policy makers and detainees in seven languages. Bosworth has done an impressive job in distilling from all these accounts what she calls the “emotional texture of incarceration” in “prison-like yet not penal facilities”. This was not a cut-and-dry kind of job. In the various locations, Bosworth uncovers a coarse rather than a smooth texture. More than anything else, the accounts tell of ambivalence, uncertainty, confusion, and competing views on the legal organization of immigrants and immigration in a time of mass mobility.

The book makes palpable to us the frustrations of detainees who seriously wonder what they have done wrong, legally. For example, one of the first narratives in the book is about a man – Rana from Bangladesh, a manager of an Indian restaurant in London who had lived in the UK for nine years and obtained an MBA from a British university – ending up in detention for breaking the terms of his visa. The infraction: he had taken on a second job.

These and kindred accounts have motivated the author to confront her reader with a set of crucial questions: ‘On what basis might we judge an institution like an immigration removal centre that transcends the sovereign state in which it is located? Where is power located in such a place? How is it experienced? Who should have a say in any debate over detention, when the community inside (not to mention those affected by their custody) are not fellows of a single political community (Fraser, 2007)? … Such questions are part of a broader discussion of whether the liberal political project extends to foreigners’ (p.186).

This fragestellung framing leads us to one of the classics in the field of legal anthropology. In his Crime and Custom in Savage Society, Bronislaw Malinowski advanced his views on law and society, which he saw as inextricably connected. Malinowski saw law as a cultural universal. He believed that all stable human groups are governed by laws of some kind or another, including those who from a Western perspective lack the required accoutrement of law (courts, legislators and an organized police). But he also believed that laws, rules, codes, customs or any other form of social regulation adapt to local life. Human life does not submit to abstract or timeless rules, he argued. Rather, rules become adapted to the sociological reality of life.

In essence, Bosworth’s book is a report of different perspectives on what is deemed lawful – perspectives that must necessarily come from various sociological realities, as we learn from Malinowski. The sociological reality of Europe and the UK is a reality of Pegida (the Patriotic Europeans in Germany), of Charlie Hebdo, of sinking boats, of Mosques under siege, and of a new kind of “threat”: the so-called “illegal immigrant”. The legal apparatuses follow suit. We increasingly see that criminal law (punishing injuries to the social welfare) is used to deal with unlawful immigrants, instead of civil law (addressing injuries to private individuals). The message is clear: our societies are under threat. This much becomes clear from the fickle nature in British IRCs that Bosworth portrays. Incoming detainees arrive at an IRC in an armoured van, often during the night. Once inside they are confronted with terminologies and techniques that rule in prison (e.g., incentives and earned privileges schemes).

The strength of Bosworth’s book is that this reality is contrasted with the moving accounts of detainees about their lived realities in an IRC. Most of the people to whom Bosworth and her team talked had no idea why they were held in a custodial institution. “I’m not a prisoner”, says Innocent from Rwanda, “I’m a citizen just like you” (p.89). Others, like Adashe from Zimbabwe, were driven to despair for being separated from their children: “My kids, my kids have been put into care. Now I ain’t going to have access to my kids for good. How am I supposed to live without my kids?” (p.92). Due to the injustice they felt is done to them, some people take radical action. Two Iranian men had sewed their lips shut. In Colnbrook a man in solitary confinement engaged in a “dirty protest”. Others sequestered themselves from the world.

In other words, the book is as much about British society and its (lack of) appreciation of immigrants as it is about the lived experiences of immigrants in the custodial institutions in which they are kept. Different sociological realities come with different ideas of what is lawful and what is not. As a matter of fact, IRCs are experienced by detainees as unlawful places – as places in which they are unjustifiably detained.

The (often sad) lives that unfold within IRCs have an impact on the personnel that are employed there. It is at this point that Bosworth offers empirical materials that help to dismantle the Agambenian conceptual apparatus that leans on notions of the Camp and Bare Life. We get to read about IRC staff feeling very unsure of whom they are holding and why people are held. Admittedly, some consider themselves to be guardians of British society, like Cynthia (a Home Office official) who stated: “People tell us we’re bad and holding them unlawfully but we are protecting the community” (p.100). Many others, however, see themselves as social workers or care workers trying to improve the lives for which they feel responsible, as much as they can.

From these various accounts, Bosworth draws the conclusion that “there is no clearly defined objective of detention” (p.3) and that “IRCs have no clear, inherent purpose or legitimacy” (p.85). In contrast to notions of mechanically organized camps that process people, we are given a portrait of places in which boredom, waiting time and hospitalization feature prominently. In the words of the author, these are people who are “stripped of their past, with their future denied” (p.162). Perhaps it is exactly this, the active usurpation of time by state authorities (as Ruben Andersson called it in a recent article in American Anthropologist), that is the core objective of IRCs. 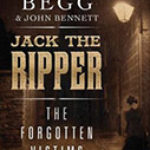 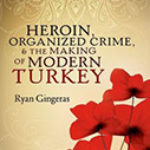 Heroin, Organized Crime, and the Making of Modern TurkeyBooks, Reviews in Brief