‘Still today Italian mafias are widely dismissed as ‘an Italian problem’ despite vast evidence that these criminal groups have expanded well beyond Italy as their base for business’ (p.1). Italian Mafias Today provides a comprehensive and up-to-date overview of the evolution of Italian organised crime as a multifaceted phenomenon through the contribution of different international experts. This edited volume of 15 chapters includes the introduction stating the objectives and structure of the book, while briefly describing each of its three parts. The book sheds new light on the evolution of the modus operandi characterising four types of Italian organised crime groups, both in Italy and in other contemporary countries. Additionally, historical details appropriately linked to the transformation of Italian mafias offer an understanding of the inception of the phenomenon embedded in its original context and its evolution globally. The 14 chapters are clustered in three interlinked parts based on the rationale of the scope and complexity of each theme, i.e., ‘Mafias in Traditional Territories,’ ‘Mafias between Politics, Economy and Society,’ and finally ‘Mafias in Non-Traditional Territories.’ This book is a well-researched academic investigation which stands out among criminology books in terms of the theoretical frameworks and analytical lenses proposed to understand this particular phenomenon by linking it with historical context.

The first four chapters in Part I of this book, ‘Mafias in Traditional Territories,’ focus on the origin, characteristics, methods of operations and adaptation to recent changes of the Cosa Nostra (the Sicilian Mafia), the Camorra (the Neapolitan Mafia), the ’Ndrangheta (the Calabrian Mafia) and the Sacra Corona Unita (originally from Apulia, a region in the south of Italy). Each chapter provides a diachronic and multipronged analytical perspective on Italian mafias and their spatial and temporal evolution. As explained through some case studies, mafias emerge as ‘an entirely distinctive model of organised crime, able to exert forms of regulation and extra-legal governance on social, political and economic life’ (p.2). For instance, the ’Ndrangheta is a flagrant example, as highlighted in chapter 4. Overall, these four chapters unveil the bewildering transformation of the Italian mafia phenomenon within their territory of origin, without overlooking historical details that provide the reader with a complete understanding of how they have become key criminal entities embedded traditionally as well as in the current scenario. Furthermore, these chapters also illustrate ‘how developments within one mafia or region has knock-on effects on others, creating new opportunities and challenges’ (p.8). One of the scholars, Massari, in chapter 5, delves into this aspect by taking a comparative socio-historical approach in the case of the Sacra Corona Unita, also called ‘the fourth mafia’ (p.60); one originating in a region not considered to have a mafia presence earlier.

The second part of the book, ‘Mafias between Politics, Economy and Society’ explores different ways mafias manifest themselves by adopting practical versatilities to function within the complexities of particular societal realities. Chapter 6 offers an in-depth analysis of the economic dimension as well as the social capital of the Italian mafias that together represent the substrata on which they have built their success. The grey areas, ‘a relational and deal-making space where criminal agreements and understandings take shape’ (p.83), represent apt scenarios for Italian mafia’s reproducing their tactics in time and space. The analytical framework adopted in this study shows their adaptability and flexibility in establishing profitable relationships with professional figures who in turn become useful resources ‘for the mafias’ accomplices, partners and allies as well as for the mafiosi themselves’ (p.88). Chapter 7 explores Italian mafias’ manifestations and political corruption through ‘modalities, resources and actors’ strategies of interaction’ (p.92) to provide a more precise and more extensive representation of this criminal phenomena’s evolution. What are the reasons for their criminal longevity in Italy? Chapter 8 turns the reader’s attention to Italian mafias’ welfare model, i.e., building internal forms of solidarity and reciprocity as a common fund, hinging on illicit funds generated over the mafia territory to ensure economic, social and legal protection for their members. This strategy allows Italian mafias to maintain ‘secrecy and internal omertà’ (the code of silence in mafia groups) [p.112] that strengthen the loyalty of their affiliation in order to continue carrying out their activities despite law enforcement operations and to avoid any potential cooperation between mafia members and the state. Violence as a method plays a crucial role in establishing order within the mafia groups, but its overuse can also produce unintended results. Hence, as mentioned in this chapter, nonviolent methods in specific situations may actually pay well for mafia interests. In chapter 9, the particular author adopts a cultural pragmatics approach to social performance in order to analyse the dynamics of mafia communication characterised by certain kinds of peculiarities that lead to a sense of belonging, structure and way of operating within this special form of organised crime. In particular, the discussion focuses on the elaborate and ‘secretive form of communication based on the exchange of pizzini’ (‘small piece of paper’ p.141; p.131) frequently used within the Sicilian Mafia during the Provenzano leadership period in the mid-1990s. This case study provides the reader an in-depth understanding of the dynamics of mafia culture and modus operandi during transitional stages in terms of both identity and structure. Furthermore, the author, through this qualitative case study, puts the spotlight on a less investigated research topic in the academic literature. The approach used here may also be applied in future research to investigate other mafias’ ways of communicating, particularly in an era of technological revolution, to capture the possible change of their structure, behaviours and identity within the criminal system.

The central question in Part III of the book is how Italian mafias exploit new territories and take advantage of external factors to find new established criminal roots. This section, through different case studies, provides an analytical outlook on the complex process of mafia mobility outside of its original territories. For instance, author dalla Chiesa in chapter 10 refers to the ’Ndrangheta’s infiltration in Lombardy, a northern region of Italy wrongly considered for a long time to be an inhospitable area for mafia presence due to cultural and historical reasons. The author describes a process of ‘colonisation’ that ‘is silent and continuous, making use of low-profile but extremely efficient violence’ (p.143). The infiltration of ‘Mafias in Emilia Romagna’ (chapter 11) is the result of the interrelationship between agency factors and contextual factors. The case study of the Cutrese criminal group in the Reggio Emilia area resonates perfectly with that. In chapter 12, strategic choices explain the comparatively different ways of expansion of three separate Camorra clans in the complex and vulnerable Roman context.

Chapter 13 provides the reader with an updated picture of the presence of Italian mafias, demonstrating their flexibility and adaptability to operate in other European contexts, with a particular focus on the ’Ndrangheta activities. In chapter 14, the authors explain in detail the different mafia transplantation experiences faced by Australia as a non-European country with two Italian mafias, namely the ’Ndrangheta and the Camorra. In the last chapter, La Spina analyses the evolution of the Italian mafias globally through a unique public policy perspective. The author compares Italian anti-mafia policies with European and American policy frameworks, and the potential knowledge transfer that can/has taken place up until now to control this phenomenon.

Overall, the significant contribution of this book is to represent a landmark in the organised crime literature. It provides theoretical insights into this complex issue which extends the reader’s knowledge and provides a critical understanding of the phenomenon. The language is clear, and the variety of empirical and fresh data presented makes it intriguing for readers. It is highly recommended for students interested in this topic and for academics/practitioners intending to expand their understanding further.

Some themes remain less explored as mentioned by the editors in the introductory chapter, e.g., the growing role of women in organised crime, the emerging relationships and similarities between organised crime and terrorist groups, and the impact of technological advancement on the Italian mafias’ criminal activities. Additionally, another area that continues to remain relatively hidden is how ‘globalisation and [the] influx of new people [criminal groups] create problems for the Mafia’ (Varese, 2017:54) with repercussions for its territorial control and its criminal proceeds.  This is an area for future research. 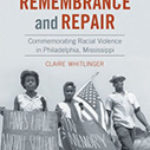 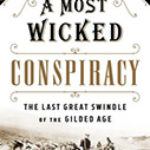 A Most Wicked Conspiracy: The Last Great Swindle Of The Gilded AgeBooks, Full Reviews