Liars and Outliers: Enabling the Trust that Society Needs to Thrive

Some years ago, I participated in a meeting of academic members and associates of the then recently-founded Jill Dando Institute of Crime Science at University College London (UCL). The aim was to define what exactly was meant by ‘crime science’, a new term challenging conventional criminology. In attendance was one of the originators of the term and the Institute, Professor Ron Clarke of Rutgers.

The consensus definition quickly centred on an interest in the near or proximal causes of criminal events such as opportunities and provocations, rather than traditional concerns with criminality and even more remote societal causes; a readiness to draw on evidence, theory and scientific method; an interest in multidisciplinary applications of other sciences ranging from physics to microbiology; and a practical focus on reducing risks of crime. Then I posed a seemingly straightforward question: surely, to be fully scientific, we need a scientific definition of crime itself? Otherwise, at the heart of crime science is a mushy core of”we all know what crime means…don’t we?”

Awkward silence ensued, followed by expressions of disagreement, more or less polite. You see, this was at a time that crime science (mainly the brainchild of psychologists) was trying to distance itself from conventional, mainly sociological criminology focused on deviance, power relationships, inequalities, etc., and limited practical address to problem-solving. None of these features appealed to nascent crime scientists. Legal studies of crime were little use either, being trapped within the self-defining intellectual bubble and subculture of crime, law, justice and punishment, moreover with a dismal record of effectiveness in controlling offending. And crime science deliberately chose to be blind to the moral dimension of crime, focusing on purely causal analysis and intervention. Its interest lies in delivering crime reduction outcomes through changing the situations where people offend to make them riskier, requiring more effort, less rewarding and less provocative, rather than addressing social structure or criminal responsibility. So obsessing about what crime means would get us nowhere practically or intellectually.

This was a fair point for a “newbie” discipline, and crime science subsequently got on with the job, expanded (the Jill Dando Institute spawned the Department of Security and Crime Science at UCL), received accolades including from Rutgers (Toby, 2012), recruited or realigned other academic groups internationally and inaugurated a journal www.crimesciencejournal.com. But the mushy core remains. For me, this is intellectually unsatisfying, arguably culture-bound to Western conceptions of crime, vulnerable to attack from traditionalists and at some future point perhaps may seriously constrain the discipline (indeed, is it truly a discipline with one of its two keywords undefined?).

Another issue that bothered me was the scope of the field. Without first establishing a science of honesty, conformity and altruism, to which crime is a relatively rare contrasting behaviour and without which crime cannot fully be understood, the concept of crime science is somewhat rootless. Going deeper, the Rational Choice perspective as pursued within crime science almost always considers the socially bad, negative choice and shows little interest in the alternative choice of ”doing the right thing”; yet most people behave honestly most of the time – even criminals. Traditional criminology suffers here too; and in both medical science and psychology we’ve seen a growing focus on studying, and delivering, the positive – wellness not just sickness, happiness and effectiveness not just psychopathology. We do have the positive quality-of-life concept of ”community safety”, but that’s a different kind of thing from cooperative behaviour. Although the last decade has seen a stream of publications on altruism and cooperation, none has seriously attempted to combine the ideas with crime prevention and security.

Until now. Thanks to Bruce Schneier, we have a book, and an intellectual framework, which simultaneously fill the definitional void at the centre of crime science, and lift the fog obscuring the surrounding scientific territory within which crime science fits. My reasoning? The breadth of ”societal dilemmas”’ covered, the systematic attempt to define not just individual terms but an entire consistent suite, and the graphic and tabular illustrations used to communicate a standardised and readily-grasped way of summarising issues. And there is the way Schneier’s approach feeds readily into practical policymaking and intervention, focusing as it does on the armoury of ”social pressures”’ available to society to control people’s defection from making the cooperative choice, how these pressures work and when and why they fail. The book is a great read, too! The quality of writing is high with some wonderful literary artifices to distance ourselves from the familiar. Speaking of trusting the plumber who called to fix his drain: ”My wife was also home, but it never occurred to me that he was a sexual rival and I should therefore kill him” (p 1).

Schneier’s background is in security technology, but he addresses the broadest of societal questions in the broadest and deepest of ways. The territory within which I’m convinced crime science fits is the science of trust and distrust, cooperation and defection, and of societies’ means of maximising the former and minimising the latter. Or perhaps optimising, because Schneier makes much of the value, for societal adaptability and avoidance of stagnation, of defectors who challenge the status quo – whistle-blowers, revolutionaries, founding fathers etc. (Indeed, crime scientists can count themselves among these.)

The platform the book constructs comprises a discriminating and careful synthesis of neuroscience, evolutionary and here-and-now psychology, cultural anthropology, game theory, sociology, economics and legal/moral argument. Crime relates to how individuals, groups and corporations as actors seek to maximise selfish interest rather than the collective interest of society. The interest may be material, experiential/expressive or power-seeking. A society can range from a family group in suburbia or the African savannah to a large corporation or the national or global society. Its members can be geographically adjacent or connected online; honest or criminal (where defection can mean sell-out to rival gangsters, or grassing to police). This is a huge advance on, say, ‘crime is deviant behaviour proscribed by law’, and sufficiently distanced from everyday perceptions, assumptions and institutions, and privileged official perspectives, to provide that critical detachment and ‘de-enculturation’ that science needs. Yet it’s readily connectable back to practice and policy. (A further defining aspect of crime is institutional, more on that presently.)

Trust is what stands between individual actors and defection (as in the Prisoners’ Dilemma game); between civilisation and anarchy. Trust relates to the risks we must take and the relationships we must establish and maintain to promote sufficiently high rates of cooperation and low rates of defection or cheating for the society to hold together, whether a cycling club or the Roman Empire. Trust can be intimate – as within families – or impersonal, as where I trust the new contractor servicing my gas heating because I trust the certification and monitoring system that causes him to respect safety standards.

The issues to which trust, cooperation and defection pertain are defined as societal dilemmas, pitting actors in conflicting, competing or collaborating relationships. These are often ‘wicked’ issues, and many universal (like the Tragedy of the Commons). Well thought-out examples pepper the book, from price-setting/fixing among sandwich makers or industrial cartels, to bank misbehaviour, overfishing, military desertion, littering, adultery and volume crimes like burglary. These are neatly and consistently presented as tables which (adapted from p131):

The analysis continues by describing the trust mechanisms available to the society in question to encourage people and corporations to act in the wider group interest. These come under four categories comprising the fundamental and universal ways whereby societies hold themselves together. The example continues:

The Institutional approach lies at the heart of defining certain behaviours in response to certain societal dilemmas, as criminal rather than merely defecting. So here Schneier’s framework offers an account wherein we can appreciate the meaning of crime and criminal law, without being confined within the world-view of our own institutions. This is, moreover, a functional account, where the institution of crime and the institutions handling it comprise one broad societal invention to resolve a particular set of social dilemmas in particular contexts.

We can now understand the wider ecosystem of societal dilemmas and pressures surrounding crime prevention and security. We’re also given a definition of security itself in terms of a means of inducing cooperation, preventing defection, inducing trust and compelling compliance, which uniquely among the societal pressures acts as a physical constraint on behaviour, irrespective of how trustworthy people are. Paradoxically, while security obviates the need for intimate trust, if applied thoroughly and consistently it can induce wider compliance and create fertile ground for the other trust mechanisms to operate. And security technology can protect the other mechanisms, e.g. stopping Internet traders from boosting reputation by falsifying high customer ratings.

Although (in abstraction) the societal dilemmas are often universal and timeless, the book fully addresses change – social, technological, evolutionary. Imperfect solutions and multiple dilemmas mean perpetually shifting ground. And scale is a major issue. As human societies grow from family bands to industrial and social conglomerates, what worked to hold together the former ceases to function as groups get bigger and more complex, regional and global travel become easier and so forth. Moral and reputational pressures continue to play important roles in maintaining trust and cooperation but must increasingly be supplemented and buttressed by explicit innovations in the institutional and security domains. You could call these ‘phase changes’ like melting or boiling. And co-evolutionary arms races drive things further and faster, never beneficially. Schneier’s analysis of institutional pressures and their failings has much to inform crime scientists struggling to get situational prevention and problem-oriented approaches into police and other often-resistant organisations.

Time to conclude. I found little to criticise (perhaps a tighter discourse on key concepts such as ‘risk trade-offs’ and ‘pressures’ – albeit minor concerns), and much that is positive. First, all crime scientists should read – and probably own – this book. Second, crime scientists should look to the liquid core of the field and consider what crime is, in scientific terms, and assess whether Schneier provides a sufficient basis for crystallisation. I think he does. I’m less sure about all the fine detail and the bounds of security, where the richness and depth of practical and theoretical knowledge we possess in situational crime prevention, and our strategic knowledge of running arms races can surely help to refine things. (One hopes in collaboration not competition with Schneier.) Third, I think we crime scientists can now tentatively step over our self-imposed defensive barriers against dilution by wider (and less than useful) societal understandings. This book offers a framework for crime science to get to grips in policy and practice terms with strategic and societal-level issues without being sucked into ‘sociology as we know it’. It also offers the prospect of applying our now well-developed techniques and concepts to resolving societal dilemmas beyond crimes (requiring a new name – cooperation science?). We have much to offer; and should count ourselves among the adapters and the leading edge of exploration, and avoid ourselves turning from pathfinders into a stagnating orthodoxy.

And if crime science takes this book’s understandings to heart and works Schneier’s ideas into its thinking, research and action, it will surely consolidate its aspirations to science beyond ‘physics envy’, scale even greater heights, safely outlive its founding generation and – the point of it all – help make the world a better place.

Paul Ekblom,
Professor of Design Against Crime,
Central Saint Martins College of Art and Design,
University of the Arts London 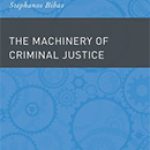 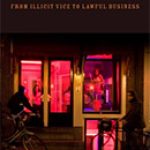