Unless one closely follows modern obscenity prosecutions in the United States, the odds are slim to none that the name Karen Fletcher rings even the faintest of bells. But in 2008, the then-56-year-old Fletcher pleaded guilty in federal court in Pittsburgh, Pa., to multiple counts of distributing obscenity online.

The charges stemmed from a collection of words-only, fictional short stories about the abuse and torture of children that she posted on her password-protected “Red Rose” website. It had a mere 29 subscribers. Fletcher wrote most of the stories herself as part of a cathartic exercise in response to her own childhood sexual abuse. What made the prosecution so rare, however, was not the subject matter. It was that Fletcher’s content involved “absolutely no images, movies, photos, pictures or drawings of any kind” (Calvert & Richards, 2007, p. 183).

Karen Fletcher’s case does not appear in the text of, or even garner a footnote in, Erik M. Bachman’s new scholarly book Literary Obscenities: U.S. Case Law and Naturalism After Modernism. Yet Bachman’s tome provides a historical framework and literary context for perhaps better understanding modern, printed-words-only obscenity prosecutions and why they are now so rare. That’s because Bachman’s book focuses on what he calls “book obscenity” and, in particular, on multiple prosecutions during roughly the first half of the twentieth century that involved works of literary naturalism. It is a period of time that, as Bachman puts it, encompasses, among other vicissitudes with obscenity law, “the beginning of the end of book obscenity.”

Most legal scholars and attorneys who specialize today in the areas of adult entertainment and obscenity law are well versed in (or, at least, know of) the obscenity prosecutions surrounding famous modernist books by equally famous authors. These include James Joyce’s Ulysses, D.H. Lawrence’s Lady Chatterley’s Lover and William Faulkner’s The Sanctuary. Books such as these, as Bachman writes, fall within the category of “canonical works of English-language literary modernism.” They are not, however, Bachman’s primary focus.

A lecturer and postgraduate researcher at the University of California, Santa Cruz, Bachman instead concentrates on literary naturalist works, casting an academic spotlight on authors and books perhaps forgotten or overlooked, especially among a new generation of legal scholars. To wit, he devotes significant space to analyzing and dissecting James T. Farrell’s Studs Lonigan trilogy, Wyndham Lewis’ Cantleman’s Spring-Mate, Erskine Caldwell’s God’s Little Acre, and Lillian Smith’s Strange Fruit. They and others are, as Bachman wittily puts it, “modernism’s tardy cuckoos” – a collection of writers “who populated the literary landscape towered over by the modernist giants we love to study, criticize, and esteem.” Attorneys and legal scholars unfamiliar with these authors, their books and their relationship to obscenity law will gain a far richer appreciation of them from reading Literary Obscenities.

Somewhat akin to how attorneys such as myself have a way of writing in legalese that makes their prose less accessible to the average person, Bachman’s book is written in a somewhat dense academic fashion. That may well be unavoidable. Why? Because it apparently builds from his dissertation called Getting Off the Page: Literary Naturalism, Obscenity Case Law, and Cultures of Modernism, 1917-1949, and includes two chapters that are versions of articles he previously published in the scholarly journals Textual Practice and Studies in American Fiction. In other words, this tome is neither comprised of law journal articles roughly cobbled together into a law book nor is it light, summertime beach reading.

Attorneys and others thus expecting an easy reading read or one centering on the law of obscenity should be aware that this is not, per se, a book about the law. It is a thoroughly interdisciplinary work that contains heavy doses of literary scholarship (Bachman received his Ph.D. from the Literature Department at the University of California, Santa Cruz, and his Bachelor of Arts in English from Vanderbilt University). Perhaps a first clue that this book is not law-centric is the back half of its subtitle – U.S. Case Law and Naturalism After Modernism. Another is that it is published by the Pennsylvania State University Press as part of its “Refiguring Modernism” series. That collection of books, as a page in Literary Obscenities notes, seeks “to publish scholarship that engages creatively with canonical and eccentric works alike, bringing fresh concepts and original research to bear on modernist cultural production, whether aesthetic, social, or epistemological.” “Legal,” one will note, is missing from that description.

None of this is a criticism of the quality of the substance or arguments made by Bachman in Literary Obscenities. Rather, it simply is to say that to easily grasp and understand that substance and those arguments, it truly would help to be either extremely widely read or to hold a Ph.D. in English literature and, in particular, one concentrating in modernism and literary naturalism. Background in behaviorism, determinism, voyeurism and even Sigmund Freud’s concept of smut (Bachman’s analysis of Freudian smut as applied in God’s Little Acre is intriguing) would also facilitate reading this book.

There is much in Literary Obscenities, however, that is thought provoking for those concerned merely with obscenity law and who lack a background in literary naturalism and modernism. For instance, there’s an excellent analysis of how printed words on a page grew to be perceived among some jurists as less powerful and effective in carrying the supposedly deleterious effects of obscenity than visual media such as pictures, movies and comic books. As Bachman writes, “[t]he difficulties encountered more and more by judges in merely defining obscenity gave rise not to mute awe in the face of writing’s affective powers but rather to grave doubts about writing’s capacity to do anything much of notice in the world.” All of this ties to a larger cultural demotion of the printed word and the rise of the image.

The power (or the lack thereof) of the written word also taps into interesting notions of determinism, behaviorism, stimulus-response and causal connection that still pervade obscenity law to this day. Are we, for instance, worried today about sexual images in the media and on the Internet because we fear that the individuals who see them won’t be able to control their own actions? Or, in contrast, do we ascribe to people a greater level of agency and restraint? And does it make a difference depending on the demographics or socioeconomic status of the audience? How we answer those questions about the relationship between a text/image and reader/viewer likely tells us something about just how closely we believe sexually explicit expression should be regulated. Similarly, how much do we want to focus on the effect of a work in supposedly causing an actual criminal act and how much do we want to focus on the intent and purpose behind the work? Bachman’s book provides fodder for addressing such queries.

The notion of how to “read obscenely” – that is, as I understand it, how to intentionally skip in an otherwise literary book to “the naughty, juicy bits” to achieve sexual arousal – illustrates both the importance of the legal concept of taking a work as a whole in modern obscenity law under the U.S. Supreme Court’s 1973 test from Miller v. California and, yet, how that work-as-a-whole requirement nonetheless can be easily subverted by obscene readers. This, in turns, relates to a macro-level concern with whether we should “see the obscene and literary as mutually exclusive.”

And in terms of what precisely is literary, Bachman’s analysis of how mass-market paperback books (particularly those of Erskine Caldwell) caught the attention of censors with both their keyhole/peephole covers (see the earlier reference to voyeurism) and with their marketing to youth and individuals of “lower economic strata” reminds us of how obscenity prosecutions are sometimes driven by stereotypes about those who read or view material. Interestingly, DVD box covers – like the paperback covers of yore – often are what attract law enforcement personnel today to single out particular media artifacts for obscenity prosecutions in the few adult bookstores that remain today.

Bachman’s superb analysis of the direct linkage between obscenity and segregation in the South as exemplified by Lillian Smith’s Strange Fruit is a must read. As he writes, “in Smith’s texts the harm to be found in the obscenity of segregation appears to be located in the functions necessarily performed by – not in the contents of – obscene words.” Ultimately, the connection between words and the physical responses to them is critical in Strange Fruit.

Today, federal obscenity prosecutions, whether based on words-only books or other more image-centric media artifacts, are a relative rarity. More attention is rightfully paid to issues such as child pornography and sex trafficking. But as the prosecution of Karen Fletcher in Pittsburgh proved just years ago, words-only obscenity cases still crop up from time to time. Some prosecutors either fear the printed word or, perhaps more likely, need to churn their political base by targeting it. Regardless of which reason, Erik Bachman provides an excellent analysis of some of the assumptions and forces – ones both internal and external to the texts themselves – that drove and intersected with such cases involving literary naturalism during the first half of the twentieth century. Just as Fletcher should not be forgotten in the annals of American obscenity law, neither should be the names and works of Farrell, Lewis, Caldwell, and Smith. 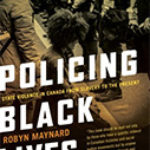 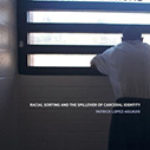 Stick Together And Come Back Home: Racial Sorting And The Spillover Of Carceral IdentityBooks, Full Reviews