In the 1960’s, disillusionment with myriad aspects of a perceived out of touch and paternalistic America reached a fever pitch as the deeply unpopular war in Vietnam helped to produce the nation’s so-called counterculture. Marijuana, which had been previously stigmatized as an addictive drug for the down and outs, emerged as a potent symbol of the growing backlash against societal norms—gaining wider acceptance and usage. As a result, suppliers at home and abroad had to augment their production in order to meet the growing (pun intended) demand for pot. But, perhaps surprisingly, by the mid-1970’s, the majority of this supply was not coming from Humboldt County or Mexico’s Sierra Madre. Instead, it was coming from Colombia — a place that would only later gain notoriety for becoming the epicenter of global cocaine production.

Colombia is known for coffee, cocaine, the Marxist FARC guerrillas, and, more recently, the massive influx of Venezuelan refugees. Often overlooked but no less historically significant, was the explosion of the marijuana industry in the 1970’s, which occupied a liminal period between the banana and cotton cultivation of the mid-twentieth century and the reign of the cartels. This gap in the popular understanding of Colombia’s history is the focus of scholar Lina Britto’s new book Marijuana Boom: The Rise and Fall of Colombia’s First Drug Paradise. Based on extensive research and numerous oral histories, Marijuana Boom centers on Colombia’s vast, sweltering central north Greater Magdalena region, tracing the emergence of cannabis cultivation, its brief golden age, and its rapid decline at the hands of counter narcotics programs, internal tensions, and the cocaine industry.

The rise of marijuana started with bananas, divi-divi, and cotton—commodities that tied the Greater Magdalena to the global markets. The banana boom took off in the 1920’s as United Fruit Company moved into the district, built infrastructure, and contracted local planters. In the decade afterwards, activity in the area shifted somewhat from bananas to leather, as the growing German community in the area and criollo smugglers began to supply hides and tanning materials to Nazi Germany.

Britto sees this period as significant in explaining the United States long running interest in Colombia, as German encroachment made policymakers realize just how strategically vital Colombia was (being at the crossroads between the Caribbean, Central America, and South America). As a result, United States officials built relationships with their Colombian counterparts and successfully waged a war of interdiction against Nazi smuggling. And, these tentacles of American influence stayed firmly in place following the Second World War, as America sought to maintain a capitalist beachhead to its South. The twin threats of nationalism and communism were on the march, and the United States’ solution was twofold: spur development of commodity markets in the Third World while maintaining its industrial hegemony. In the Greater Magdalena, the Colombian government and U.S.-led initiatives increased availability of credit and drove up cotton prices. But, much like the previous boom and bust cycles, the resulting explosion in cotton production failed to engender industrial development or widespread societal benefits. Instead, the age of cotton—reaching its apogee around 1964—continued to concentrate wealth in the hands of the planting elite.

Cotton had brought agricultural laborers called cachacos to the region, who, in trying to create economic opportunities away from working the cotton fields, began to grow coffee. But, when the U.S. and Colombian governments signed an agreement which aimed to regulate coffee exportation, the culture of smuggling in the Greater Magdalena (which had mainly developed to feed Nazi demand for leather and divi-divi) began to move illicit coffee. In the late 1960’s, coffee smugglers began including marijuana shipments in their contraband, and from there the Marijuana Boom was born.

This lead up to the cannabis era, which occupies the first third of the book, and teaches crucial lessons in the power of unintended consequences. Marijuana was spawned by the cross of smuggling (originally intended to bypass World War II embargoes against the Germans) and Cold War economic meddling by the national government and the United States. It is tempting to reduce the marijuana boom to a product of U.S. growth in marijuana consumption, but Britto makes a strong case that without the prior Colombian commodity booms—causing increasing integration into global markets but continued economic marginalization of many Colombians—illicit opportunities engendered by the demand shock of the 1960’s may have been left unexploited.

Of course, that was not the case. As Britto explains, “as with bananas, coffee, and cotton in previous decades, a confluence of regional and international trends made marijuana cultivation the fastest growing activity in the former Greater Magdalena” (p. 102). Simply put, growing and smuggling of marijuana offered opportunities to a cachaco group which had long been economically marginalized, and they took advantage of the new cash crop. That being said, a popular opinion in modern Colombia is that the marijuana boom was gringo driven, insofar as Americans introduced the crop and distributed methods of cultivation. This theory was propagated by Colombian politicians seeking to gain advantage over their U.S. counterparts and gain favor with Colombian constituents, as the narrative that marijuana was brought by Americans, grown for Americans, and consumed by Americans provided an easy explanation for a very complicated reality. Over the years, this simplification has gained currency, and the belief that Peace Corps Volunteers “pioneered the marijuana connection” (p. 97) remains prevalent. Britto disputes this point, arguing that although Americans created the economic incentive, the local planters were the ones responsible for marijuana’s enormous windfall as they tinkered with and perfected the craft of growing. Thus, the injection of large-scale marijuana cultivation into the Greater Magdalena was a homegrown development that responded to the increased demand from the north.

Marijuana created new wealth which dramatically altered the fortunes of many former cachacos turned marijuana traffickers—now known as marimberos. At the peak, Colombia supplied a staggering seventy percent of the United States’ marijuana, making it the largest marijuana market in the world. The influx of new money gave a massive boost to the local economy and helped to influence the development of Colombian culture nationally. In one particularly entertaining chapter, Britto builds on an earlier section about contrabandista social codes and Wayuu customs to demonstrate the ways in which vallenato (folk music) and parties called parrandas helped the marimberos to define their identity in the midst of an industry that was “social legitimate yet illegal” (p. 117). The marimberos’ patronage helped to propel the vallenato genre onto the national stage. The music and ostentatious parties reinvented and mythologized marimbero culture while serving as an outlet to release tension between the traffickers. However, much like the marijuana era itself, the era of vallenato parrandas came crashing down around 1978 as the United States and Colombian governments began an aggressive interdiction campaign. With national and international forces working against the marimberos, the stakes were raised, and a culture of cooperation gave way to one of desperation and violence.

As drug use entered mainstream U.S. culture, the idea that the “war on the drugs” must be taken to the source gained credence in policy circles. As Marijuana Boom points out, this was a method of transforming a domestic issue (the failure to curtail drug use at home) to a foreign policy one. Nixon created the Drug Enforcement Agency in 1973, which promptly set up a large operation in Colombia. This renewed emphasis on combatting marijuana traffickers helped to militarize the campaign, which Bogotá conceptualized as a counterinsurgency operation—a type of warfare in which it had gained significant experience.

Ironically, the war on drugs in Colombia came to a head in Colombia during the Carter administration—which had originally advocated for the decriminalization of marijuana—during which the Two Peninsulas campaign began. The campaign saw thousands of soldiers, undercover personnel, and DEA agents swarm the marijuana growing region, including the deployment of the dangerous chemical paraquat to devastate marijuana fields. Britto argues that this intensification of enforcement efforts led to the erosion of “the moral economy that allowed marijuana exporters and intermediaries to prevent simmering conflicts from spinning into a violent spiral” (p. 185). With more to lose, ruthlessness abounded; especially as the marimberos moved to urban centers to escape the crackdowns in the countryside. The conclusion of the marijuana boom was perhaps best marked by the explosion of cocaine, from which the former marijuana pioneers were largely excluded. The new hungry generation of cocaine traffickers displaced the marijuana boomers, and marijuana production plummeted.

Marijuana Boom is a rich addition to the historiography of the Colombian drug trade, and Britto skillfully avoids the dangers that can arise when an argument incorporates oral histories. The passage of time can produce distortions, which has largely given archival research primacy in the academic world. But Marijuana Boom demonstrates the value in supplementing thorough archival research with the collection and analysis of oral histories.

Nowhere in Marijuana Boom does one get the sense that Britto takes her oral accounts at face value, often comparing them with other accounts and sources taken from her extensive archival research. And, while always trying to determine the veracity of the oral accounts, she makes the essential point that sometimes the truth is not as important as what the distortions show. For instance, after laying out the origin story of Diomedes Díaz—a vallenato singer who rose to fame through the patronage of marijuana entrepreneurs—she explains that the providence of this account was through recordings left by a marijuana smuggler named Chijo, who could be a less-than-reliable narrator. However, as she points out, whether or not the story is truthful is irrelevant as the story “illustrates an essential aspect of the peak of the marijuana boom: vallenato music and the parranda were important components of the cultural realm where complex hierarchies of masculine exchanges and relations were negotiated within the social sphere of the new export economy” (p. 117). In this way, Marijuana Boom’s argument does not hinge on the factual specifics of the oral histories. Instead, it teases out cultural context and nuanced social hierarchies through the biases and opinions of its subjects, instead of in spite of them. By being upfront about reliability and keeping her interrogative eye trained on bias, Britto masterfully synthesizes oral histories to enrich and enliven her argument.

In the end, Marijuana Boom proves that the era of marijuana, while often an afterthought, is essential to consider when tracing the develop of the Colombian drug trade. It demonstrates how marijuana smuggling was built on the structures and failures of the prior boom and busts while giving a ground level view of the initial phase of the war on drugs. Overall, by putting her background in journalism, anthropology, and history to good use, Britto integrates the social, cultural, economic, and political dimensions of the marijuana boom to advocate for increasing its visibility in the literature on Colombian history. With thorough research and sharp analysis, Marijuana Boom undoubtedly succeeds in this aim. 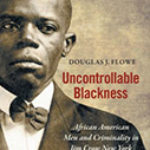 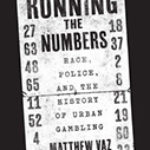 Running The Numbers: Race, Police, And The History Of Urban GamblingBooks, Full Reviews