Media, Politics and Penal Reform, notes City University of London criminologist Gemma Birkett, “cast[s] light on the particular difficulties experienced by those working to reform women’s penal policy. In so doing, [she] recognizes the number of complexities inherent to the policy process, including the political culture and dominant ideology of the time (acting as an enabler or inhibitor to policy change); the ‘carrying capacity’ of the institutional agenda; the framing and (re)construction of competing messages and the omnipresent threat of public opinion.”

Accordingly, Media, Politics and Penal Reform attempts to uncover “the forces that shape women’s penal network, with particular focus on the political decision-makers working to develop policy, the campaigners lobbying to influence it, the journalists providing a continued (and often critical) commentary of it and the public who (whether knowingly or not) help to shape its future direction.”

Birkett’s investigation into the influencing of women’s punishment was conducted between 2010 and 2015 using academic, historical and public documents, including ministerial speeches, governmental policy reports and campaign group-produced literature, as well as semi-structured interviews with campaigners, 10 journalists and 35 former government officials and civil servants.

In reporting the results of her inquiry, Birkett offers separate chapters on the study of penal policy, the framing and political power associated with competing penal philosophies in the aftermath of World War II, the diversity of efforts to influence women’s penal policy, the various approaches of penal reformers concerned with the plight of incarcerated women, the development of media ownership and differing journalist approaches toward covering crime and confinement, the internal working dynamics of official policy-makers, and “a summary of the interrelations between campaigners, journalists and political decision-makers at the media-policy nexus.”

Birkett’s chapter on the politicization of women’s penal policy is a detailed and instructive historical overview – from the early 19th century to the early 21st century – of campaign group and governmental efforts to reform – and even abolish – women’s imprisonment. While this topic deserves lengthier coverage – no doubt a book of its own – Media, Politics and Penal Reform is limited in the extent of its exploration of women’s prison reform groups and campaigns by its emphasis on a thinly stretched intersection of ideas, ideology and institutions.

Key findings stemming from Birkett’s interviews with campaigners, journalists, and policymakers include the following:

Birkett concludes that prison reform campaign-based communications strategies are only effective when embraced by journalists and their editors. Her informants noted that a “tendency for ‘lazy journalism’ in this area was viewed as a key barrier to progressive policy change. While many campaigners were aware that the messages they sought to publicize were not deemed newsworthy by journalists, it is unfortunate that this did not result in a fundamental rethink of their strategies.” 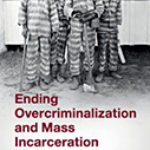 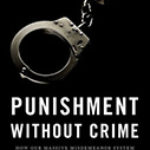