On the Run: Fugitive Life in an American City

Alice Goffman’s On the Run: Fugitive Life in an American City is a sensational book in two senses of the word. The content is sensational in the manner of tabloid journalism, comprising stories of desperate and violent activities, fraught relationships, and cops-and-robbers chases. Indeed, it is fundamentally about cops-and- robbers chases. In the more colloquial sense of general approbation, the book is also a sensational piece of social science research based on in-depth fieldwork, meticulous recording of field data, astute analysis, and fearless social advocacy. The research procedures can be challenged on ethical grounds and the conclusions on scientific grounds. The ammunition for both sides of such debates, however, is right there in the book. Whatever readers may feel about how she did what she did and what she concludes, the material for a wide range of reactions to this work is presented with clarity, eloquence, and extraordinary ethnographic detail. The book took a long time to produce but is an instant classic. In the rest of this review, I will concentrate on the book’s contribution as social science.

On The Run is a study in the great tradition of urban ethnography dating back in parallel lines to William F. Whyte and the Chicago School of Sociology. In a journal article several years before this book appeared, the author presented early findings and argued that the age of mass incarceration was demanding a new generation of urban ethnographies to reflect the new social facts of mass surveillance and incarceration and the drastic ways in which these practices have transformed conditions of life in the inner cities of the United States. The book validates this claim.

For a period of about a decade, first as an undergraduate doing class projects and subsequently as a graduate student learning and applying the repertoire of qualitative research methods, the author lived closely with and recorded the day-to-day activities of a group of young men who were at various points fugitives from law enforcement. This was classic participant-observation research, and the degree of participation described was enough to make this reader, who has done and supervised such research for years, question his assumptions about when lines are crossed. I will return to the ethical issues later, as these are not neatly separable from scholarly issues. At this point, suffice it to say that, from a scientific point of view, the intensity and attention to detail of the fieldwork are comparable to the very best works in this tradition.

The quality of the fieldwork comes through in the lengthy quotes and descriptions and also in something very rare for this kind of work: regular counting of the numbers of times she observed various types of scenes, such as children imitating police encounters or actual chases through the neighborhood. When claims are made about such things as the normal, everyday nature of violent police-citizen encounters, the evidence is utterly convincing. A dinner meeting with my faculty colleagues and the author disclosed how this seems to have been done: the new normal of people typing constantly into their smartphones seems to have opened up new possibilities for unobtrusive recording of field notes that have been exploited here to the fullest.

The analyses of the field material match the quality of the data collection. This aspect of the work is one that bears some attention inasmuch as the book itself wears its deep academic learning lightly. The writing is clear and unacademic, aimed effectively at a general reading public. That should not obscure the carefully wrought intellectual framework. That framework is clearly evident in the way the analyses are structured chapter by chapter, but it is also rooted in the author’s own personal and intellectual background, to which she alludes rather briefly. I discuss that here not as gossip but as intellectual heritage, available to all.

The author is the birth daughter of the sociologist Erving Goffman, but he died before she could know him directly. She grew up with parents who are linguists, Willam Labov and Gillian Sankov. Both micro-sociology and socio-linguistics are fundamental to the analyses here, and the fusion of the two is potent.

The micro-sociology structures the arrangement of the main chapters, each of which examines a specific aspect of the social relationships of the fugitive young men and others within their social worlds, especially women. These women include their own mothers and the young women who are variously their intimate partners, the mothers of their children, their estranged partners, their protection from the police, and the snitches who turn them in. The way in which police practices of investigation and surveillance penetrate and transform intimate personal relationships is the major focus and theme of the book. More generally, the book presents a startling and multi-faceted portrayal of the intended and unintended effects of what David Garland has called the “culture of control.”

The socio-linguistic analyses are a running feature of the narratives in each chapter. The author confesses and demonstrates the difficulties she encountered in learning to understand and then employ the specialized speech patterns of the people she was living among and studying. The effect of this goes far beyond providing “local color” and an impression of authenticity, though it certainly accomplishes those things. The vividly captured speech patterns also disclose the cognitive landscape of the population, both the fugitives as well as the non-fugitives in their families and neighborhoods whose lives are transformed by the unceasing fugitive dramas of daily life in the community. The analysis of what it means to be “dirty” or “clean” and the complex daily transactions between the clean and the dirty is a theoretically informed masterstroke that brings the micro-sociology and the socio-linguistics into brilliant alignment.

Given such evident and substantial accomplishment, it remains to be said there is much to worry about here, both in terms of the way the study was conducted, and, in light of the author’s deep involvement with those she studied, the validity and generalizability of her substantive and policy conclusions. I am myself inclined to accept most of both, but the issues are there and must be acknowledged.

The ethical issues are stark. Clearly, doing this work required having knowledge of ongoing patterns of serious criminal activity. The discussions of who knew what when are just vague enough to skirt blatant legal liability yet sufficiently detailed to leave this reader at least with a gnawing sense of complicity. Whatever I felt as a reader is certainly dwarfed by what the author went through, but that does not make it go away. The question of how close a scholar can get to the dark side has some history and I can say little more here, except to point out that the issues are not those of ethics somehow apart from scholarship. They are those of ethics in scholarship. Not to look is also at a certain point both unscholarly and unethical.

Whether or how the author’s deep involvement with these fugitive young men affected her substantive and policy conclusions is a related matter that also bears close scrutiny. A convenient way to pose this question is to use a phrase from the folklore of anthropological research. Did she “go native”? This is generally considered a bad thing, a crossing of the line from participant-observation into participation without detached observation that transforms scholarship into assimilation. Being simultaneously insider and outsider has long been considered a difficult but necessary condition of scientific fieldwork.

The long concluding “Methodological Note” discusses these issues openly and will be for many readers, both academic and general, the highlight of the book. Her accounts of her emotional journey into and through this work are gripping and leave no doubt that in many ways, she did absolutely and unequivocally “go native.” She recounts leaving the field to go back into an academic environment on a daily basis and finding herself reflexively frightened in the presence of young men of her own age and cultural background because they reminded her of the police she had watched chase her friends/subjects for years.

Yet, she did make it back. Though it took some time, she wrote the book. The reader who wants to know what she did, how she did it, what she concluded, why and how she reached those conclusions, and how she felt and feels about it all can read about all those things in articulate detail.

At the end of the day, did her close involvement with some members of this community leave her shortsighted about high levels of ambivalence among others in the same community about the dangerousness of the fugitives and their own need for protection even from a police force they loathed? Perhaps. More can be learned about such difficult issues, but a lot is to be found here. 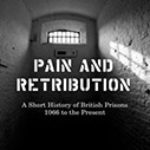 Pain and Retribution: A Short History of British Prisons, 1066 to the PresentBooks, Full Reviews 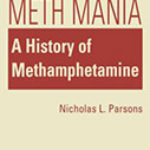