Pain and Retribution: A Short History of British Prisons, 1066 to the Present

“Prison works,” declared Michael Howard in 1993, then Conservative British Home Secretary, and for the past twenty years no politician has dared to disagree. The criminal courts, at the behest of government, have sentenced more offenders to immediate custody, and increased the average prison sentence, even while crime has plummeted. Since 1995, the prison population has increased by 68 per cent — crime has dropped by 60 per cent. As a result, England and Wales have the largest prison population in Western Europe, with an incarceration rate of 149 per 100,000 (though even this number pales alongside America’s figure of 707 per 100,000). Britain has more life-sentenced prisoners than all of Western Europe put together. In its severely overcrowded prisons, there are few work opportunities, drug use is rampant and suicides are rising, as are attacks on prison staff and riots. There is a standard, euphemistic term for such divergence from the European norm: “English exceptionalism.”

David Wilson, a former prison governor, vice chair of the Howard League for Penal Reform, and chair of the Howard League’s Commission on English Prisons Today, whose report Do Better Do Less appeared in 2009, does not believe that prison works. British prisons are what they have always been: “sites of pain and retribution” (p. 205), and “a costly, counterproductive failure” (p. 11). His new book tells this tale of continuity, particularly from the Prison Act of 1877, which nationalized and centralized the prison estate, focusing less on changes in penal policy and more on what happens to those who were imprisoned. The thread that seeks to hold the book together is the notion of a “crisis of legitimacy,” borrowed from contemporary criminology. Prison, Wilson argues, has always had to satisfy three “competing audiences:” the public (including politicians and the media), prison staff, and prisoners. The influence of these groups has varied over time, but the constant failure of prison to make itself legitimate to all three audiences simultaneously, leads to the view that prisons are in crisis, and to the modern symptoms of that crisis: political one-upmanship, prison staff malaise, prison riots.

Wilson deploys the historical record and his personal experience to present a highly idiosyncratic historical account. A handful of individual cases typically carry the analytic burden of entire eras in prison history. In the first three chapters, the early history of prisons from 1066 is conveyed by potted accounts of the Tower of London and Newgate prison; the rise of the penitentiary via an account of Millbank, the first national penitentiary (dismissing historians’ obsession with Bentham’s Panopticon, since it never got built); and the experience of late Victorian prisoners by way of Oscar Wilde’s “The Ballad of Reading Gaol.” There is little that could be said to be original or novel in this first third of the book.

Chapter four promises more: to explain one of the longest periods of decarceration in penal history, circa 1908 to 1939. Wilson emphasizes the skeptical view of imprisonment shared by reforming Home Secretary, Winston Churchill, the suffragettes and wartime conscientious objectors; the existence of a credible alternative in probation; and the role of prison administrators who, in the wake of the Gladstone Report on Prisons 1895, tried to divert offenders from prison. Strangely, Wilson makes no mention of the role of the courts. Yet, why did the judiciary alter its sentencing practices, without which any policy move towards decarceration would have been stymied? To show how the penal system worked in the inter-war years, Wilson then turns to Harold Jones, a 15-year-old, sexually sadistic killer of two young girls in 1921, who would serve twenty years in prison–the prevailing tariff for those under 16 who murdered. It is hard to see why this prisoner is emblematic of inter-war penal policy. It is impossible to avoid the feeling that the case provides the author with an opportunity to accuse prison commissioner, Alec Paterson, who pressed for Jones’s release, of having an overly optimistic approach to penal reform, which, as far as I’m aware, has never been denied.

Finally, for an understanding of the entire post-war period up to the present, Wilson again chooses very selectively. Three prisoner autobiographies from the 1950s, all “straights” not “cons” in prison parlance, serve to underline the conclusion that prison remained a miserable failure. A set of prison officer autobiographies take the story from the 1966 World Cup to Lord Justice Woolf’s report on the prison disturbances of 1990, confirming how violence against prisoners was central to the working lives of prison staff, and how rank and file opinion began to diverge from the views of management. Prison staff increasingly used their industrial muscle through the Prison Officers Association to implement a harsher prison regime. The 1993 James Bulger case, in which two 10-year-old Liverpool boys abducted and murdered a two-year old, haunts the present era — a case that Wilson believes was “the tipping point in penal sensibilities which saw prison regimes toughen and custodial sentences lengthen” (p. 163). The incident, exploited by the “red-top” press as iconic of broader moral anxieties, also led Michael Howard to claim “prison works.”

In the final pages, Wilson offers a different penal future, one guided by the new sensibility and experiments in New York City. He describes the three-pronged strategy to divert low-level, non-violent offenders from prison: the Red Hook community justice center, the Brooklyn drugs courts; and “justice re-investment” or million-dollar blocks. Wilson has visited these programs, and they inform the Howard League’s new mantra: “less crime, safer communities, and fewer people in prison.”

Pain and Retribution is no joined-up history, but more a polemical assault upon those who believe prison works, with the added merit of including Scotland’s divergent penal policies, which tend to be neglected. Its scholarly apparatus is purposely slender, its scholarship generally sound. I would not myself describe Harry Potter as “our foremost historian of the death penalty” (p. 32), but this is small change. The aim of prioritizing the voices of prisoners is laudable, but too many of the voices are of “straights,” a small and untypical minority of prisoners. Memoirs by ordinary “cons” exist in number from at least the mid-Victorian period, yet none are included in this study. Even so, Wilson has written a compelling indictment, if another were needed, of what Andrew Rutherford has termed Britain’s “gaol fever.” The book’s conclusion surely bears frequent re-statement: mass incarceration does not have to be our future. 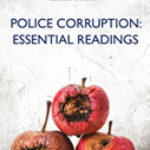 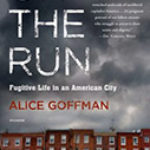 On the Run: Fugitive Life in an American CityBooks, Full Reviews