Protecting Animals Within and Across Borders: Extraterritorial Jurisdiction and Challenges Of Globalization

Joyce Tischler’s history of animal law (2008, 2012) traces the development of animal law as a discipline to Jones v. Butz, a 1973 lawsuit which sought to challenge the religious exclusions in the US Humane Methods of Slaughter Act. While the lawsuit was ultimately dismissed, it marked the beginning of animal law, and the use of lawsuits to protect animals. It is worth pointing out that this case, and most of the subsequent cases that followed, were from the United States. The first courses in animal law, too, were given in the United States, and from there spread to other, largely English-speaking countries. All of the other major developments in the early growth of animal law—the first journals, conferences, animal law sections in bar associations, and books—were also centered in the US and later the English-speaking countries.

From a practical perspective, this makes sense. American law, after all, is based on English common law which was exported to the colonies. Eventually, other countries began developing their own animal law programs which reflect their own legal systems, and today the world has a patchwork of laws which provide for the limited protection of certain animals in certain contexts. As in the United States, most of these laws protect individual classes of animals (usually companion) and include broad exemptions to allow for most forms of violence towards animals (especially in agriculture). What has been slower to develop, however, are international laws and treaties which protect animals regardless of the nation in which they live, or which cover animals that are shipped internationally.

This is an important omission, and the focus of Charlotte Blattner’s new book, Protecting animals within and across borders: Extraterritorial jurisdiction and the challenges of globalization. Blattner, a Visiting Researcher at Harvard Law School, takes as her subject the complexities of protecting animals in a rapidly globalizing world. She notes the increasing levels of international commerce in animals, their parts, and the products made from them. International trade in animals is nothing new, of course, but there is no question that it is expanding at an almost exponential rate, and the animals implicated are in the billions each year. While there are some important international agreements (such as CITES, the Convention on International Trade in Endangered Species of Wild Flora and Fauna), there is no Universal Declaration for Human Rights for animals (although one was proposed to UNESCO, the United Nations Educational, Scientific and Cultural Organization, in 1978.)

Protecting animals within and across borders offers an alternative model for this lack: extraterritorial jurisdiction, or the ability of a state to exercise legal authority outside of its borders. (As an example from criminal law, French law provides for French jurisdiction over crimes committed against (or by) French citizens.) The book provides an overview of how extraterritorial jurisdiction might work as applied to animals, and of many of the problems this might entail. Which state(s) should have jurisdiction over, for example, the welfare of the millions of sheep shipped live from Australia to countries in the Middle East for slaughter? And what does it mean when one country tries to influence the treatment of animals in another country? How might extraterritorial legal protections for animals (especially when they arise from countries in the Global North) conflict with human rights, cultural rights, and calls for cross-cultural sensitivity? How to avoid charges of neo-colonialism?

Blattner tries to answer these questions, and provides, using international human rights law as the basis, some options for states that wish to protect animals outside of their own borders—such as offering animals a type of national identity which links them to their home state.

At a whopping 520 densely researched pages, with extensive lists of cases and legal materials from across the globe, Blattner’s book provides by far the most far-reaching look at this complex problem. Written for an informed audience, the book is accessible to those (like this reviewer) without a legal background, and may offer some ways forward for animal law scholars and professionals who seek to expand the reach of animal protection laws across borders, and who want to do so in a way that is sensitive to the demands of globalism and multiculturalism.

Protecting Animals Within and Across Borders: Extraterritorial Jurisdiction and Challenges Of Globalization2020-07-212020-07-23https://clcjbooks.rutgers.edu/wp-content/uploads/2016/08/logo.pngCriminal Law and Criminal Justice Book Reviewshttps://clcjbooks.rutgers.edu/wp-content/uploads/2020/07/protecting-animals-within-and-across-borders.jpg200px200px 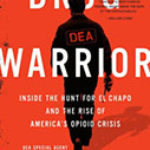 Drug Warrior: Inside The Hunt For El Chapo and The Rise Of America’s Opioid CrisisBooks, Reviews in Brief