Although written by two UK authors, this book is highly relevant to a broad cross section of criminologists and is heavily referenced across a wide field. It critically considers the role played by criminologists in influencing public policy, and begins by making the now fairly familiar point that while the subject has grown its teaching base across the university sector its influence on public policy has declined almost in proportion. Clearly the authors regard this as a sorry state, and discuss at some length in the remainder of the book the possible reasons for it, making a number of proposals for how it might be improved.


The book is refreshing in providing a carefully argued analysis of the present state of criminology, with particular reference to the extent to which it has offered anything to the development of criminal justice policy. The book looks at the ways in which those who see themselves as criminologists have chosen to respond to the dilemma of being associated with a discipline which, while claiming centrality, is seen as irrelevant to the core business of maintaining social order, and responding to disorder, by those very public policy makers whom they should be seeking to influence.

Loader and Sparks group criminologists into three major categories that they call ‘passive toleration’, ‘takeover’ and ‘divorce’. Those in the passive toleration camp live with the status quo and ‘invent’ their own sub-groups, divisions and communities of interest and otherwise appear content to get on with things. Those in the take-over group see their particular perspective as by far the most preferable, and set about the (impossible?) task of changing the path of mainstream criminology. The move toward experimental criminology led by Lawrence Sherman, among others, is given as an example here. Finally, those in the divorce group give up and move on, or perhaps move back to their roots which may have been in psychology, human rights or elsewhere. Here the authors cite crime science (Smith and Tilley, 2005) as an emerging alternative to criminology, and see it as an attempt at this sort of divorce.

One problem with the book is that it fails to consider the extent to which criminologists might be apportioned to these various groups. Without any hard evidence, it seems to me that the vast majority of criminologists would fall into the ‘passive toleration’ group – which would account for the bulk of the membership of the various societies of criminology and their associated divisions, committees and sub-groups. As such, it is not a particularly useful distinction to make, and can hardly be seen as threatening the current approach of mainstream criminology.

Another major section of the book looks at the ways in which criminology engages with public policy, insofar as it does. The authors identify five approaches – ‘scientific expert’, ‘policy advisor’, ‘observer turned player’, ‘social movement theorist/activist’ and ‘lonely prophet’: all of which are fairly self-explanatory. A problem here, for me at least, was that I did not see these categories as being mutually exclusive; indeed I felt I could relate to some degree to all of them and very substantially to at least three. It seemed important to the thesis of the book that the categories be discrete, because the authors conclude by suggesting that a sixth category of engagement might be developed, to which they give the hugely inelegant title – ‘democratic under-labourer’ (henceforth DUL!). By this they mean that democratic under-labouring might offer a means for ‘criminology to engage in public life in the service of a better politics’ (page 125). Essentially the task of the DUL is to generate knowledge and the skills to interpret that knowledge in such a way as to make it penetrable (despite its complexity) to policy advisors and governments. Loader and Sparks see this as a way of operating, which could then replace what they have described as the present five approaches.

Given then, that the majority of criminologists are said to be passively tolerant, and that those so described will, to varying extent, have some sympathy with the five approaches to policy change discussed by the authors, it is not at all clear either why we need the DUL, or maybe even indeed why we need this book.

But there is more to the book than simple navel gazing by two criminologists. Their final discussion considers heat as a metaphor to apply to the debates about crime and criminal justice. Here they justifiably suggest that the heat has been turned up in western societies over recent decades. In the USA and UK in particular, the political left seems indistinguishable from the right in the race to be tough on crime (although less noticeably tough on the causes of crime, depending upon what criminologists may argue those causes to be). These are massively significant issues for any society wishing to call itself civilised. The lessons and insights offered by criminology are imperative to these debates, and as a society we ignore them at our peril. We risk, as has been seen in the USA, a spiralling prison population over represented (in the US case) by African Americans. There must be a better way, and if academe has anything to offer to these debates then it must be to criminology that we first look.

The ideas presented in this book are clearly based on copious amounts of reading, and some original qualitative research carried out in 2003 as part of a separate study; which research was further developed over subsequent years. It is fair to say that the book has provoked considerable interest and debate in the UK, where it was the focus of an ‘authors meet critics’-type session at a British Society of Criminology meeting and has also been reviewed extensively in the British Journal of Criminology (2011). Whether the ideas represent a series of straw men or generate a serious debate and change of direction in the subject of criminology and its influence over and contribution to developing public policies, only time will tell. Meanwhile, Public Criminology? is very well worth reading and should certainly act as a fascinating focus for seminars and discussions throughout the criminology and criminal justice communities.

Gloria Laycock is a Professor of Crime Science at University College London. 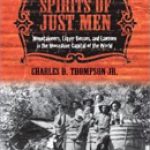 Spirits of Just Men: Mountaineers, Liquor Bosses, and Lawmen in the Moonshine Capital of the WorldBooks, Full Reviews 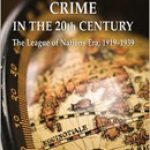 International Crime in the 20th Century: The League of Nation’s Era, 1919-1930Books, Reviews in Brief