Punishment Without Trial: Why Plea Bargaining is a Bad Deal

Anyone with even a passing knowledge of the criminal justice system understands that nearly all convictions are now achieved through guilty pleas. Indeed, in some counties in the United States, there hasn’t been a trial in years; in these places, all convictions are accomplished through the plea process. Most of these pleas come after some negotiation between the prosecutor and the defense attorney. This practice, commonly referred to as plea bargaining, is the grease that allows the gears of the criminal legal system to turn. And yet there is a surprising dearth of books on the matter, especially for a more general audience. Carissa Byrne Hessick, the Anne Shea Ransdell and William Garland ‘Buck’ Ransdell, Jr. Distinguished Professor of Law at the University of North Carolina School of Law, offers a timely interrogation of the plea system in her book Punishment Without Trial: Why Plea Bargaining is a Bad Deal.

As the title makes clear, you can’t talk about plea bargaining without talking about trials. They represent two sides of a seesaw: as trials go down, pleas go up. For many decades now, the seesaw has been woefully unbalanced with fewer and fewer trials. As Hessick argues, the decline of trials and rise of pleas is not an accident; rather, “our system is now designed to impose punishment without trial” (p. 7).

Hessick identifies the sources and consequences of this new system design. Chapter Two (“The Rise of Plea Bargaining”) charts the ascent of plea bargaining, and Hessick unearths some fascinating sources, including a 1970 speech by then-Chief Justice Warren Burger who spoke matter-of-factly about the need for a plea rate of at least ninety percent for the criminal legal system to operate (p. 23). As Hessick argues, the belief that pleas were necessary to meet the demands of increasing caseloads became a mantra for lawyers and judges. This belief transformed into a “plea bargain culture” that has had tremendous sticking power (regardless of caseloads or crime rates) (p. 31). As Hessick writes, “by eliminating trials, our current system makes punishment cheap, simple, and predictable” (p. 33). Such efficiency has benefited criminal justice professionals, often with terrible costs to defendants.

Hessick covers some of the usual consequences that are associated with our system of pleas. In Chapter 3 (“‘It’s a Business Decision’”), she discusses the ways in which criminal sentencing laws became progressively harsher to give prosecutors more power to leverage pleas; those prosecutors then used that power to do just that: secure more pleas. The problem is that the harsh criminal sentences meant that going to trial became downright irrational for even innocent defendants. In Chapter 4 (“The Desire To Be Free”), Hessick explains how much pre-trial incarceration influences a defendant’s decision to plead guilty. As Hessick points out, pre-trial detention is not considered formal punishment; and yet, once a person pleads guilty, they are often given credit for their ‘time served.’ She points to the absurdity of this “wordplay”: “[Judges] say sitting in jail isn’t punishment before someone is convicted; it isn’t punishment if the charges are dropped or the person is acquitted; but it retroactively becomes punishment if the person pleads guilty or is convicted at trial” (p. 87). Of course, pre-trial detention certainly feels like punishment, and for most defendants an opportunity to get out of jail will overwhelm any desire to fight their case. Thus, a system that relies heavily on pleas benefits from lots of pre-trial detention because such detention encourages people to plead guilty.

But the great achievement of Hessick’s book is that she looks beyond the usual consequences to all the hidden and unpredictable consequences that have developed as a result of the pervasiveness of plea bargaining. Hessick points us to all the ways that public jury trials function as an assumed safeguard in our criminal legal system. Once that fundamental safeguard is gone, there ensues a cascade of effects to individual defendants, victims, communities, and the criminal legal system as a whole. And some of these effects, though they feel distant from the plea system, are actually deeply tied to a criminal legal system that has abandoned trials for guilty pleas.

Chapter 5 (“Legal Theft”), for instance, explores the use by law enforcement of civil forfeiture laws to take property from people who are merely accused (not convicted) of some kind of wrongdoing. Hessick traces the story of Eh Wah, an immigrant from Burma, who was pulled over in Muskogee, Oklahoma and accused of being a drug dealer (despite the absence of any actual evidence of drug dealing). Using the local civil forfeiture law, police seized $53,000 that Eh Wah had collected as part of a charity fundraiser. They threatened to charge him with a crime if he fought the seizure. At first blush, the story of police officers abusing forfeiture laws on the nation’s highways doesn’t seem obviously connected to plea bargaining. But as Hessick explains, plea bargaining is connected to these abuses in several ways. For instance, during the plea process, defendants regularly waive all sorts of constitutional and procedural rights. Prosecutors use this same technique to hold onto the cash seized through forfeiture. Hessick gives the example of prosecutors in a small Texas town who seized money from a couple accused of driving in a left lane without passing. Prosecutors promised that they wouldn’t put the couple’s children into foster care if they waived their right to challenge the seizure, which the couple promptly did. (Sadly, there are examples across the country of prosecutors threatening to take away a defendant’s children or to criminally charge children in order to secure a plea.) Demanding waivers of rights is so common under a plea-bargaining scheme that prosecutors easily employ the strategy throughout the system.

But, as Hessick notes, forfeiture laws also encourage law enforcement to seize money to generate revenue. This, of course, creates a classic vicious cycle: “If a system relies on fees for operational expenses, then it has an interest in bringing more people through the system. And the more people who come through the system, the more pressure there is to resolve those cases as quickly as possible rather than through trials” (p. 106). In addition, much of this bad behavior by police goes unnoticed and unchecked since our system relies on pre-trial suppression hearings to test the constitutionality of police conduct. The death of trials has corresponded to a death of suppression hearings as well, and all the consequences that flow from that.

In Chapter 6 (“The Process is the Punishment”), Hessick attends criminal court and gives the reader a window into what an ‘efficient’ plea system looks like on the ground. The title of the chapter uses the term coined by Malcolm Feeley to describe the experience. On the one hand, some defendants get the benefit of efficiency when they plead guilty early in a case in exchange for a reduced sentence. On the other hand, defendants who refuse to plead are often subjected to the grueling and demeaning process that is attending criminal court. (Indeed, even defendants who have their cases dismissed must go through this process.) When the purpose of the system is to get people to plead guilty, then pressure to do that can come in many forms, including by depleting defendants’ time, energy, and dignity. One feature of the criminal court system that Hessick finds particularly galling is the prohibition on reading that she discovered while sitting in a Brooklyn criminal courtroom. Defendants are sometimes made to wait for many, many hours for their cases to be called before a judge and they are prohibited from even reading a book while they do so. At the end of the chapter, Hessick reveals that she made several efforts by letter, email, and phone to get some explanation from the court administration for the source of this rule. All of her inquiries were met with silence, and the rule against reading remains on the website.

In Chapter Eight (“The Costs: Truth and Justice”) Hessick tackles how plea bargaining has distorted the way lawyers and other system actors see the relationship between truth and justice. This chapter was of particular interest to me as it’s the basis of my scholarly work (Hessick cites to my article, Fictional Pleas) (Johnson, 2019). Hessick begins the chapter by talking about the Jeffrey Epstein case. I had just finished reading Julie K. Brown’s Perversion of Justice: The Jeffrey Epstein Story (2021) when I picked up Hessick’s book, and I found myself constantly thinking about the conversation between the two books as I read Hessick’s Punishment Without Trial. Epstein’s story ties together so many of the issues with plea bargaining identified by Hessick, including how secretive the plea process is and how plea bargain agreements often represent neither truth nor justice. Epstein, for instance, pleaded guilty in state court to two charges of soliciting prostitutes. But Epstein hadn’t solicited prostitutes. He sent out emissaries to find (dozens of) girls outside of schools or malls and then offered them money to give Epstein massages. Once they were trapped in his house, he assaulted them. There are few people outside of Epstein’s circle who would consider his plea deal just. (Years later, after public outcry, Epstein was charged with more serious crimes and later killed himself in pre-trial detention.) As Hessick notes, Epstein’s wealth and power obviously contributed to this extraordinarily lenient deal, but she also points out that it’s not at all clear that Epstein’s plea was unusual. Indeed, plea bargaining produces a huge range of outcomes and, unlike a trial, where the public and the press can see the process that led to the result (even if that result is also neither just nor representative of the truth), plea bargaining remains trapped inside a black box. Part of the reason that the lawyers in Epstein’s case thought they could get away with the deal is because they had almost certainly made deals like that before. Most people outside of the system don’t understand how plea bargaining works, and those who care to understand are often left with limited information to assess the system or the individual plea deals themselves.

Hessick’s book shines a light into the black box, particularly by sharing with the reader the often-ignored voices of those impacted by the flaws and quirks of plea bargaining. And although there are still many hidden aspects of the plea process, the book offers a compelling and accessible portrait of the current landscape. As Hessick makes clear, to understand the plea system is to understand the criminal legal system since they are now one and the same. 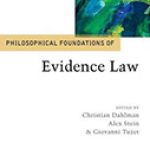 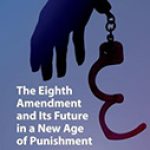 The Eighth Amendment and Its Future in a New Age of PunishmentBooks, Full Reviews