Rape And Resistance: Understanding The Complexities Of Sexual Violation

Presented with a book about rape and resistance, my mind went initially to images of victims fighting off attackers in self-defense, followed by pictures of women marching in protest against sexual violence. Resistance is a multi-faceted concept, capable of expression in a plurality of ways. What many of those ways have in common is the use of voice. To speak out against rape and sexual assault is to challenge a gendered form of historical oppression that for many centuries has been key in maintaining women’s subjugation to men. Speaking out is subversive, threatening, dangerous to the status quo – no wonder it is resisted so vigorously.

The 21st century can be described to date as a time characterised by increased voice when it comes to naming and exposing the multitude of ways by which women, and some men, are sexually violated. More may be being said, but is rape any better understood? Linda Martin Alcoff’s book is itself a form of resistance — a protest at the myriad ways those victimised by rape have had their voices silenced, mediated, and distorted by others – responses guaranteed to mask the realities of one of our most misunderstood crimes and ensure its continuation. She writes at a time when it can feel as though never have so many voices railed against rape, sexual harassment, and child abuse, never have so many perpetrators been named and outed. Drawing on Medina’s concept of ‘epistemic friction’, Alcoff highlights the ways in which the volume of voices currently raised has the potential to shake our familiar concepts and frameworks, challenging us to allow survivors’ perspectives to inform our critiques and transform our practices.

The book begins by recognising that, while we are indeed living in changing times, we are also surrounded with multiple indicators demonstrating a continuity of responses to women’s allegations of rape. At the same time as we are being presented with increasing accounts demonstrating the ubiquity and normalcy of sexual violation, we are also witnessing a backlash of misogyny and dissent intent on undermining the makers of such claims. Yet neither should this be understood as a simple battle between two sides, given that multiple positions exist within a web of social and political complications. How do we make sense of the complexities involved?

Alcoff takes us on a journey in which she maps how key theorists have aided her comprehension of what it means to challenge the pro-rape discourses of our age. In order to resist rape as a behaviour, we need to challenge dominant discourses and transform the social conditions that enable it. The power of speech lies at the heart of this book, but of strategic importance is the question of what is heard and what responses are generated. Accordingly, the first chapter endorses the importance of survivors’ testimonies while simultaneously showing the varied responses made to these, including the risks to self that can result. Dismissing rape accusations as vexatious lies, misunderstandings about consent, or ruses motivated by hopes of pecuniary gain all still function as silencing mechanisms, and the accounts of rape that are presented still tend to obscure its most telling characteristic – it is mostly committed against those whom the perpetrator knows intimately.

What is typically contested in survivors’ accounts is the sense they make of their experience. In Chapter 2 Alcoff draws on Foucault and other theorists in articulating how experiences of sexual violation are not just located or able to be understood as occurring within the heads of those abused – rather, they occur within the context of a social world and are experiences OF that world. The discursive environment surrounding their experience helps survivors interpret and make sense of what happened to them within a particular context, and rather than dismissing them as too subjectively positioned, Alcoff maintains they are those who are “most fully connected to the event” (p74). She advocates that their interpretive analyses of the events they experienced should help to inform a reappraisal of and understanding of sexual violations.

Such a reappraisal is foregrounded in the next two chapters as the discussion focuses on social norms and sexual subjectivities. Alcoff weaves a careful path here through disputed terrain that in recent times has often felt dominated by the voices of those, like Gayle Rubin, who call for an end to norms, seeing norms only as restrictive. Foucault also comes into question here for what Alcoff views as his over-emphasis on the ways concepts of dangerousness have been invoked against perpetrators, particularly those accused of sexual assaults on children. Hers is a voice of informed moderation and balance, seeking to hold simultaneously what others may view as diametrically opposed positions, and affirming the central importance of maintaining a perspective that recognises the harms and damage caused. To critics who argue that today’s emphasis on child sexual abuse resembles a moral panic, she asserts, “I do not subscribe to the moral panic thesis. I would like to see more panic, actually” (p.85), warning against the risks of dismissing the prevalence of child sexual abuse and silencing the voices of those harmed.

While Alcoff clearly writes from her position as a professor of philosophy, her analysis reflects broader political and sociological perspectives. In Chapter 4 she urges that sexual violation must be understood in relation to that which is upheld as ‘normal’ sex within our culture. The privileging of the concept of consent focuses on the individual and their choices, and avoids any structural analysis of the normative sexual practices and relations that contribute to its occurrence. Embracing a sense of our own sexual subjectivity should incorporate along with consent the notions of desire, will, and pleasure, and be viewed not as an entity but as a process – a making of the self. Viewed in this light rape becomes more comprehensible in the effects it has on our sexual agency, serving as an interruption or disruption in how the self is being made. Central within such understanding is the concept of power, and an awareness of the ways in which losses of power may be repeated in multiple contexts while existing patterns of gender relations remain.

While Alcoff asserts the importance of survivors’ own speech, she is at pains to point out this is by no means unproblematic. In Chapter 5 she tackles this issue head-on by critiquing not only the terms and concepts used to describe and reference sexual violations, but the vexed nature of even trying to establish commonly understood words and meanings. Seeking to establish a global language of rape is folly when an individual’s experience and the responses to it are shaped within particular geographical, political and cultural contexts. The concept of consent, for instance, becomes problematic when viewed in relation to the limited options within which choices may be made, with such recognition taking different forms such as when compromising the ‘freedom’ of dependent wives to consent or being used to obscure and legitimate coercion within sectors of the sex industry. As is evident to me writing within the context of a decriminalised sex industry, the legal right New Zealand sex workers have to refuse particular clients or requests makes issues of consent very different here from those experienced by women working within criminalised legal environments.

The complications associated with speaking out are further explored within the next chapter that focuses specifically on first-person narratives. The power of these is explored in part through reference to ‘confessional’ forms of speech, which can be problematic but which may also be empowering depending on context. It is these conditions that Alcoff, and her co-writer for this chapter, consider make all the difference, enabling or disabling survivors’ power and agency over how their accounts are interpreted. The graphic example of 1980s television talk-shows is used to illustrate how producers used the shock tactics of first-person abuse narratives to attract viewers, but brought in psychologists and other ‘experts’ to contextualise these accounts. The end result often served to confirm those victimised by abuse were damaged goods or, if their accounts were deemed questionable by the experts, liars and false accusers. Either way old tropes were reinforced and the opportunity to expand understandings using survivors’ own interpretations lost.

So if there is power in the telling, who is the self who tells and how is it constituted? This question is addressed in Chapter 7, the last substantive chapter. Alcoff engages again with Butler here, urging caution against a stance that too rigidly follows her line of argument so far that no possibility of self, other than in purely abstract terms, exists. Instead Alcoff brings the concept of self back to how we are formed in relationships, shaped by social conditions, our identities formed in response to the dominant discourses of our day – and our day stands at a point in the long history of ideas and politics. Her argument, like others made in this book, strikes a balanced line between extreme perspectives and enables a position to be held that recognises both how we are made AND how we make ourselves. In so doing she asserts agency while recognising the dynamics of power and oppression, and acknowledges our capacity to reflect on and interpret the very experiences others have viewed as the undoing of the self.

The book’s conclusion brings us back to the epistemic friction we began with, the crossroads where we are being presented with opportunities to expand the conceptual landscape through which we make sense of sexual violation. In recognising the power of listening to the voices of survivors, Alcoff stresses the need to recognise the varied and distinct positions occupied by different groups, not only between geographic regions but within nations. Recognition of intersectionalities means more than adding up particular factors, but seeking instead to understand how these interact to form new entities, and the ways these shape sexual victimisation experiences and responses to them. Central to her approach is an understanding of the ways an incident of sexual assault can ripple inwards to destabilise an individual’s sense of identity while also rippling outwards to impact on those around them. The slime of sexual assault oozes everywhere.

This book is a thought-provoking account making a strong argument supporting the importance of hearing survivors’ voices, while simultaneously recognising the need to resist any pressuring on survivors to speak out. Alcoff is emphatic in asserting recognition of difference and respect for diversity, although regrettably her discussion of sex work comes dangerously close to implying the ‘forced victim’ version is the only account available. This sits as an uncomfortable aberration within her overall commitment to embracing heterogeneity, diversity, and complexity. My only other reservation comes from wishing there was fuller referencing so that readers could locate for themselves many of the media articles and examples to which she refers and uses to such good effect.

What Alcoff achieves is a deftly crafted exploration of not only how rape impacts the self, but of what constitutes ‘the self’ and how our selves are constantly in the making. She challenges us to rethink many of the concepts discussed so widely today, doing so in a deeply informed and reflective way that sweeps aside many of the brief blogs purporting to address these topics. Knowing that she herself is a survivor, and struggled with her own fears about speaking out, adds an extra element of authenticity to this book. Her involvement as an anti-rape activist brings yet another dimension, with the layers of her own life reaffirming once again the complexities of rape and the urgency of finding more effective forms of resistance as the twenty-first century unfolds. The need to keep raising our voices against rape remains imperative. 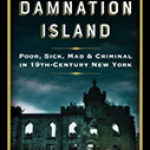 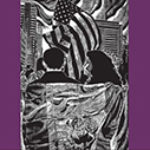 Against The Deportation Terror: Organizing For Immigrant Rights In The Twentieth CenturyBooks, Full Reviews