How might we understand the variation in international reporting of mass violence in Sudan? What explains this deviation over time? Do the patterns shape humanitarian aid, social movements, and justice more broadly? How and why do the frames to understand such violence change over time and by whom is reporting? These are the important questions at the centerpiece of Joachim Savelsberg’s 2015 book Representing Mass Violence: Conflicting Responses to Human Rights Violations in Darfur.

Sociologists and criminologists in the past have shown that how we address violence (or, more importantly, how we define/name violence) shapes international intervention, and what form that intervention takes (diplomatic, judicial, humanitarian, or military). Look no further than cases of Somalia, Bosnia, or Rwanda. However, we know less about what causes variation and the degree of variation between countries and over time. Representing Mass Violence takes on this challenge in a well-written and thoroughly researched project that is accessible for both undergraduate and graduate students.

To begin, the contemporary relevance of this book cannot be over-emphasized, for citizens across the Global North depend on media for their information. Because so few of us have experienced war and atrocity on our own soil, we look to news outlets for understanding. Living in a time in which terrorism, war, and racial and ethnic violence feel inescapable, the arguments in Representing Mass Violence regarding how nationalism, discipline, and collective memory shape the stories we tell about atrocity resonate far beyond Darfur. This book’s contribution spans the sociology of knowledge, to social justice and social policy, to global criminology and collective memory.

In addressing how and why knowledge about Darfur varies across time and societal fields, Savelsberg draws on an impressive array of data. This includes interviews and observations with North American and European NGO specialists, Sudan experts, Africa correspondents, as well as Amnesty International members and Doctors without Borders affiliates. Additionally, Savelsberg and his team of researchers conducted a content analysis of 3,387 newspaper articles from France, UK, US, Germany, Austria, and Switzerland.

Before addressing what I find to be the most compelling findings of this work, it should be noted (as explained in chapter 1) the context in which the stories of mass violence in Darfur are getting published and disseminated. Savelsberg illustrates that we are currently in an international “justice cascade.” The justice cascade is composed of a network of international actors, organizations, and domestic justice systems that aim to punish, in an effort to prevent (i.e., deter) mass atrocities influencing a cultural shift in delegitimizing mass violence. The justice cascade occurs within a historical context of post-Nazi Nuremberg trials, and the adoption of the Rome Statute and the establishment of the International Criminal Court (ICC) in 2002. The ICC is a prominent figure in the case of Darfur, for the ICC charged Darfur leaders with crimes against humanity and war crimes, spurring spikes in new publications on Darfur. While the justice cascade has been a welcomed response to mass violence by some, Savelsberg cautions readers about the shortcomings. For in Darfur, despite the ICC indictment, those who committed mass atrocities still continued to hold onto power.

Representations of Mass Violence systematically demonstrates how memories matter in present-day interpretations of atrocities. For example, Savelsberg illuminates how collective memory and identity spurred the mobilization of the American “Save Darfur” campaign, when conservative churches allied with the American Jewish World Service and African American organizations for both aid and judicial sanctions. Holocaust survivor Eli Wiesel even gave a speech directly linking Rwanda and Darfur (85) in an effort to rally Americans to act and to serve as a reminder of past inaction. The “save Darfur” campaign used what Savelsberg terms the “Justice Frame” in its acknowledgement of violence in Darfur, which is significantly different from previous historical episodes of mass atrocity, such as the 1994 Rwandan Genocide. Here, readers begin to understand the ways in which the justice narrative has the potential to get at the collective memories of those who identify with persecution in ways that incite collective action.

Memories also matter in how countries frame, support, and react to mass atrocity. For example, Ireland was supportive of providing significant assistance to Sudan. When asked about their dedication to humanitarian aid, participants explained that the Irish people remembered their past of colonial rule and famine and wanted to ease the suffering of others. Germany, on the other hand, was committed to framing the solution to the violence in Darfur as an issue of justice. This meant supporting the ICC and other judicial pursuits. However, because of the “cultural trauma of perpetrators,” in Germany, German media did not apply the label of “genocide” early on to the events in Darfur because they were cautious about “relativizing the Holocaust” (197). Furthermore, Austria assumed an obligation to the pursuit of human rights crimes as Germany did, but also labeled the violence as being genocide. This was in response to their decades of delays in facing their legacy of the Nazi Empire. Here, we see how national memories shape the cultural frames media outlets took in addressing the mass violence in Darfur.

Representing Mass Violence adds an additional dimension to understanding the framing of Darfur with regards to humanitarian aid and justice by looking at two different organizations: Amnesty International and Doctors without Borders. Savelsberg asks, how do these two organizations prioritize diplomacy or justice and why? Amnesty International members’ insistence on ending impunity and pursuing justice was believed to help reach other goals along the way. Amnesty members felt justice (and supporting the ICC) was most important. However, for Doctors without Borders, the goals of delivering humanitarian aid and bearing witness to the violence were top priorities. Savelsberg explains that this sometimes means a conflict between the delivery of aid and justice pursuits. For example, the 2009 arrest warrant against President al-Bashir meant that two sections of Doctors without Borders were evicted from Sudan in retaliation. While this was in line with Amnesty International’s goals, it was detrimental to Doctors without Borders. Here, Savelsberg highlights how important it is to think of justice and aid as interconnected, recognizing that their goals, frames, and division of labor differ and, at times, even conflict.

Savelsberg’s book makes a significant contribution to criminology, global sociology, and the study of collective memory. One of the most compelling and interesting findings to me was the ways in which participant interviews and media accounts demonstrated how collective memories of a nation’s past significantly shape the story they tell about present-day conflicts. This has significant implications for Sudan, but is also applicable elsewhere, for it means that nations provide humanitarian aid, resources, mobilization efforts, judicial pursuits, and political power to the processes that best fit with their understandings of their own national past. These choices have meaningful and material ramifications for communities on the ground, as shown in Darfur. 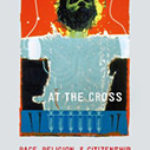 At The Cross: Race, Religion, & Citizenship in the Politics of the Death PenaltyBooks, Full Reviews 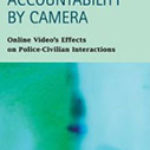