Right-Wing Resurgence: How a Domestic Terrorist Threat
is Being Ignored

Daryl Johnson, in Right-Wing Resurgence: How a Domestic Terrorist Threat is Being Ignored, examines the expansion of right-wing extremists and militias while discussing the leak of the Department of Homeland Security (DHS) Right-Wing Extremism Report entitled “Rightwing Extremism: Current Economic and Political Climate Fueling Resurgence in Radicalization and Recruitment.” Johnson wrote that report, and provides unique insight into the events leading up to and the year following the leak.

The book is a detailed account of Johnson’s life, beginning with his childhood involvement in the Boy Scouts of America through his early tenure with the government, and ending with his role in the DHS. While it is an exhaustive compilation on Johnson’s part, at times personal details and overstatements divert attention from the main point of the book- namely the story of the leak of the Right-Wing Extremism Report.

As Johnson transitions from extremism more generally to the report, one of the issues leading up to its release was a disagreement over the definition of right-wing extremism. The Office of Civil Rights and Civil Liberties (CRCL) pushed for a definition that was limited to those groups or individuals who engaged in violent activity. Johnson, on behalf of the DHS, held that the definition should “not be limited to those who carry out violence and/or criminal activity” (p. 240). In the end, the report was published with Johnson’s definition. And this had implications for CRCL’s future involvement in the review process of DHS documents.

The report identified possible reasons for an increase in right-wing involvement and criminal activity. It concluded that the right-wing resurgence has been the result of: 1) the election of the first African American president; 2) the economic downtown; and 3) the recruitment of returning veterans from the wars in Afghanistan and Iraq. The recruitment of veterans proved to the most contentious. Johnson also highlights the right-wing’s paranoia with a potential gun ban. Given the recent tragedy at Sandy Hook Elementary School and the increased attention on gun-ban legislation, Johnson suggests that even greater attention should be directed to right-wing extremists.

One of the biggest deficiencies of the book is the lack of empirical analysis. In addition, the author generally fails to consider alternative explanations beyond the initial ones he provided in the Right-Wing Extremism Report. Finally, the book reads in places as if it were a witch-hunt conducted against those who were against the report. In fact, in the last pages of the book, Johnson identifies the individual he believed leaked the report. Unfortunately for the reader, while this book contains a great deal of detail on the inner workings of the DHS, and on right-wing extremists in general, in the end Johnson seems more intent on identifying those against him, both before and after the leak. 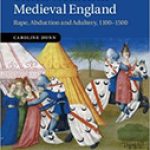 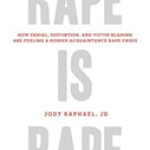