Sentencing and the Legitimacy of Trial Justice

Does the legitimacy of a criminal justice system correlate, at least in part, to its sentencing processes and, more specifically, the case-by-case outcomes a sentencing court then communicates to society? In his latest book, Sentencing and the Legitimacy of Trial Justice, Ralph Henham addresses this and related questions. Sentencing can represent more than merely the final stop in trial level proceedings. “Sentencing is crucial,” Henham says, "because it is the point in the trial where the aims of punishment are given concrete and public expression in specific cases.” [at 1]. Henham describes the intricacies, failings, misperceptions, and possible remedies involved with a criminal justice system’s declaration of sentencing outcomes to society in individual cases in terms of that system’s very “legitimacy” in the public’s eye.

Henham’s discussion of sentencing and legitimacy paves the path to fundamental questions. Henham’s discussion ranges from sentencing discretion to why we punish, the gap between societal perceptions of “justice” and those realized in criminal sentences, and the problematic implications for a criminal justice system which undermines its own legitimacy through disconnected sentencing outcomes. A system undermining the legitimacy of its trial justice is not rare, nor isolated; rather, the undermining effect described in the book is evident within many criminal justice systems, throughout Europe and elsewhere, in both established and transitional systems. Henham isolates the impending crisis of a criminal justice system undermined by its sentencing determinations and offers some of the tools to recognize the potential deterioration in time to act.

The book artfully explores unchartered territory. It attempts to explain the void in the discussion between sentencing outcomes and the public’s perception of the legitimacy of our criminal justice system. Current theory and research of the structure, policies, and processes that affect sentencing do not adequately reflect, or even acknowledge, society’s perception of individual sentencing outcomes as it relates to the public’s broader sense of justice. Henham seeks to fill this void by describing how public perception may reflect, and affect, criminal justice system within the concept of legitimacy. While other scholars have presented legitimacy as a part of the criminal justice dialogue, Henham explores legitimacy through the lens of morality and the sometimes conflicting community norms and values.

Henham offers the judiciary’s discretion in sentencing as a unique outlet to forestall the effect sentencing outcomes have in undermining the legitimacy of trial justice. Interestingly, Henham urges the mobilizing of the courts’ sentencing discretion to more constructively reflect outcomes that the public will recognize as legitimate. In Henham’s view, the court can exercise its discretion in sentencing to reflect moral foundations, socially and culturally sensitive views, and inclusive perspectives, as well as individualized considerations. Through discretion, the court should, not only consider but, mediate these inevitable, competing moral values and diverse expectations to fashion legitimate outcomes, as well as sentencing outcomes perceived as legitimate by a wider moral audience. It is this progressive view of sentencing discretion that makes Henham’s work ground-breaking.

The book then connects sentencing and trial justice. The process and framework of our criminal justice system can be impacted by seemingly disconnected sentencing outcomes in individual cases. Henham urges criminal justice systems to use the court’s discretion in sentencing as a vehicle to reconsidering fundamental questions inherent in any system of criminal justice. Henham challenges punishment rationales, retributive justice, and a morality consensus about sentencing, as well as the relationships between the forms and levels of criminal justice in terms of these concepts.  The book causes the reader to question the criminal justice ideals of assigning criminal responsibility, subjugating defendants, vindicating victims, and isolating sentencing proclamations as representative of the morality of the community. All foundational principles discussed in the book, including the government’s philosophical justification for punishment, the sociology of sentencing, and the role of morality in sentencing outcomes, should be “considered open for renegotiation.” [at 36]. This notion reflects how significantly and far-reaching Henham’s arguments in the book can affect criminal justice globally.

Henham next embarks on the difficult task of offering a framework for integrating judicial discretion in sentencing with a proposed, alternative view of penal governance. Penal governance, according to Henham, can incorporate moral and social factors, and the judiciary can mediate diverse values and viewpoints during sentencing. Henham explores both procedural justice and substantive aspects of trial and sentencing. The basic concepts and common procedural steps, such as due process, plea bargaining, and fact-finding in a plea and sentence scenario, are raised in the book as understandably affecting public perception and the legitimacy of a criminal justice system. The traditional procedural models and norms within criminal justice must be open for reconsideration.

The court pursues a “truth” in sentencing by deeming certain information available and ultimately factual for purposes of its decision-making. The evidence that a court considers, or fails to consider, in determining a sentencing outcome similarly can impact public perception and legitimacy. Henham unpacks the systematic assumptions about truth, evidence available at sentencing, labeling, and the merging of the normative and the social at sentencing. Henham challenges criminal justice theory’s failure “to consider adequately these processes” that form the very information that underlies discretion. [at 169]. The book juxtaposes the information available at sentencing and the philosophical approaches to sentencing throughout his discussion. For example, Henham advocates for a more conciliatory, reconstructive fact-finding process following a guilty plea, as opposed to “artificial procedural dichotomies . . . [that merely] replicate those of the adversarial paradigm.” [at 211]. And this should make sense to readers familiar with sentencing process. The criminal justice systems of modern governments routinely accept, and then decide among, divergent versions of the truth created for the court during sentencing in the plea context. To reevaluate individual sentencing outcomes’ effect on legitimacy, a government first must reconsider its sentencing archaic processes, fact-finding, and the disconnection between evidence available at sentencing, societal norms, and penal philosophies.

For anyone interested in more broadly considering criminal justice and its widening detachment from societal perception and diverse community norms and morality, Sentencing and the Legitimacy of Trial Justice is wonderfully eye-opening. Henham compels the reader to reevaluate one’s views about the court’s discretion at sentencing, specifically how such discretion can be mobilized to evade the impending perils that he outlines in the book. Against the backdrop of legitimacy, and perceived legitimacy, Henham invites us to reconsider the fundamental underpinnings of trial justice and our criminal justice systems. The sentencing court, in fact, does communicate with the community it protects in individual cases upon pronouncing its sentencing outcomes in individual cases. We should pay greater attention to the message conveyed. To read Henham’s latest work is to be convinced that any level or form of government must engage in thoughtful consideration of morality, societal norms and values, and diverse public perceptions when wrestling with issues of judicial discretion and sentencing.

Wes Reber Porter is an Associate Professor of Law and the Director of the Litigation Center at Golden Gate University School of Law in San Francisco, California. 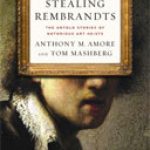 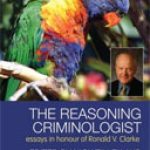