Since William Chambliss’ 1989 seminal address to the American Society of Criminology on state organized crime, there has been a substantial increase in scholarly attention documenting and analyzing the harms committed by state actors and governments. This research has tackled harms perpetrated by the state, both as an independent actor and in conjunction with corporations and international financial institutions. As poignantly illustrated in State Crime and Resistance, largely missing from this scholarship is any discussion of resistance to state crime. This edited work therefore not only provides the first introduction to this subject within the state crime literature, but it also sets out a clear definitional framework for examining a broad spectrum of behaviors and processes involved in preventing, contesting and challenging state crime. Additionally, the editors craft together much needed and varied case examples from leading state crime scholars to illustrate the scope of these resistance activities, as well as the effectiveness of such efforts.

In Chapter 1, Elizabeth Stanley and Jude McCulloch introduce the reader to the subject of state crime and resistance, and provide a definitional framework for the examination of resistance and state crime. The following three chapters examine the role of criminologists in resisting state crime from varying vantage points. For example, in Chapter 2, “Resisting state crime as a criminological project in the context of the Arab Spring,” David Friedrichs emphasizes the importance of criminological engagement with resisting state crime. Having examined the seemingly sudden and collective resistance of the citizens of the states engaged in the Arab Spring Uprisings, Friedrichs encourages criminologists from both the “mainstream” and “critical” orientations to actively participate with the timely and “real-world conditions” (p.24) of resisting state crime. In Chapter 3, Penny Green and Tony Ward draw attention to the importance of civil society in resisting state crime, as it can operate outside the “hegemonic nature of economic institutions” (p.29). While acknowledging the fluidity of the concept, they argue that civil society organizations hold the power to effect substantial change. Chapter 4 continues with work from Ronald Kramer, who argues that criminologists have a responsibility to engage in public criminology, and speak in the prophetic voice with regards to the threat of state and corporate crimes — specifically threats to the biosphere caused by anthropogenic global warming. He also emphasizes the need for social engagement beyond traditional criminological engagement to galvanize public debate about the very real threat that global warming poses to the environment, as well as the political, social and economic harms it poses to “human communities” (p.45).

The following six chapters (Chapters 5-10) contain case studies of specific populations that are used to emphasize the importance of the varying ways in which resistance can occur within the specific historical, social, economic, and political backgrounds of the state. These chapters provide a good balance of case studies from liberal democratic states, as well as from more autocratic and/or repressive states. The first of these chapters, Chapter 5, authored by Michael Grewcock, provides a case study examining escapes from Australia’s immigration detention centers as a form of resistance to Australia’s mandatory detention policy. Taking a different approach, in Chapter 6, Suthaharan Nadarajah and Victoria Sentas adopt a Foucauldian lens to examine the cyclical relationship between state power and resistance as demonstrated between the Sri Lankan state and the Tamils. Then in Chapter 7, Elizabeth Stanley calls attention to the resilience of the people of West Papua who have been subjected to repeated forms of state and state-corporate violence, and have continued to resist through collective and formal (law) forms of resistance. Returning to Australia in Chapters 8, Chris Cunneen continues with an alternative approach to state crime and resistance by examining systematic fraud in the form of the exploitation of indigenous labor in Australia. Chapter 9 then jumps to the UK where Chris Pantazis and Simon Pemberton draw attention to three frameworks of resistance, that of human rights, the pursuit of freedom, and the criminalization of communities, that have been used to contest the state’s securitization agenda. This sub-section of chapters concludes with Chapter 10, where Rob White tackles the importance of resistance to state-corporate crime as it pertains to the strategies employed by environmental activists. He highlights the importance of environmental activism as an instrument for social change, as activists are able to subvert the powers of state when there is a scarcity of official/formal controls in place regulating environmental harm.

State Crime and Resistance continues with a further two chapters that emphasize the importance of documentation and communication as a means of recording a historical record of state crime, as forms of resistance. The first of these chapters is Chapter 11, where Wayne Morrison discusses the importance of image in understanding the abuses of the Nazi state, specifically the role of the state in the construction of visual imagery in the process of “otherizing,” as well as the power of visual documentation as resistance — as in the four photographs taken by soon to be victims of the Auschwitz gas chambers. He argues that “image” extends beyond witnessing, to allow for empathy and the retention of humanity when faced with such state abuses. The second of these chapters, authored by David Kauzlarich, explores the relationship of music, power and politics as a form of resistance, as garnered from an examination of “Western liberal forms of political punk music” (p.156).

The remaining chapters (13-16) examine the role of law and more formal justice mechanisms and their relationship to resisting state crime. These chapters examine local/community legal resources and national laws, as well as the role of international law and criminal justice. In Chapter 13, Jude McCulloch and Megan Blair examine the role of community justice as a challenge to state crime. Drawing from interviews with Community Legal Centres (CLCs) in Australia, they trace the historical development of these Centres, before outlining some of the state violence that CLCs have tackled by situating it within the broader concept of civil resistance. In Chapter 14, Sharon Pickering and Lauren Weber adopt Green and Ward’s (2004) concept of audiences “from above” to examine the processes of judicial resistance – resistance from within the state – to the illegality of state action as it relates to Australia’s border protection policies and practices, specifically the Malaysia Arrangement.

Addressing global efforts to protect human rights in Chapter 15, Dawn Rothe looks to the development of international criminal law, criminal justice and doctrine that has strived for the furthering of human rights as a form of resistance. While recognizing the many barriers to such efforts, especially that of state sovereignty, Rothe argues that the development and advancement of international control mechanisms represent an ideological step towards greater international “political collective consciousness” (p. 199) in resisting state criminality. In Chapter 16, Raymond Michalowski starts with Audre Lorde’s (1984:1) quote, “the master’s tools will never dismantle the master’s house,” as a launching point to discuss the ability of supranational justice to resist state organized violence. He argues that overreliance on juridical mechanisms of control does not necessarily challenge state power, but rather can act to preserve state legitimacy, as they prosecute only a small number of state perpetrated harms that occur. He argues that relying on supranational justice as a means to control state crime is therefore limited, without “recalibration of the political-economic structures that facilitate systematic state crime” (p.221).

Jude McCulloch and Elizabeth Stanley conclude by reflecting on the various chapters, noting some of the limitations to being the first to broach the subject of resisting state crime. One such criticism is the lack of engagement with how state crimes are experienced through broader structures of gender, race, age and class. While recognizing the editors’ acknowledgment of this limitation, I would also extend their sentiment and argue that if I had to offer criticism, that there is a notable absence of voices from scholars outside of Western criminology. However, as this is the first text to broach the subject of state crime and resistance, this is less of a criticism and more of call to scholars from other regions of the world to build on the solid foundation that Jude McCulloch and Elizabeth Stanley have set out here in State Crime and Resistance. Because of the intentional introductory nature of this book, such a criticism does little to distract from the significance of this book to state crime scholarship.

To reiterate, it is important to note that despite the increased scholarly attention to the issue of state crime that has occurred over the last few decades, this book is the first to offer an introduction to the important topic of resisting state crime. Taking on an unexplored topic within the state crime literature, this edited volume should be considered a required foundational text for all those, students and scholars alike, wanting to better understand the dynamics between state and resistance. This is especially so for those who wish to be more directly engaged in a public criminology — one that extends beyond the traditional bounds of the ivory tower, and calls for greater engagement and collective action. 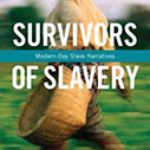 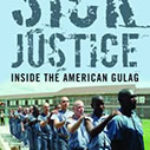