In this work, Rose Ricciardelli provides a salient overview of the prison experiences of men in federal institutions in Ontario. By drawing on interviews with 56 formerly incarcerated men (all of whom who were sentenced to serve two years or more), the author attempts to sketch parts of the daily lives of the thousands behind bars. To facilitate this process, Ricciardelli walks the reader through the correctional system in Canada and explains well the trajectory created by a classification system which operates from reception through to the various security levels until release. Her overview of the penal apparatus’s processes are deftly handled and, as with the remainder of the text, written in a way which is accessible to a wide audience.

While other works provide focused discussions of particular aspects of prison life in Canada (see for example Michael Jackson’s works on solitary confinement and human rights), this text addresses in a more general way themes relevant to aspects of the federal carceral landscape. Drawing on a rich corpus of interview data, this work provides a wide-angled penal snapshot while situating this picture within some of the extant literature. Although at times this work falls into the normative trap of reproducing tired tropes of dysfunctional prisoners, it does provide a good introduction to prisons in Canada for an undergraduate audience or members of the general public.

Despite the challenge of examining a breadth of themes, Ricciardelli manages to give the reader a sense of some of the minutia of the day-to-day experience of the incarcerated. In Chapter 3, for example, she details how prisoners in higher security prisons sometimes have to choose between using their limited non-cell time to either take a shower or call their family – not both. It is at these moments that the text makes its strongest impact and provides insights that help a reader unfamiliar with prison life to understand the tight regulation and control in these total institutions.

Each chapter of Surviving Incarceration begins with a lengthy vignette designed to bring an individual research participant into focus. These stories, drawn from the transcribed interviews, provide the reader with a sense of either the person’s pre-prison life, the dynamics of their crime or their experience of incarceration and reflect the individual’s own cadence and candor. Following these narratives, Ricciardelli delves into specific topics such as the administration of prisons, the nature and efficacy of programming the existence of prison hierarchies, the ‘inmate’ code, and the impact of the ‘sex offender’ label. In these chapters the author periodically quotes from the interviews to illustrate her points; however, in the body of the chapters, the sense of the men as diverse and complicated beings wanes. While the goal of this work is not to provide life histories, at times the men appear uni-dimensional and interchangeable; in the text they are simply parolees without even the benefit of pseudonyms.

Occasionally in these chapters more critical engagement with the content would have provided a deeper analysis to the reader. While the author strives to represent the men’s perspectives (no easy task given the diversity of her sample), the contradictions in the narratives often remain unchallenged, and this is a missed opportunity for a more nuanced presentation. Instead of a contemplation of the tensions inherent in the stories, the author affords them a high degree of face validity and loses the chance to unpack significant contradictions. For example, while discussing prison hierarchies, Ricciardelli details that “a requirement for being solid – the primary requirement – is that the offender would never knowingly, no matter what the circumstances, sexually or physically victimize women or children. Thus prisoners with solid convictions are given even higher status in comparison to men whose victims are kids, youth, or women; those men were the people at the bottom of the food chain, they get beat up all the time” (p45). She does not confront the fact that many of the Lifers (who she points out are at the top of the hierarchy) are in prison for killing women – often in instances of domestic violence. As Ricciardelli notes in other parts of the text, it is increasingly easy for the men to find the details of crimes and so it is not credible that they didn’t know the sex of victim(s), but rather that in practice some forms of violence against women are tolerated both in free and captive societies. Further, she notes later (Chapter 5) that sex offenders are integrated into the general population in some institutions and while they do not necessarily receive greater status, they are certainly not assaulted on a regular basis as the quote (in italics) above implies – indeed some ex-prisoners indicated that they treated these stigmatized others positively so as to not jeopardize their own parole.

The above point notwithstanding, Ricciardelli’s specific consideration of the individuals imprisoned because of sex crimes is one of the strongest chapters in the text. The author manages to explain the nature and implications of the stigmatization without either pardoning or condemning the convicted individuals. In this way Ricciardelli meets her goal of not suggesting that “all prisoners are ‘good people’ or ‘bad people’ with socially unacceptable or acceptable values and ethical standards” (p.11), but rather she deftly navigates a terrain which can easily trick one into furthering the stereotypes. She helps the reader to grasp not only the impact of the label on those to whom it is ascribed, but also how others in the institution respond to the marked person or group of persons.

One of the main contributions of Surviving Incarceration is the way that Ricciardelli integrates the ever-present risk discourse into her analysis of life in prison. Her consideration of how risk management rationalities by the state permeate the prison environment is not new, but her discussion of how risk mitigation is employed by the incarcerated adds a layer to the discourse. Ricciardelli manages to expose the ways that the idea of riskiness has created a shift in the prison culture. For example, in her discussion of the ‘inmate code’, the author notes that there has been a shift from using the code as a tool of convict solidarity to being individualistically instrumental to surviving prison; this transformation is a profound one which has dramatically altered how people ‘do time,’ and represents an important contribution to the literature.

The author uses the chapters not only to exemplify what is occurring in prison but also to highlight what is not happening. In so doing, Surviving Incarceration deconstructs some of the myths that are perpetuated in mainstream media about what occurs in prison. For example, the men in this research debunk the idea that rape in prisons is both inevitable and unavoidable and (despite the homophobic rhetoric that the author notes) the men acknowledge that most same-sex relations between incarcerated men are consensual.

On the other hand, the extensive attention given in this book to acts of violence feeds the myth that prisons are perpetually on the verge of riot or assault, with an everyman for himself cavalierness. None of this is to say that prison is not a violent place; indeed, as scholars such as Phil Scraton, Joe Sim, and Paula Skidmore pointed out in Prisons Under Protest, the deprivation of liberty through forced confinement is inherently an act of violence. Yet Ricciardelli’s repeated focus on the more salacious aspects (being ‘shanked’, stabbed or killed) makes prison seem more exciting than it is, and feeds into the stereotypes of criminals as volatile and ‘ready to snap’. The extreme boredom and monotony of prisons that those who live within the walls (and scholars) often describe is lost in this text. Also missing, and a point which would have debunked the ‘anti-social misfits’ stereotypes, is a consideration of the deep and abiding friendships developed between prisoners (not just ‘gang members’) during their sentences, and/or the outside support people who also help prisoners to survive being caged. Instead, in contrast to other research findings, the image portrayed is of dishonorable men who “knew never to trust other prisoners, who often turned on each other” (p.177).

While accounting for all experiences for a diverse group (long term/short term, various types of crimes and involvement, various ages, etc.) is a massive challenge, the focus on violence and malice has a tendency to make prisons and those held captive within the walls seem like social anomalies. For example, Ricciardelli spends a considerable amount of time discussing the former prisoner’s desires to achieve dominance, respect and status in prison without recognizing that free men desire these exact same things, and often attempt to gain them using the same gendered strategies. By hyper-exceptionalizing the men in prison, she neglects the ways in which that walled environment is a microcosm of the larger social body which creates and perpetuates patriarchy and violence as a response to many social dilemmas. Moreover, the masculinities so explicit in prison reflect the perhaps more implicit androcentric environment in which the men are raised and to which they will return. When works examine carceral institutions without juxtaposing these against the extant social milieu, the prison can only be seen as unique, and this is problematic as it allows the public to discount what happens in the walls as problems of the ‘other’.

Ultimately, despite the many merits of this text and the ambitiousness of the stated goals, Ricciardelli may have lost an opportunity to do the very thing she hoped to achieve – to help people better contemplate increased incarceration as a crime control strategy and to have the reader consider whether prisons are a ”humane form of punishment and an effective means of rehabilitation” (p.11). Her concluding thoughts (p. 211-212) make it evident that despite ample evidence (in this book and elsewhere) that prisons are by design inhospitable environments, Ricciardelli buys into the idea that policy and program changes can tweak the penal system such that imprisonment will be, if not laudable, a workable penal solution. While her text deliberately does not tackle the history of prisons in Canada, it is important to acknowledge that, after many careful examinations of the state of federal corrections, we as a nation have travelled this reformative road many times; like this work, many other researchers and government commissions and task forces have, since the early 1930s, exposed the inhumanities and problems encountered by prisoners in Canada, but rarely have they questioned prisons as a solution. Rather the reader is left, as the title suggests, to merely consider how one best survives incarceration.

Melissa Munn is a Professor in the Sociology and Interdisciplinary Studies Departments at Okanagan College in British Columbia, Canada 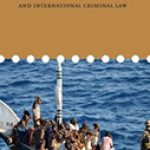 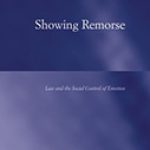