Over the last few decades, many media analysts, politicians, and scholars have grappled with policing practices termed “racial profiling”–the singling out of some Americans by police officers for differential treatment because of racial (usually physical) markers, whether that police action is warranted or not. Thanks to the great increase in social media, such as Twitter and Facebook, there are also many discussions of racial profiling incidents by the general public on a more or less daily basis. Jack Glaser, a psychologist and policy professor at the University of California-Berkeley, here provides one of the most research-based and accessible overviews of what experienced psychologists and policy analysts know about various aspects of contemporary racial profiling in the United States.

Glaser offers a good review of contemporary studies of racial inequalities in U.S. policing. His review of research data on such inequalities includes numerous important insights and some surprising findings. For example, while racial profiling may provide a small increase in policing efficiency (if the group targeted really does have a higher crime rate), there is often a major downside, even in the overall efficiency of finding actual criminals. Some research analyses show that racial profiling can increase crime by allowing more criminal activity by those not racially profiled. In addition, racial profiling by the police has a negative psychological, economic, and/or political impact on local communities of color, and the latter are likely to react in ways that frequently make local policing more difficult.

In a chapter considering the use of racial profiling in counterterrorism efforts, Glaser provides a savvy analysis of what he calls “flying while Arab.” He notes the racial profiling of certain people and not others in some counterterrorism practices. For example, the early policing response to the most destructive terrorist attack by an American so far in modern U.S. history, the 1995 bombing of a federal building in Oklahoma City, profiled and targeted Middle Eastern men, who were innocent, and thus it took longer to locate the actual bomber, a white American and military veteran, Timothy McVeigh. Glaser concludes an extensive analysis of profiling and counterterrorism issues with the astute conclusion that the racial profiling of Middle Eastern Americans, who actually have a much lower rate of terrorist activity than radical white antigovernment extremists, violates their constitutional rights and alienates communities that counterterrorism efforts may need to depend upon for future assistance.

Glaser also provides a good review of the relevant psychological literature on stereotyping, prejudice, and implicit bias, including useful summaries of how stereotypes develop and change over time. His discussion of implicit bias is penetrating and important. Drawing on Implicit Association Test (IAT) research and other research understandings of implicit bias, he offers much practical advice on how concerned government officials could make use of implicit bias testing measures to better understand and reduce or eliminate discriminatory policing. IAT-type measures can be useful both in developing a general overview of the implicit bias responses of officers in a particular police department and in calling out, together with other measures (one is not enough, he wisely insists), those officers with especially strong racial biases that may be expressed in discriminatory policing. Glaser argues effectively that measuring implicit racial bias not only puts a strong scientific face on showing the reality of this troublesome bias, and also that the data resulting can show just how widespread such police bias actually is in a department, especially for skeptical police officials. There are few substantial research studies of the sensitivity and diversity training programs that are being carried out for police officers; and, given what is being learned about conscious and implicit racial biases of officers, effective programs will need to be much more extensive in depth and duration than most such are now.

Even then, Glaser notes, social psychological research has long shown that “there are no guarantees that changes in attitudes translate into changes in behavior” (189). In his view, effective training aimed at profiling reduction will have to integrate an educational approach about implicit biases and unintended discrimination with carefully crafted and “specific strategies for avoiding biased policing,” as well as active supervisory monitoring of ongoing antibias strategies in departments (189).

Toward the end of the book Glaser reviews the significant psychological research that suggests some action strategies for changing the content and activation of racial stereotypes, including research suggesting that equal status contacts between whites and people of color can successfully reduce white racial stereotypes and other racial biases. He concludes his discussion, however, with the caution that implementing such social psychological lessons in actual police departments will be logistically difficult. Still, maximizing “interracial partner assignments” and much more in the way of positive, interactive “community policing” efforts can be effective in improving police views of the people of color they daily police.

Building on the work of other scholars, Glaser further suggests that current discrimination jurisprudence needs to move away from the prevailing judicial notion that “racial intent” must be proven in order to get legal redress for a victim of racial discrimination. The reason is that much racial stereotyping and other bias that leads to such discrimination, including racial profiling, is not consciously recognized by those who harbor and operate on that stereotyping. Glaser recognizes that the important goal here–of getting judges to modify the “proving intent” rule to a rule that holds “institutions accountable for failing to take positive steps to prevent implicit bias from causing discrimination”—is very difficult to implement in the current judicial system. Still, he makes the important suggestion that police department administrators already have the power to “compel their employees to take affirmative steps to prevent” such racial discrimination (204). Glaser also notes well the great need for better data collection by most police departments and for the passage and enforcement of the End Racial Profiling Act (ERPA).

Like many analyses of U.S. racial matters, however, Glaser’s book is rather weak on certain broader societal context issues. His analysis could go deeper and be more revealing if it brought in an explicit discussion of the larger system of institutionalized racial oppression that for centuries has undergirded and interpenetrated this country’s policing system (e.g., Carmichael and Hamilton, 1967). Historical research has demonstrated, to take a relevant example, that one of the important roots of racialized contemporary policing lies in the early white slave patrols of the slavery system that dominated this society for fully 60 percent of its history. After that era, for nearly a century, the slave patrols were often followed by white–run police departments in the South and North that used racialized and often violent profiling to “control” theoretically free black (later, brown) populations during the long era of de jure and de facto Jim Crow segregation. Contemporary policing organizations in rural and urban areas have frequently emerged out of that background of blatantly and institutionally racist policing. Given this current reality, solutions to today’s racialized policing need to go well beyond a focus on certain implicit or explicit racial biases held by ordinary (white) police officers.

Thorough and deep understandings of the centuries-long history of racialized policing in the United States are essential, and the larger systemic racism context needs to be brought more fully into interpretive and policy analyses if we are to make major headway in dealing with racialized policing and other justice-system oppression. This long history of systemic racism has included the widespread development by whites of what my colleagues and I have called the white racial frame—a broad racial frame that includes much more than cognitive stereotypes and biases directed at people of color (Feagin, 2013). For centuries, that dominant white racial frame has also included racist images, narratives, and ideologies, as well as racialized emotions. Additionally, it includes not only anti-others (e.g., anti-black, anti-Latino) subframes accenting lack of virtue, but also a central pro-white subframe that accents white superiority and virtuousness in many areas (e.g., intelligence, morality). Extensive research on the reality and implementation of many elements of that white racial frame (e.g., Slatton, 2013) makes clear some of the serious weaknesses in relying too heavily on the concept and measures of “implicit racial bias.” Using this more comprehensive white racial frame concept, we can understand how a research-demonstrated decline in certain anti-others stereotypes among whites, or a shift from more to less overt assertions of them, does not mean that many other elements of the dominant white racial frame are not still in operation in the ways that whites, including elite white officials and street police officers, orient themselves negatively and discriminatorily toward Americans of color.

Yet another crucial missing piece in this analysis of the racial profiling reality is the central and problematical role of powerful whites, especially elite white men. There are no entries in this book’s index for whites or white elites, nor does one find a significant discussion of the well-developed institutional and systemic racism theory and research in social science that has dealt with them over the last few decades. The powerful policing, political, and corporate members of the white elite must be explicitly called out and brought to the forefront of a full analysis of racialized policing. They are the principal policymakers and decisionmakers that have generated in the past, and today disproportionately maintain at the top of most police departments, our still racialized policing system. They have regularly determined the who, where, and how of the policing of rural and urban populations, including the often racially discriminatory focus on men and women of color. 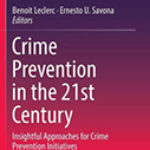 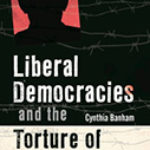 Liberal Democracies And The Torture Of Their CitizensBooks, Full Reviews