The Corporate Criminal: Why Corporations Must Be Abolished

The book under review has been published in Routledge’s “Key Ideas in Criminology” series, with other books in this series on such topics as rehabilitation, security, surveillance, and genocidal crime. Routledge has achieved a rapidly expanded presence in the field of criminology, and presently has an extraordinarily large list of criminology titles. In addition to series such as the key ideas series, it has published a growing number of handbooks. Routledge is now by any measure a dominant presence within criminology.

Steve Tombs and David Whyte are both UK professors who have been major contributors to the corporate crime literature over a long period of time. Their 2007 Safety Crime book was among their noteworthy collaborative projects, and surely established them as the two outstanding authorities within criminology on that form of corporate crime that imposes harm – sometimes fatal harm – on workers. Tombs and Whyte have also been actively involved with entities engaged in oversight on harmful corporate activities. Altogether, they exemplify an ideal model for those who aspire to be criminological students of corporate activities.

The present book, consistent with the series of which it is a part, is relatively brief, with six chapters and a total of 182 pages of text and notes. The purpose of the “key ideas” series is to produce original but selective (as opposed to comprehensive) examinations of core ideas or issues within criminology. The core notion that serves as a basic point of departure for this book – that corporations are criminal – is not per se a new claim. By some lights, it is quite an old claim. In 1845, one hundred and seventy years ago, Friedrich Engels published The Condition of the Working Class in England. In that book he characterized the industrial corporations of his time as complicit in homicide, insofar as they knowingly condemned a certain number of their employees to death due to the dangerous conditions under which these employees worked in their factories and mines. Even if it was not the specific intent of the ownership and management of corporations that workers should die, and even if they did not in advance know which specific workers would die in their factories and when, Engels convincingly argued that they should be recognized to be engaged in homicide. Indeed, the capitalist corporation as a criminal enterprise can be regarded as intrinsic to the Marxist critique of capitalism in the nineteenth century. In the twentieth century, within sociology and criminology, E. A. Ross and Willem Bonger were among those who addressed the criminality of corporations. Of course Edwin A. Sutherland, in his 1939 presidential address to the American Sociological Society and his 1949 book, White Collar Crime, is generally credited with have placed the study of white collar crime on the criminological agenda. Although the term white collar crime was applied to a wide range of activities, Sutherland’s own book focused on its corporate form. Although it took a long time before more than a handful of criminologists took up Sutherland on his call for far more criminological attention to the crimes of corporations, over the past couple of decades such attention has grown significantly.

The single most provocative claim of the book under review is that it advances the claim that the corporation of today must be recognized to be inherently criminal or criminogenic, and accordingly it must be abolished. The authors acknowledge that such a claim will be regarded by many as extreme and utopian, and hardly something that could ever be realized. Obviously corporations are such a central and dominant feature of neo-liberal political economies, and have as well become quite central to the evolving political economies of formally communist states such as China, the claim that they should be and could be abolished is likely to be viewed as both wholly unrealistic and for many fundamentally undesirable as well. But the authors here are advancing classic thinking “outside the box.” The many forms of harm associated with corporations and corporate activities, in a world of expanding income inequality and diminishing natural resources, have come to be increasingly recognized in many quarters. Pope Francis is among those who have drawn attention to the dark side of corporate capitalism. That the various political revolutions of the twentieth century – in Russia, China, Cuba, and elsewhere – that endeavored to organize national political economies according to various interpretations of communist ideology had catastrophic historical consequences is indisputable. But it does not follow from this that during the course of the twenty-first century there will not be increasing momentum toward establishing an alternative to a corporate capitalist political economy that avoids replicating the many dark dimensions of the so-called communist political economies of the twentieth century.

The opening chapter of this book documents the dominance of the corporation in our political economy, and examines critically the claims advanced on behalf of both the inevitability and the desirability of the corporate form. The alleged efficiency and autonomy of the corporation is deconstructed in this context. The oligopolistic corporate presence in the contemporary political economy is far removed from the original vision of the corporation in a free market economy advanced by Adam Smith. The contemporary corporation manages to “externalize” much harm and crime while avoiding liability for such harm and crime. The common perception that state regulation is capable of “controlling” corporate wrong-doing is challenged as based upon a false notion of states and corporations as separate as opposed to fundamentally interdependent enterprises.

In the second chapter of this book the authors provide a brief review of the many forms of crime and harm perpetrated by corporations, including the crimes of everyday corporate life. Corporate theft and fraud, corporate crimes against consumers, against workers, and against the environment are addressed. The second half of this chapter addresses corporate complicity in the crimes of states. The recurrent question of whether corporate activities that indisputably results in harm is properly addressed as crime arrives at the same conclusion that Sutherland (and even earlier, Engels) insisted upon, that yes it is crime.

The corporation is such a dominant presence in our world that we can easily forget that in historical terms it is a relatively new feature of human history. The third chapter of this book reviews the emergence of the corporation in colonial times and the rise of the joint-stock corporation. The basic fiction of corporate personhood or personality is here addressed. This development in legal history has allowed corporations to evade, in various ways, full-fledged liability for the harm they cause.

Can the corporation be effectively controlled? This core question, which inevitably arises earlier in the book, is accorded more systematic attention in the fifth chapter. The claim advanced here is that the very form of the legal treatment of corporations has resulted in prosecutions for corporate wrong-doing that are few and far between, with the state’s prevention and response to corporate crime and harm as a largely illusory phenomenon. The influential claims of the “compliance” school of thought – that persuading corporations to comply with regulatory law that supposedly is protective of a broad range of societal interests – is based upon false premises about the true nature of the regulatory enterprise, which is ultimately more about social order maintenance than it is about authentically effective controlling of corporate harm. Regulation in this view sustains rather than constrains corporate wrong-doing.

The body of this book, then, includes several chapters that selectively review some core themes relating to corporate crime and its control. Much of the material reviewed in these chapters will be quite familiar to those generally conversant with the literature on corporate crime and the regulatory enterprise. But Tombs and Whyte here frame this review in a way that is at odds with some basic elements of common representations in this literature. Obviously this framing is unlikely to be uniformly embraced by readers, but at a minimum it may well compel many such readers to at least reconsider some of their premises and assumptions in relation to corporate crime and its control.

In a concluding chapter the authors return to their core claim about corporations: that they are not beneficent institutions, their criminal and harmful activities cannot be effectively controlled, and we should collectively face up to this and work toward their elimination. The notion that corporations and the state exist in a symbiotic relationship, rather than as independent and oppositional enterprises, is a central element of this analysis. Tombs and Whyte suggest that in the current era corporations may have become more vulnerable due to, among other considerations, increasing public recognition of the crimes of corporations, the false promises of corporations in a time of many forms of public distress and disenchantment, and the increasingly clear limitations of the state as an effective instrument of control of corporate wrong-doing. In a concluding section entitled “Being Pragmatic and Being Utopian” Tombs and Whyte acknowledge that in those instances where regulatory initiatives can be shown to be effective they are worth pursuing, but at the end of the day the limitations of the regulatory enterprise must be recognized. In a final thought, they assert that “in essence the corporation is rapacious, violent, thirsty for profit and systematically criminal. For those reasons the corporation cannot be tamed” (p. 180). As their book is not a political manifesto, they do not offer a vision of how a world without corporations might be achieved and what it might look like.

The reviewer has recently focused more on the crimes of major financial institutions than on the industrial corporations that are the principal focus of this book. He has agreed with economist David Korten’s assertion that Wall Street should not be reformed, it should be replaced. In a world facing huge challenges, going forward, it remains to be seen whether or not industrial corporations and investment banks are sustainable enterprises. This book offers readers a provocative brief for the case that corporations are in fact not a sustainable enterprise, and that their inherently criminal and criminogenic nature must be fully recognized. 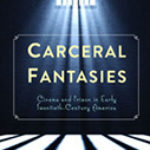 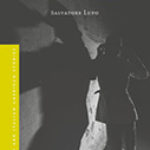