THE CRIME OF ALL CRIMES: TOWARD A CRIMINOLOGY OF GENOCIDE

In her preface for this book Nicole Rafter observes that few criminologists to date have addressed genocide. She is not the first criminologist to make this observation, but it remains paradoxical that genocide – which, as the title of the book suggests, can be characterized as “the crime of all crimes” – has attracted so little formal attention from those who claim to be the leading academic specialists on crime and its control. The designation “the crime of all crimes” would seem to be warranted, because no form of crime has produced more deaths in less time than genocide. Rafter (p. 53) produces the figure of 50 million deaths from genocide just during the course of the twentieth century. The term itself was coined by Raphael Lemkin during World War II, while history’s single most famous genocide – the Holocaust – was on-going; but it was specifically also to characterize earlier genocides, notably that of the Armenian people within the borders of a newly established Turkey during the World War I era. In recent decades, genocide (and especially the Holocaust) has been the focus of much scholarly attention, across many different disciplines, but the specifically criminological literature on this form of crime remains remarkably thin. Rafter suggests that this neglect by criminologists may be “because it seems alien to their usual research,” and further, that they have been effectively imprisoned by their acceptance of crime as that defined as such by the state (p. 147; p. 217). If that’s the substance of it, the field has much to answer for. Late in the book Rafter suggests that “[c]riminology does not come to genocide with unbloodied hands” (p. 217). What she is referring to here is the Nazi’s incorporation of biogenetic criminological theories into their own eugenics theories, which in turn provided a “justification” for the extermination of “asocials” who threatened, in their view, the long-term well-being of German society. Rafter took as one of her core goals for this book “adding criminology to the interdisciplinary mix” (p. xiii). By her own account she came to this project somewhat serendipitously. While in Austria on a Fulbright Fellowship, with a project on the history of criminology – a topic on which she had already made noteworthy contributions – she found herself in Linz, Hitler’s hometown. Moreover, it turned out that Hartheim Castle, where the Nazis carried out the involuntary euthanasia of mentally disabled individuals, was nearby. Since the criminalization of the mentally disabled was a phenomenon with which Rafter had long been engaged, the proximity of this site was also of great interest to her. And so she chose to engage in the ambitious scholarly project which is reported in this book.

Genocide is a hugely complex and daunting topic, and anyone taking it on faces the prospect of being overwhelmed by it, on several different levels. Rafter adopted as her goal for this project the comparative study of eight twentieth century genocides, to see whether common causal factors could be identified, and to explore what specific contribution criminology could make to enriching or deepening our understanding of the crime of genocide. The eight genocides span the whole of the twentieth century – beginning with one initiated in 1904 and ending with one that happened in 1994 – and occurred in different parts of the globe (i.e., Europe, Asia, Central America, and Africa). Specifically, the eight genocide “cases” studied here are: Herero; Armenian; Nazi genocide of the disabled; Katyn Forest massacre; Indonesian; Cambodian; Guatemalan; and Rwandan. The choice to limit the case of the Nazi genocide to that of the disabled was surely prudent, since the broader Holocaust is such a large-scale event, and has been addressed by now by such a massive scholarly literature that it may well be “unmanageable” in the context of a comparative study such as this one.

Rafter opens her first substantive chapter with a brief discussion of the Katyn Forest massacre of over 20,000 Polish citizens by Stalin’s secret police in 1940. This massacre – a “secret genocide”, because until recent times the Russians denied responsibility for it – was not a “typical” genocide, but Rafter makes a case for classifying it as a genocide. Of course Stalin – to say nothing of Mao – was complicit in the deaths of many millions of people, and by some measures Stalin and Mao were mass murderers on an even larger scale, at least in terms of numbers, than Hitler. But Rafter’s objective in this chapter is to offer a core rationale for a criminological framing of genocide, and to identify some of the ways in which genocide has changed, responses to it have changed, and the study of it has changed. If in her view criminology can contribute to the on-going, evolving endeavor of trying to understand genocide, criminology also has much to learn from the study of genocide. Throughout the book Rafter invokes criminological concepts and criminological findings, always asking whether they do or do not apply to genocide. She makes comparisons between genocidal states and organized crime syndicates; between crimes of states and different forms of white-collar crime; between the cessation of genocidal missions and criminal activities; and between criminal recidivists and genocidal recidivists, among various other such comparisons. She recognizes that some forms of conventional criminal activity can intersect with genocidal campaigns: for example, when genocide is used as a cover for diamond extraction projects on the part of organized crime, or when mobile criminal gangs are enlisted to carry out the killing for genocidal states (p. 226). Rafter highlights such intersections, whereas in the genocide literature coming out of disciplines other than criminology this might not be the case.

In her second chapter Rafter poses the fundamental question, “What kind of a crime is genocide?” This calls for addressing the definitional issues, and the relationship between genocide and crimes against humanity as well as war crimes that are intersecting but not synonymous crimes. The eight genocides she chose to focus upon are summarized, as a basis for identifying both parallels and differences, in terms of perpetrator profiles, victim profiles, and the dynamics of genocides. The next six chapters are devoted to in-depth explorations of seven genocides, excluding the Katyn Forest genocide addressed in the first chapter, and with two genocides (the Armenian genocide and the Nazi genocide of the disabled) addressed within a single chapter. For each chapter she chooses a core theme or focus. These core themes include the macro dynamics, the meso-level dynamics (e.g., emotional dimensions), and the micro-level dynamics, the processes of mobilization, the role of gender in relation to genocide, and the processes whereby genocides come to an end. So each of the seven genocide cases is drawn upon to illustrate these themes. The final chapter of the book – “Treating Genocide as a Crime” – returns to the foundational questions of what criminology has to date contributed to the study of genocide and what it could potentially contribute to its understanding. The review of “previous criminological work on genocide” is quite selective, missing a substantial amount of such work over the past fifteen years or so in particular. Books by criminologists Alex Alvarez, Augustine Brannigan, Ruth Jamiesen, Joachim Savelsberg, and Andrew Woolford do get at least passing mention, as do articles by Wim Huisman, Susanne Karstedt and Alette Smeulers, among others. John Hagan is an especially high-profile criminologist whose work on Darfur and other genocides in recent years, with collaborators, has received significant attention, and is discussed here. There is also some acknowledgment of the relevance of work relating to peace-keeping and reconciliation of another internationally renowned criminologist, John Braithwaite of Australia. The work of conflict and critical criminologists – for example, Dawn Rothe and colleagues – is briefly noted. But the criminology of crimes of states is now a significantly larger enterprise than is indicated here, although of course it remains vastly overshadowed by the criminology of conventional, or street, crime. If those criminologists who have to date addressed genocide have taken quite different approaches, I believe Rafter’s comparative approach – analyzing, for example, how what we have learned about conventional crimes and their control does and does not apply to genocide as a crime and its control – is an approach where criminologists are uniquely positioned to make a contribution to the genocide scholarly literature. For example, rape and its control has been long studied by criminologists, but rape has also been incorporated into genocidal crimes, and parallels and differences between rape in a conventional and a genocidal context are worth exploring. Deterrence and factors that contribute to desistance from conventional crime can be addressed in relation to how they do and do not apply to deterrence of and desistance from genocidal crime. Altogether, Rafter claims some unique dimensions for her book that set it apart from the countless other book-length studies of genocide, including its application of criminological reasoning across a number of different genocides (p. 219). She concedes that the criminological theories that have developed during the course of the field’s history are of limited usefulness in relation to genocide, because they tend to be disproportionately focused on individual variables.

The reviewer had his copy of this book with him while participating as a faculty member in a State Crime course for postgraduate and doctoral students at Marburg University, in June, 2016. He was sorry to learn from one of the other participating faculty members that Nicole Rafter died unexpectedly, while undergoing minor surgery, in February, 2016, at age 76. This book would have just been newly published at that point. It is surely sad that she will not be with us to participate in the on-going criminological dialogue her book is bound to inspire. And it is somewhat discomforting to recognize that she spent the final period of her life immersed in the study of a topic that is “vast, strenuous and stressful” to study, as she notes in the concluding paragraph of the book (p. 227). Her book on this topic will be recognized as a crowning achievement of a long and distinguished career as a criminologist. The Crime of All Crimes provides one fundamental point of departure for an immensely consequential project for the field of criminology, going forward in the twenty-first century — contributing to the understanding of genocide, and ideally to our collective ability to prevent the occurrence of this dreadful form of crime. 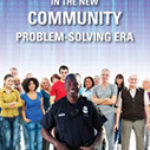 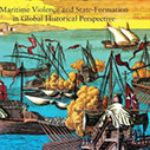