The Criminalization of Black Children is an aptly named monograph about how the world’s first juvenile justice system dealt with African American children during the first half of the twentieth century. It’s part of a growing wave of historical scholarship that examines the relationship between race and the evolution of American juvenile justice. Although scholars have sketched the rough outlines of this story of racial injustice that included the Chicago Juvenile Court handling the cases of “dependent” black children as if they were “delinquents,” Tera Eva Agyepong fills in the critical details to show the impact of this discriminatory policy on black children. She carefully explicates the connections among social welfare policy, racialized conceptions of childhood, and the harsh experiences of black boys and girls who were institutionalized in secure care facilities. Her findings also contribute to the theoretical debate about the founding rationale for the juvenile court. Was it created to intervene in children’s lives in order to rehabilitate them? Or did the proponents of the juvenile court primarily seek to divert children from being harmed by the adult criminal justice system so that they could mature out of delinquency?

This is a concise book about an iconic court system. It begins with a brief introduction, which is followed by a substantive chapter about the racial limits of Progressive Era social policy and what Khalil Gibran Muhammad has described as the “condemnation of blackness.” This cultural context ensured that “dependent” black children, who were in need of support and social services, “were primed to be labeled and treated like children who had committed crimes” (37). The subsequent three chapters, which constitute the core of her research findings, are illuminating case studies of Illinois institutions and their African American wards. An epilogue highlights the relevance of this history for understanding “the genealogic map of late twentieth-century discourses about ‘super-predator’ children” (136).

The first case study (chapter 2), which focuses on the Chicago Juvenile Court and its ancillary institutions, shows that the court system “played an active role in constructing the image of a ‘delinquent’ child by disproportionately applying the label to black children and inflating the actual number of black children who committed crimes” (40). This practice contributed to changing public conceptions of delinquents, undermined faith in the juvenile court’s rehabilitative mission, and ultimately led to a punitive change in Illinois case law in 1935 that gave prosecutors more discretion to charge juveniles as adults. As Agyepong points out, “[i]t is not coincidental that the watershed decision that marked the beginning of the state’s more punitive treatment toward youthful offenders, and the divestment of the juvenile court of its primary jurisdiction over children, involved the case of an African American girl” (68).

Agyepong’s analysis of the Chicago Parental School, a boarding home that opened in January 1902 for boys who either were truant or violated school rules, is especially significant. The juvenile court committed boys to the school, which the Board of Education ran. Then, in 1919, the board opened a second site for girls. The two schools were collectively known thereafter as the Chicago Parental School. Over time, the percentage of black children at the school(s) quintupled from 5% in 1910 to 25% by 1925. And, in 1923, the Chicago Defender reported that black boys were being beaten and tortured. The relationship between the Chicago Juvenile Court and Parental School provides concrete evidence that the court’s early proponents intervened aggressively into children’s lives. The juvenile court, which heard school-related cases on Friday mornings, was doing much more than diverting children from the criminal justice system and putting them on probation. As Agyepong explains, juvenile court personnel reclassified black children’s dependency petitions as truant petitions so that judges could place these children in secure confinement.

The next two case studies (chapters 3 and 4) compare and contrast the experiences of black girls and boys at the Illinois Training Schools. African Americans were overrepresented at both institutions and became the poster children for more punitive juvenile justice policies during the 1930s and 1940s. She analyzes how different racial policies were enacted over time within these institutions. At the Illinois Training Schools for Girls at Geneva, the staff described African American girls as “the most violent and aggressive residents” and housed them in an overcrowded segregated unit to prevent interracial sex. The Illinois Training School for Boys at St. Charles, unlike Geneva, did not initially racially segregate its wards. It was not until 1935 that St. Charles implemented a segregation policy, which was part of a campaign by its superintendent for the establishment of a maximum-security prison for youth who had committed serious crimes. In 1941, Illinois decided to build such an institution, which “was a seminal moment in the evolution of the juvenile justice system, as it represented an unequivocal shift away from the rehabilitative ideal that undergirded the very emergence of the system toward a punitive approach to delinquent children” (126).

The case studies of incarcerations support her overarching argument that “race-based criminalization and confinement of a significant number of black people” began “long before the modern era of hyper-incarceration” (136) and are a cautionary tale about the dangers of describing other people’s children as criminals. As her book demonstrates, the conflation of race and crime was a recipe for increasingly punitive policies that limited the idea that all children are different from adults.

Although the epilogue suggests that this “story about African American children and an early juvenile justice system” is connected to later developments, ultimately The Criminalization of Black Children is a fine-tuned social and cultural history that eschews offering solutions to the problem of disproportionate minority contact and confinement. Yet it does provide children’s advocates with the evidentiary basis to declare that American juvenile justice from the get-go has treated African American children unfairly. 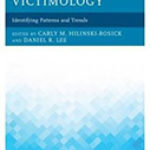 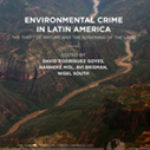 Environmental Crime In Latin America: The Theft Of Nature And The Poisoning Of The LandBooks, Full Reviews