The Discourse Of Police Interviews

In the introduction of chapter one, Marianne Mason writes that this book “is designed to provide the reader with a backstage view, if you will, of the discursive features and institutional applications of police interviews in various jurisdictions, such as Australia, Belgium, the Netherlands, the United Kingdom and the United States. The editors, Mason and Rock, focus exclusively on the discourses of police interviewing techniques, and examine leading debates, approaches, and topics in contemporary police interview research in various countries.

In 1948, American sociologist and psychologist Harold Lasswell, discussed the linear model of communication. This linear model of communication (also known as Lasswell’s communication model) describes who is saying something, which channel is used to convey the messages, who the message is aimed at, and what effect the message has. Communication sciences and public relations still often use this model, making this a classic sender/receiver model. Mason and Rock enhance this model, and interweave police interviews, discursive transformations in bilingual interviews, and the discursive journey and institutional applications of police interviews throughout their book.

The 16 chapters are written by various contributors who draw their material from actual police interviews and interrogations. The contributors discuss various police investigative methods and techniques as well as discursive practices, which Mason and Rock describe as institutionally endorsed methods and techniques. The chapters focus on the sociolegal, psychological, and discursive framework of police interview methodology. In any type of investigation, the interpretation of language and body movement is critical during the investigation. The various contributors here expertly define forensic linguistics, or the study of language and law, and how it is applied and studied in society today.

The Discourse of Police Interviews explores various approaches and topics in contemporary police interview research. In many police training classes, the baseline method of interviewing is taught. That focuses on both visual and speech-related cues, such as the degree of eye contact or indecisions in dialog. The idea with this method is to compare an interviewee’s verbal and non-verbal responses during informal conversation before the interview, with the responses during the actual interview.

Mason and Rock incorporate this methodology throughout the book. They also focus on two key techniques used by various law enforcement agencies, namely the Reid and PEACE techniques, which are described and analyzed here.

Interviewing is a critical component of a law enforcement officer’s job. Given that investigating a crime requires interviewing witnesses, victims and suspects, and sometimes a great many of each, law enforcement has developed a number of interview techniques to extract the maximum amount of information, and to verify the accuracy of the interviewee’s statements. In chapter 1, written by Marianne Mason, she discusses both the Reid and PEACE techniques, as well as the differences between them. The Reid technique of interrogation is an accusatory process, in which the investigator tells the suspect that the results of the investigation clearly indicate that they did commit the crime in question. The Reid technique user’s goal is to make the suspect gradually more comfortable with telling the truth. It is the goal of the investigator/interviewer to convey this information. PEACE is an acronym for preparation and planning, engaging and explaining, account, closure and evaluate. Employing this method, investigators or interviewers allow a suspect to tell their account of what happened without interruption, before presenting the suspect with any inconsistencies or contradictions between their story and other evidence. In contrast to the Reid Technique, the PEACE model of police interrogation is non-accusatory, and is based on either proving or disproving theories through the interrogation of the subject.

In Section III of the book, entitled ‘Discursive Transformations in Bilingual Interviews’, which encompasses chapters 9, 10 and 11, the various contributors excel at discussing strategies used by law enforcement when questioning individuals in other languages. These chapters explore the challenges for the interpreters in achieving their ultimate goal of a confession, or at least obtaining as much critical information as possible.

The various contributors acknowledge that there has been a substantial progression toward more impartial and ethical practices when police interviews are handled properly. Judges and the court system are vigilant in judging the way police interview, question, and interrogate suspects during criminal investigations. 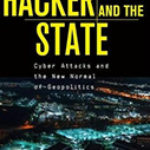 The Hacker And The State: Cyber Attacks And The New Normal Of GeopoliticsBooks, Reviews in Brief 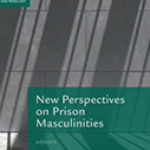