The Gang Paradox: Inequalities And Miracles On The U.S.-Mexico Border

The Gang Paradox: Inequalities and Miracles on the U.S.-Mexico Border centers around the myth that border towns are riddled with gangs, crime and violence. This book debunks that myth using several data points to illustrate that cities like Las Cruces, NM and El Paso, TX are actually safer than many other cities in the United States. Robert Durán presents a robust theoretical framework for his book. He draws from critical race theory, which aims to take a critical stance against existing institutions from a race based perspective; the minority group threat, or the idea that growth from a minority group is seen as threatening to a majority group; colonialism, or the displacement of an indigenous population by exogenous settlers; and social dominance, which speaks to the development of a social hierarchy based on sociodemographic factors. The Gang Paradox is built from ethnographic observations spanning the years from 2007 to 2014; seventy-six interviews with community members and practitioners (e.g. law enforcement); 100 student research projects which involved Durán’s students collecting and analyzing data for his classes; and, official data (law enforcement, courts and juvenile probation). Durán speaks of “empirical miracles” that he observed during the course of his work for the book. He writes about three specific miracles: lower than believed gang involvement in the border towns, lower rates of violence, and the number of individuals who overcome adversity to find success. Even though these particular communities often find themselves being marginalized, their aspiration to assimilate remains unwavering.

The book is presented in two parts. In Part 1, Durán establishes an historical foundation. He argues that El Paso and the southern New Mexico region are no more violent today than they have been historically, when they went through periods of colonization. Violence was the primary tool used by the Spaniards during the first colonization, and also by the Americans during the area’s second colonization. It was this violence and the growing fear and disdain for Mexicans and Mexican-Americans that gave rise to the Chicano subculture of Pachuquismo that worked itself towards the west. Other contributing factors were tensions created from immigration laws such as the Act of 1972 that made it tougher for Mexicans to enter the U.S., and earlier the U.S. supporting Pancho Villa’s opposition. The 1920s saw the rise of gangs who were mostly groups of family living with fear of the privileged Anglos and groups such as the KKK. The church and school athletics were credited with reducing gang violence, and the police were implementing crackdowns to address gang issues.

Durán also examines how law enforcement has historically tracked gangs in El Paso and New Mexico. The importance of official data is highlighted, but so are the limitations of such data. His discussion reinforces the notion that official data’s reliability and accuracy should be scrutinized and that data be used with caution. One of Durán’s examples of the potential issues with official data is a 1992 article in the El Paso Herald-Post, which had obtained the list of gang members used by El Paso Police Department. It was revealed that police officers were adding to the list anyone who they thought might be gang related irrespective of the evidence. Toddlers and senior citizens, for example, were found to be in the data — much like California’s CalGang database prior to its reform. El Paso and New Mexico refused to let people know if there were on the gang list, a practice that is still being debated with modern gang databases.

Part 1 of the book offers a history of south New Mexico and west Texas. Durán goes to great lengths to ensure that the reader understands the historical events that have shaped the region today. This part of The Gang Paradox also builds the theoretical foundation that Durán wishes to use in the subsequent chapters. While the thoroughness applied to setting up the theoretical framework should be appreciated, it is a long ride to get to the point of how critical race theory, colonialism and other perspectives tie directly into the region of Las Cruces and El Paso. Chapter 2, for example, touches on one of the theories proposed to explain gang emergence. Vigil’s (1988) concept of multiple marginality — the idea that low socioeconomic status, street socialization and other forms of inequality pave the way for gang emergence. Whether Vigil’s idea of multiple marginality is the culmination of the other frameworks introduced by Durán or how exactly how it plays out is unclear. The concept is actually not touched upon after the first non-reflexive paragraph of chapter 2.

Part 2 fleshes out the data and is made up of Chapters 4 through 7, and a conclusion. Durán argues that the people living in the southern New Mexico and western Texas areas have adopted a color-blind ideology, or the idea that race is not a factor in everyday living, and everyone is on an even playing field. The data that would illustrate the adoption of such ideology by the community members is lacking. We are instead presented with data that run counter to color-blindness. The quantitative results paint a different picture of what those who have embraced a color-blind ideology would expect. Regarding arrests, referrals to juvenile court and having charges filed, among other data points, Durán states “[d]espite most residents following a color-blind ideology where race supposedly does not matter, the primary beneficiaries in New Mexico’s juvenile justice system are white youth as they maintained the lowest rates for all racial and ethnic groups” (p. 127). Discipline policies in the school system play a big part in minority youth inequality and contact with the criminal justice system. Law enforcement in the southern New Mexico region arrested Latino youth at higher rates than white youth. Although El Paso seemed to reflect more proportionality between white and Latino arrests, as has been highlighted by disproportionate minority contact (DMC) research, this appearance of proportionality could be hiding other biases. Law enforcement personnel would obviously not use race as their reason for contact or making referrals for services, but instead might more often use economics (e.g. I’m trying to help this poor kid get additional services). The services provided, however, “…came primarily from institutionalizing agencies that, while designed for rehabilitation, often relied upon punishment to correct problematic living conditions and home environments” (p. 156). The youth served experienced differential living conditions involving racial, ethnic, and economic segregation which shaped experiences and interactions with law enforcement.

Interviews with police officers revealed answers that were not necessarily unique to the region of interest. Officers would often blame delinquency on parents, low educational attainment, or a lack of discipline. Even though Hispanic officers composed a sizeable proportion of their departments, inequalities persisted, therefore representing a paradox. These officers rejected that the idea that race/ethnicity had anything to do with their treatment of the youth. They expressed great concern for Hispanic youth and wishing they had more resources to aid that population. Even so, those same officers also perpetuated stereotypes and disparaged the youth and families they had expressed great concern for. Durán concludes that the Hispanic officers had good intentions, but were working in an institutional environment whose purpose is to enhance social and racial inequality. As he states “[i]dentifying a moral high ground in terms of which groups or individuals were bad and which ones were good was impossible in a world made up of shades of gray” (p. 156), a point that is highlighted by the Hispanic officers. Further investigating this paradox would have added greater richness and depth to the book.

To the question of where do we go from here, the author offers as one solution shifting away from a colonizing ideology of assimilation. In other words, believing that adopting the identity of the dominant group will alleviate issues, and that settler colonialism will provide for everyone. Durán suggests that acknowledging the history of the region and developing a consciousness of the identity of the people who were once there, and connecting them to people in the present, is a step needed for empowerment and human rights. He writes, “[w]hile I agree that self-consciousness does not put food on the table, it does provide a more important emphasis on developing a species-being, collective effervescence, or concientizacao, in which the vice of capitalism no longer crushes opportunities” (p. 216, emphasis in original). Durán argues that bringing a consciousness about the history of the inhabitants of Las Cruces and El Paso is a step towards recognizing the inequalities that befall those communities. Once the ignorance of this history and the altering of ideologies such as color-blindness are addressed, institutions such as the criminal and juvenile justice systems should then be reformed to provide appropriate non-punitive services and establish alternative institutions.

The author does well to build on prior research (e.g. Martinez Jr, 2002; Tapia, 2017), highlighting gang homicides in El Paso and other Texas cities such as San Antonio. Although limited in scope, he uses Martinez’s finding of gang homicides in El Paso to be 14% as a means to generalize to other years. Unfortunately, a lack of gang homicide data limits the impact of this argument. In chapter 7, he states “I did not have the data to determine the proportion of total homicides that were gang-related versus non-gang related” (p. 194). This means that while there may be some truth to the claim that gang violence was used as an alarmist tool, the extent to which it was exaggerated remains unknown.

The book provides an insightful look at how gangs can be used as a political weapon to control a community. It joins a growing chorus of recent books that aim to understand gangs in Texas and the Southwest. Durán should also be commended for the emphasis placed on reflexivity, and making the reader aware of his positionality and the context from which he is approaching his work. His work serves as an important reminder that when it comes to marginalized populations, especially gangs in this case, taking media coverage and official data at face value may not be prudent. Robert Durán makes it a point to highlight that both quantitative and qualitative data refute the idea of there being a gang or narco-culture in El Paso or Las Cruces. 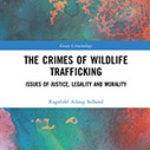 The Crimes Of Wildlife Trafficking: Issues Of Justice, Legality And MoralityBooks, Full Reviews 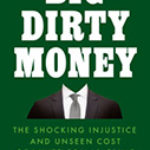