The International Law of Migrant Smuggling

This volume offers a particularly timely and important contribution to the international law literature on irregular migration, migration governance, smuggling and trafficking in human beings. The book adopts a critical perspective towards migrant smuggling pointing out that while it is a form of transnational organised crime, it is also a social phenomenon driven by global political and economic realities such as persistent and deep economic inequality and restrictive migration regimes. The book acknowledges the close links between trafficking in human beings and migrant smuggling, but also (linking up with its companion volume The International Law of Human Trafficking) seeks to disentangle them.

The volume is organised in two parts. The first part overviews the general legal framework that regulates migrant smuggling in the international domain. Chapter 1 looks at the overlapping and entangled frameworks of criminal law, law of the sea, and migration law, while chapter 2 focuses on the relevant obligations deriving from human rights and refugee law. Chapters 3 and 4 turn to the transnational nature of smuggling and the problem of which state is responsible to act each time and what are the capacities and limitations of the different states in terms of sovereignty and jurisdiction (particularly when it comes to smuggling at sea).

The second part of the book turns to the specific questions arising from the general primary and secondary rules analysed in part one. Indeed these are the most important questions from a policy perspective. What are the offenses arising out of migrant smuggling and what obligations are derived for states to criminalise such offenses? (chapter 5). Where should the line be drawn between interdiction and rescue at sea? What are the obligations towards vessels in distress and how should human rights and refugee law be applied at sea? (chapter 6). Then chapter 7 looks at the issue of international cooperation in terms of preventing and combating migrant smuggling, including issues of extradition, mutual legal assistance, joint investigations and operations. Chapter 8 turns to the obligations that arise from the international legal framework as regards protection of and assistance to smuggled migrants — paying special attention to the question of smuggling related violence and exploitation, the smuggling of children and the smuggling of trafficking victims. Chapter 9 addresses the issue of detention of smuggled migrants, discussing when such detention is lawful or when it is arbitrary, with a special concern for vulnerable groups such as women, children, asylum seekers and victims of trafficking. The last chapter of part II discusses the question of returning smuggled migrants and the procedures whereby such return can take place, as well as the prohibition of arbitrary or collective expulsion and the obligation to accept and/or facilitate return.

This book is a particularly useful companion not only to lawyers, but also to political scientists and sociologists working in the field of irregular migration, asylum, and smuggling / trafficking. Among its many merits, it is worth singling out its balanced approach between state sovereignty and the rights/obligations of states to control their borders on one hand, and the need to temper state action through international law on the other. The book points to state obligations to respect the fundamental rights of smuggled migrants and to work towards developing a more effective international refugee system and a balanced migration policy that is both pragmatic and humane. 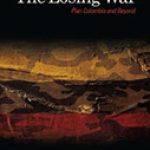 The Losing War: Plan Colombia and BeyondBooks, Reviews in Brief 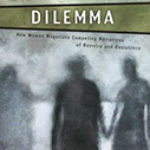