The Myth Of Moral Panics: Sex, Snuff, And Satan

Authors Bill Thompson and Andy Williams forcefully argue that the sociological concept of ‘moral panic’ does not exist. Instead, they contend that the paradigm of moral panics has been fabricated and used by elite authoritarians, both left and right, to support a goal of social and moral control. To make this claim, the authors identify and dispute the work of several well-known researchers who publish on the topic of moral panic. In these pointed critiques, they identify many empirical, methodological, and purposeful errors in previous research that has defined, evaluated, or identified moral panics. Moreover, they claim to have “[u]ncovered fraud as well as conceptual confusion, and a preference for political propaganda rather than hard evidence.” The authors also contend that “[t]he moral panic paradigm reflects and reveals the fears of the mythmakers, telling us far more about the academics’ construction of reality than the social construction of social problems.” They assert that moral panic has become a “cliché” and “fad,” rather than a sound sociological concept supporting rigorously studying, describing, or explaining a social phenomenon.

There is no doubt where the authors stand on the issues surrounding the “label” of moral panic, and they hope their book “will initiate a real debate about the viability of moral panic.” To support their views, the authors do more than merely challenge the moral panic literature; they delve deeply into the analytical process for identifying a moral panic, and find it disturbingly lacking. The book thoroughly examines dozens of claimed moral panics. To look at these claims, the authors rely on their prior ethnographical work with some of the groups identified, and on collected evidence which was “deliberately omitted” by previous researchers; they describe the historical events that lead to the claimed panic and the results thereof. For each panic identified, they fail to find support or even instances where researchers explained what was really happening. Rather, they uncover poor research methodology and authoritarians on both sides who are actively working to push a progressive agenda, claiming “[t]he moral panic paradigm is and always was a political perspective. It reflected and promoted the social values and interests of the secularized, educated, progressive wing of the postwar petit-bourgeoisie.”

The Myth of Moral Panics is a well written, researched, and presented text which will challenge readers on several levels. First, the reader may be challenged when some of their moral or social beliefs about panics are challenged. Overcoming these often deep-seated beliefs is, however, precisely what must happen in order to examine the evidence as a student or researcher objectively. Second, the text is written to challenge and critique concepts, research, and researchers directly involved in the moral panic literature. As a result, the writing here does not hold back, but is indicative of what is needed—and often missing to advance the field—a frank discussion of research and methods.

In their book, Thompson and Williams have seemingly done just what they intended, i.e., called into serious question the origin and validity of the concept of moral panics. It remains to be seen if their desired outcome, namely to “initiate a real debate about the validity of moral panic” will occur or if researchers will continue “slapping the label [of moral panic] on a set of horror-headlines that they did not like.” Based on the findings in this text, it seems clear the current moral panic “paradigm’s lack of intellectual rigor, quality control, and evidential standards” should cause researchers to re-consider and exercise caution when claiming a moral panic. 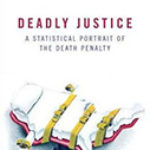 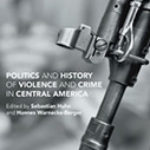 Politics And History Of Violence And Crime In Central AmericaBooks, Full Reviews