The Oath Keepers: Patriotism And The Edge Of Violence In A Right-Wing Group Antigoverment

In today’s news cycle the proliferation of stories about far right groups, whether they are conventional white power groups, alt-right gangs or right-wing militias, is alarming. Arguably, one of the most pressing concerns in the United States today is the support, growth and public vitriol of these far right groups. Yet, despite much of the attention that many of these groups and individuals associated with the far right receive, there remains a limited amount of public knowledge about them. Far-right militias remain a challenge to research given their standoffish demeanor and their traditional hostility towards government actors. With the growing consumption of social media, many far right groups and militias have taken to online platforms in an attempt to mainstream their message, garner followers, increase their support, and enlist new recruits to their cause. Oath Keepers, an antigovernment “militia” based in the United States, is one of these far right groups. Understanding how Oath Keepers portray themselves to the general public and how that portrayal has shifted since President Trump’s election in 2016 is what Sam Jackson is addressing in Oath Keepers: Patriotism and the Edge of Violence in a Right-Wing Antigovernment.

Jackson accomplishes this task by examining the documents that Oath Keepers have made public as a way for the group to build up their reputation online and through social media. Jackson examines all the way back to 2009 when the group was conceived. Through careful analysis of these documents Jackson is able to highlight how Oath Keepers orient their political rhetoric and their aggressive behaviors to achieve desired goals. Jackson’s thorough examination of Oath Keepers provides a rich description of who this far-right group is and how they perceive themselves to be. Additionally, and maybe more importantly, Jackson is able to show how these groups downplay their extreme nature, mainstreaming their image, to garner greater support from the general public.

Jackson first broadly sets up far-right extremism’s intent of returning contemporary American society to a nostalgic past. Depending on the flavor of far-right extremism that idyllic past will vary. According to Jackson, and laid out in an overlapping Venn diagram, there are three general categories of far-right extremism: racist, nativist, and antigovernment. Racist extremism is primarily concerned about the status of “white” individuals diminishing amongst greater multiculturalism in society. Traditional groups like the Ku Klux Klan, neo-Nazis and contemporary alt-right groups like Proud Boys or Rise Above Movement would correspond to the racist extremism category. Nativist extremism, a “close cousin” of racist extremism, is more xenophobic, perceiving foreign organizations, ideas, and individuals as threats to the American way of life with the overall intention being to replace native citizens. Traditional groups like the John Birch Society and contemporary groups like Arizona Border Recon correspond with the nativist extremism category. Antigovernment extremism which diverges from the previous two forms of far-right extremism believes in the illegitimacy of the federal government, perhaps even state governments, and must be resisted. The two main strains of antigovernment extremism are derived from sovereign citizens and the patriot/militia movement. The former believes, through incomprehensible legal theories, that the United States is still bound by the Articles of Confederation instead of the Constitution. The latter, which Oath Keepers adhere to, believes that the greatest threat to an individual’s life, liberty, and pursuit of happiness is the federal government and that an unavoidable conflict (i.e., civil war) with the federal government is at hand. While each of these categories is unique, as illustrated by Jackson’s Venn diagram, overlap exists primarily because some of the opinions that motivate antigovernment extremism were formulated by nativist and racist individuals.

Next, Jackson presents who Oath Keepers are and details their beliefs. Forming in early 2009, the group has a national board of directors with Stewart Rhodes as the founder and president, but local, county and state chapters also exist across all fifty states. Yet, Jackson points out that it is the national leadership that controls Oath Keepers’ principal website and social media footprint. As such, it is the national leadership that is responsible for Oath Keepers’ reputation even though the vast majority of activities is at the local level. Jackson highlights that Oath Keepers actively try to recruit former military and police officers, with the intention that having allies within these institutions will limit the likelihood that law enforcement will negatively respond to Oath Keepers’ activities. While Oath Keepers claim that they nonpartisan and proclaim they are not a white supremacist group, they have provided security for neo-Confederate and alt-right groups on more than one occasion. Furthermore, Jackson argues that Oath Keepers also have nativist tendencies by being Islamophobic and declaring that America is being infiltrated by Mara Salvatrucha (MS-13) and jihadi terror groups (i.e., ISIS). Additionally, Jackson points out that Oath Keepers adhere to several conspiracy theories. First, that a cabal of global financial elites (i.e., Jewish individuals) secretly control the world, a recurring white power belief. As such, the United Nations (UN) is a tyrannical institution that is a vehicle for foreign troops to violate American sovereignty. Second, that the Federal Emergency Management Agency (FEMA) is really tasked with identifying, rounding up, and incarcerating political dissidents. Lastly, that any attempt at regulating firearms is actually designed as a means for the “global elites” to sabotage any potential opposition to their authority, making it onerous for American citizens to defend themselves from the federal government’s tyranny.

Jackson then traces Oath Keepers’ operational history from their inception in 2009 through 2017. Despite several prominent members having altercations with the law, with convictions ranging from illegal possession of explosives, stolen property to child pornography and sexual assault of a child, Oath Keepers generally remained out of mainstream news media. Oath Keepers would however interject themselves into the news media cycle at noteworthy events, most likely with the goal of enhancing their national reputation. This includes such notable events as the standoff between Cliven Bundy and Bureau of Land Management in Bunkerville, Nevada; the city of Ferguson, Missouri during the protests in late 2014 and 2015; and the Malheur National Wildlife Refuge standoff orchestrated by Ammon Bundy. The inconsistent alignment of being against law enforcement (e.g., with the Bundy family) or being with law enforcement (e.g., in Ferguson) created a “racist double standard” among Oath Keepers undermining their group identity. After the 2016 election of President Trump that indecisive identity became much more solvent, perceiving the subsequent protests as being an orchestrated plan by the “global elites” to overthrow the will of American citizens. Since then Antifa has become the bogeyman for Oath Keepers, being used as a proxy for anyone that is against the policies of President Trump.

Jackson moves the discussion to talking about the relationship that Oath Keepers have with natural rights, a rallying call for the group. Defined as being those rights imbued on all humans for being human, natural rights include life, liberty and the pursuit of happiness but also extend beyond that, despite Oath Keepers never explicitly stating what other rights are included. Regardless of what natural rights are, Oath Keepers assert that they must be defended at all costs. Jackson suggests that Oath Keepers’ ambiguity is to allow the general public flexibility to fill in the details with what they think is a natural right. This allows Oath Keepers the ability to convert the wider public to support their plight. Oath Keepers believe it is not an individual’s responsibility to defend these natural rights but instead it is a personal obligation. As such, Oath Keepers view the Second Amendment not as a right that is primarily about self-defense or hunting but that bearing arms is implicitly needed to protect the people from tyrannical government. Jackson contends that through this approach Oath Keepers attempt to manipulate American history to be seen as contemporary revolutionaries. Jackson argues that Oath Keepers narrative of reframing their current situation as an extension of the Revolutionary War is used as a tool to connect with American’s reverence for the Founders and gain moral legitimacy. Oath Keepers regularly view actions of the government through the prism of illiberal abuses designed to remove American citizens’ natural rights. Jackson highlights two examples that anchor Oath Keepers distorted world view of the federal government; the Waco siege and the response to Hurricane Katrina. Jackson contends that these two events represent for Oath Keepers the federal government’s willingness to both infringe upon the rights of American citizens and use violence against them. The siege at Waco has long been viewed by far-right extremists, particularly antigovernment groups, as a prime example of the federal government’s proclivity towards tyrannical rule and violence against citizens exercising their natural rights. In terms of Hurricane Katrina, despite Oath Keepers opposition towards FEMA, the primary focus is on gun confiscation and the use of the U.S. military in recovery events. Jackson argues that both of these events are used as reference points for Oath Keepers to interpret contemporary events in America and guide their responses to any perceived crises in order to prevent such repressive government infringement of American citizens’ rights.

Overall, Jackson does a nice job of persuading the reader of the importance of Oath Keepers and why individuals should care about this group. The primary reason is that such far-right “militias” actually threaten American citizens with violence. This threat of violence by Oath Keepers is also deemed to be increasing as the group foresees a fast approaching revolutionary/ civil war any time that law enforcement, involving state or federal officers, are engaged in some type of prolonged engagement. Jackson stresses that to avoid such conflicts it is necessary for policy makers and criminal justice actors to be more informed about far-right militias point of view and beliefs to better respond to this threat. Just as importantly, Jackson warns about Oath Keepers’ rhetoric and engagement in a broader conversation about the validity of using violence to resist the government. Like other far-right groups, the meta-political endeavors of repeatedly utilizing extreme language against the government is designed to move the Overton Window to what is considered to be mainstream political discourse.

That being said, there are two minor shortcomings to the book that leave the reader wanting more. First, the theoretical engagement at the beginning of the book discussing Jackson’s three categories of extremism provides a nice foundation but there is room for him to unpack these ideal types more. Jackson mentions the role of male supremacism as being another potential category of far right extremism that could as a “gateway” into one of other types discussed (i.e., racist, nativist, antigovernment). It would have been nice if Jackson would have created a separate sphere of influence in his Venn Diagram and analyzed the role and overlap of male supremacism has with his other categories of far right extremism. Second, and less importantly is that throughout the text there is a repetition of talking points that may help readers that are engaging with the book chapter by chapter, but when reading it straight through feels overdone.

In conclusion, Jackson has written a well-articulated, insightful book that is beneficial to not only scholars, policymakers and practitioners focused on far right extremists, but also general readers concerned about far right groups and “militias.” Using Oath Keepers, an antigovernment extremist “militia” that is both well-known and exemplifies this category of extremism, as a case study provides the reader with an accessible entry point into understanding the extreme perspectives of far-right groups, including their often time inconsistent behavior. For anyone who wants to have a more nuanced understanding of far-right “militias” in contemporary American politics Oath Keepers: Patriotism and the Edge of Violence in a Right-Wing Antigovernment is a must read. 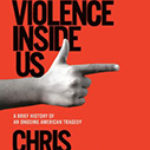 The Violence Inside Us: A Brief History Of An Ongoing American TragedyBooks, Full Reviews 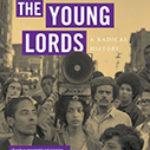