The Politics Of Drug Violence: Criminals, Cops, And Politicians In Colombia And Mexico

Lethal drug violence is not a subject that is well understood from a criminal justice perspective. Many scholars cite economic motivators (profits from illicit activities) as one probable explanation; in other words, it is speculated that crime syndicates engage in this sort of violence because they are financially incentivized to do so. However, as Durán-Martínez aptly points out, the economic theory does not explain why drug trafficking organizations choose to engage in high visibility (high profile) violence when it would seem to be harmful to their financial interests.

In The Politics of Drug Violence, the author does not undermine the economic theory but adds to it by proposing that a political-economic framework more adequately describes the differences seen in drug violence across South America. Durán-Martínez’s study compares the variation in lethal drug-related violence across five cities in Colombia and Mexico; Medellín, Cali, Culiacán, Ciudad Juárez, and Tijuana. Focusing on almost four decades of homicide data (1984-2011), the author teases out the reasons why lethal drug violence fluctuates from city to city over time. The book begins by giving a general overview of the interaction across countries, and between drug trafficking and violence, and continues by describing how lethal drug violence can be operationalized to examine how visible and frequent are the violent events.

The remainder of the book provides a thorough overview of how the shifting political climates in Mexico and Colombia have led to political fragmentation. The author describes how politically fragmented states, in particular, have an intricate connection with violence and illegal markets. Violence can function as a substitute for legitimate law enforcement, can be used to gain an advantage over rival illegal markets, is a medium for resolving organizational disputes, and is a way to implement fear-induced discipline within a drug-trafficking organization. To support the assertions concerning a political-economic framework, Durán-Martínez posits that unstable political succession or violent political contention leads to shifts in a state’s attitude towards these criminal endeavors, and thus results in the crime syndicates altering the visibility and frequency of the lethal violence that they choose to employ.

This book is well researched and extraordinarily detailed because of the author’s extensive fieldwork. The comparative approach to analyzing drug violence identified a hidden thread that has been overlooked by other researchers. The book helps students reconsider current assumptions about lethal drug violence, such as how a decrease in high visibility violence is not necessarily an indicator of the crime syndicate’s loss of power or influence. As the book mentions, some drug cartels are becoming more low-key, but remain just as violent.

As lethal drug violence continues to escalate in Latin America, this study is a refreshing view of the subject, and it opens the door for areas of future research. Angélica Durán-Martínez’s work is an authoritative volume contributing to a growing understanding of the interaction between political climate and lethal drug violence. 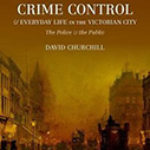 Crime Control And Everyday Life In The Victorian City: The Police And The PublicBooks, Full Reviews 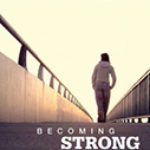 Becoming Strong: Impoverished Women And The Struggle To Overcome ViolenceBooks, Reviews in Brief