The Torture Doctors: Human Rights Crimes And The Road To Justice

The Torture Doctors is a valuable resource and a vital addition to the fields of Bioethics and Human Rights. Far too little attention has been given to the roles played by doctors who enable torture and abuse and the medical associations that should be holding their members accountable. In fine detail, Steven H. Miles undertakes a wide-reaching study that underscores the gravity of the problem. And it is a problem, as he demonstrates. His work is an indictment: “I must simply posit that holding doctors accountable is a worthy aspiration,” he says (123). As a result, human rights advocates, political systems and medical associations should promote policies and procedures that further accountability. With that aim in mind, Miles proposes an infrastructure for medical accountability in the fourth and last unit of the book. The first three units make a convincing argument for putting such an infrastructure in place.

Miles starts with the basics—what is torture, and what and who are the torture doctors [Part I]. In Part II he looks at medical doctors’ complicity in global torture and how nations turned a blind eye to this practice, as during the post-WW II period when Nazi doctors were recruited for aeronautics and other research in the Cold War. How torture doctors came under the spotlight is the focus of Part III. There we see how the human rights movement became a player in the call for change. This then leads us to Part IV’s discussion of medical associations and Miles’s recommendations for holding doctors accountable.

Throughout the book, Miles gives a myriad of examples revealing physician-assisted torture. He points out that such complicity is commonplace, with the physician failing to recognize a therapeutic relationship with the patient. Instead, the patient’s needs are no longer a priority. Miles asks: “Who are these people? What motivates them? Does being physicians psychologically insulate them from the horror of their work?” (7). In his first unit he offers answers, noting Stanley Milgram’s infamous study of experimental subjects upping the pain levels of electric shocks on their victims when seemingly authorized to do so. However, doctors enabling torture in filthy prisons presents us with a different context from the university setting Milgram was working in. For example, physicians may be motivated by political aspects and aspirations, as with physician-politicians who oversaw atrocities in the 1990’s Balkan wars. The author recognizes the influence politics can have, while making it clear that most torture doctors are practicing clinicians. Indeed, “[i]t is simplistic to assert that torture doctors are by their nature psychopathic sadists looking for the opportunity to torture,” Miles argues. “Physicians, like anyone else, are capable of affirming the most grandiose and destructive forms of patriotism” (9)—as the Nazi doctors illustrate. Miles casts his spotlight beyond the Third Reich—noting how nationalism has driven doctors around the world. Three chapters focus on Nazi doctors, on errant doctors and associations in the UK, as well as on doctors participation in the U.S. war on terrorism. For example, he examines the role of British doctors in the practice of flogging, the mistreatment of prisoners in Northern Ireland and, more recently, the collaboration with the torture of Iraqi prisoners between 2003 and 2008.

In his second unit, Miles sets out a “Global Map of Torture Doctors,” which shows in considerable detail how widespread is the problem. Thanks to his meticulous research we can grasp the significance of this work. Torture doctors are many. And not nearly enough has been done to hold them accountable. Moreover, not nearly enough has been done on the part of professional organizations like the WMA, the BMA, and the AMA to put guidelines and sanctions in place.

Miles commends the work of humanists and healers as well as associations like Physicians for Human Rights that helped bring the human rights movement to the medical community and vice versa. Medical experts who would testify that a person was a victim of torture were crucial for criminal prosecutions and thus, bringing torturers to justice. Miles helps us see how there has been progress and how medical ethics and human rights are intertwined.

The Torture Doctors is a valuable reference book and a resource for moving forward, so doctors will, one would hope, think twice before forsaking their oath to “do no harm.“

Wanda Teays is the author of “Doctors and Torture: Medicine at the Crossroads” (Springer 2019) and co-editor (With Alison Dundes Renteln) of “Global Bioethics & Human Rights: Contemporary Perspectives” (Rowman & Littlefield 2020), among other books and articles in Philosophy. 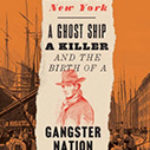 The Last Pirate Of New York: A Ghost Ship, A Killer, And The Birth Of A Gangster NationBooks, Full Reviews 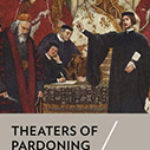