The Upper Limit: How Low-Wage Work Defines Punishment And Welfare

The central argument in The Upper Limit: How low-wage work defines punishment and welfare is around the principle of less eligibility, which is the idea that societies make welfare less attractive than low-wage work, and make punishment severe enough so that crime is less attractive than welfare. The less eligibility principle therefore explains the “relationship of welfare, punishment, and labor markets” (p. 10) in the United States today, and Bonnet explores how this principle operates through two major parts in his book: first, in the United States historically; and secondly, through fieldwork conducted in East New York.

To understand the principle of less eligibility proposed in the book, Bonnet discusses its origin in Victorian England. The principle originates from The New Poor Law passed in 1834, wherein Victorian elites “were guided by a few core ideas: Malthus’ concern for unchecked population growth, Bentham’s utilitarianism, and Ricardo’s iron law of wages” (p. 12). These elites then decided that relief needed to be less desirable than work. These ideas are thus derived from a class-based framework of rational choice and deterrence, and in this sense, the principle of less eligibility is presented as universal. Bonnet then applies less eligibility to the evolution of social and penal policy in the United States. In Bonnet’s viewpoint, there were essentially two separate systems of less eligibility prior to the 1960s for poor White and poor Black people, which then became unified through the Great Migration, causing a breakdown and readjustment of the structure of less eligibility. Bonnet argues that the rise of low-wage living standards in the 1950s and 1960s led to the Great Society programs; but declining living standards in the 1970s then increased punishment. The process of declining wages continues into the early 2000s; the “law-and-order” platform run by politicians has led to an uptick in prisons built and to a dramatic increase in incarceration, along with the consequences of deindustrialization leading to living standards decreasing and more men being left unemployed.

Bonnet’s first few chapters should appeal to those who are interested in the relationship that labor, and thereby wages, play in the amount of welfare provided to the poor, and the severity—or leniency—of punishment historically and currently. On the other hand, besides mentioning briefly that Black people are systemically disenfranchised, Bonnet largely overlooks systemic racial inequality as a central organizing factor in the reason for declining low-wage earnings and the rise in unemployment in the United States. Bonnet argues that this theory of less eligibility explains penal and welfare policies in the United States beyond more established narratives of racial legacies. While this is an intriguing idea, it is difficult to ignore evidence of brutal and continuous racialized penal policies and practices that have criminalized Black and Brown people. In that sense, it is difficult to see how the argument of separate systems of less eligibility have ever converged into one. As recent events have demonstrated, poor Black and White people (and non-poor Black and White people) are still subjected to vastly different treatment at the hands of the criminal justice system.

The following chapters shift to Bonnet’s ethnographic research, examining the roles of police, parole, public housing, and nonprofits in low-welfare, high-punishment practices for neighborhood residents, especially for those who are formerly incarcerated. Bonnet conducted fieldwork in East New York with a nonprofit housing organization between 2006-2011. Notably, this is during a time when stop-and-frisk by the New York Police Department (NYPD) was at its height, and East New York experienced the highest rate of stops during this period. Although earlier sections of his fieldwork tend towards sensationalizing Black pain in these impoverished communities, Bonnet does well to shift his focus to documenting how different players—police, public housing authorities, parole, and nonprofits—function to enact policies to maintain punitive practices and low economic assistance to neighborhood residents. This context makes the book, and in particular its latter chapters, worth a read for those interested in the role of policing, housing, and various organizations in maintaining penal policies.

The most intriguing part of the book is his discussion of the practices and consequences of the rollback of welfare, and of the increase of punishment (the “punitive adjustment”) explored through fieldwork in the second half of the book. One of the great strengths of this book is in describing the everyday practices of how these players operate organizationally in a single neighborhood space. For example, although many have documented how NYPD’s stop-and-frisk policing was such a large piece of the story during this time period, the author describes how the NYPD often sent “rookie cops” to East New York. Bonnet describes accounts of how the area was considered “a big playground for the police” (p. 70). Nearby, the 73rd precinct in Brownsville was a “training precinct” for officers looking for promotions. This often resulted in young Black men being routinely harassed, and no-knock raids regularly occurring in residences (with the police sometimes knocking on the wrong address). Part of this explanation lies in the structure and incentives of the NYPD, as Mayor Rudy Giuliani and police commissioner William Bratton capitalized politically on the idea that the new tactics of the NYPD were responsible for the crime drop in the 1990s. Drug-related and other low-level crimes became a lucrative practice due to civil asset forfeiture and easy arrests.

Through the ban prohibiting formerly incarcerated people from living in public housing, Bonnet examines the relationships between the New York Division of Parole, the New York City Housing Authority, and a large nonprofit organization as they work together to circumvent this ban. He explores the subsequent tensions between these three players with sometimes competing formal organizational goals, as well as the informal cooperative relationships in practice to accommodate the realities of public housing in East New York. Because the New York Housing Authority had an interest in maintaining stable tenants, they often circumvented the law by not officially reporting unauthorized stays of formerly incarcerated people to the Division of Parole. Meanwhile, although parole officials would “perform” law enforcement to the community by using tough language, they nevertheless had a vested interest in knowing their parolees had stable addresses, which often included public housing. Finally, because the Division of Parole was unable to establish a formal presence in public housing, the nonprofit served as a social service agency to help provide support to the families of formerly incarcerated people in public housing. This organization also often provided information to law enforcement, however, which sometimes blurred its roles in helping to impose social order on public housing residents.

Bonnet dedicates several chapters to nonprofit organizations and their role in the shrinking welfare state, which is an often-overlooked role by those studying punishment and criminal justice. He notes that “nonprofitization is the symptom of an inferior welfare state” (p. 90), and reflects the privatization of welfare, where public funding that might have gone to public agencies is now increasingly funneled to private nonprofits. While nonprofits increase more local decision making, they also increase bureaucracy relative to public agencies, as private nonprofits (especially large ones) spend increasing time in documenting paperwork and demonstrating “success”. Bonnet notes that a two-tiered system of nonprofits existed in East New York. Local nonprofits tended to be smaller operations, with limited budgets and limited lifespans. In contrast, more professional managerial nonprofits were often Manhattan-based and run like corporate entities, and tended to have larger budgets and greater longevity. Although large nonprofits ostensibly have an interest in serving their community, they also have an interest in maintaining financial viability as an organization themselves. For example, the “right to shelter” policy legally obligates New York City to provide shelter for all of its residents, and so the city frequently contracts with nonprofits to manage housing. In practice, the city allows nonprofits to maximize profits at the expense of unhoused people. Nonprofits can cut operational costs through forgoing maintenance, saving money while collecting funding for the program. This critique of nonprofits and analysis of how they fit into the maintenance of welfare and punishment is a valuable addition to the literature.

The book’s analyses of punitive practices through multiple public and private organizations is worthy of the read in itself, although the less eligibility framework does not necessarily help explain the operations of the organizations in the book. As such, while the author closes by examining potential solutions, these solutions are less clearly based on the principles of less eligibility. Given the description of how entrenched organizations are in maintaining practices and in their own relationships, it seems that reforms in the minimum wage and penal practices might be slow, or even resisted in some cases. 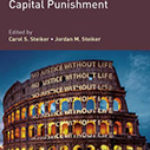 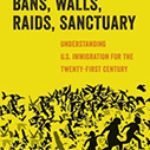