To Poison a Nation: The Murder of Robert Charles and the Rise of Jim Crow Policing in America

In To Poison A Nation, historian Andrew Baker examines an explosion of racial violence in New Orleans at the start of the twentieth century. The book focuses on a horrific burst of murders involving Robert Charles, a thirty-five-year-old African American resident who fatally shot two city policemen during a botched encounter with patrolmen on July 23, 1900. The deadly skirmish unleashed three days of racial turmoil in which white mobs, using the cop killings as a pretense, roamed the city and randomly attacked African American New Orleanians, murdering at least seven and mauling dozens of others. The upheaval culminated in a bloody gun battle between Charles and local policemen, two more of whom died in the firestorm as did Charles, who was shot thirty-four times. All told, the cornered, besieged Charles killed seven white residents and wounded more than two dozen other white New Orleanians, shocking the South and the nation. For U.S. historians, this is a familiar episode and the subject of a number of excellent books, but Baker explores it in fresh detail. He suggests that the tensions and endemic, smothering racial oppression that triggered the murderous carnage of July, 1900, long outlived Jim Crow and continued (and implicitly continues) to “poison” American race relations.

To recount the1900 carnage, Baker interweaves two sets of “stories.” The first analyzes the late nineteenth-century deterioration of race relations in the city, emphasizing jarring changes in municipal politics. Fragile interracial alliances that had suppressed the most egregious, large-scale violence against African American New Orleanians crumbled during the 1890s. Racial conflict was not new in the city. For decades, New Orleans had suffered from stratospheric levels of deadly violence, including interracial murder, and indifferent law enforcers had provided scant protection for African American residents, and often abetted or even participated in murderous assaults on these city dwellers. But the city had avoided race riots or other mass turmoil. Brittle political coalitions between reformers and machine officials, between capital and labor, and between the business elite and the working class sometimes spanned racial lines and often prevented local society from fully cleaving into racial blocks during the final third of the century. This loose system of cross-cutting political allegiances, however, collapsed under the weight of 1890s economic pressures, triggering a series of violent, bitter strikes that both aggravated social divisions in the city and obliterated the constraints that had at least partially harnessed the most egregious racial conflict. The local political machine—the Choctaw Club of Louisiana—filled the vacuum, seized control, and held the reins of municipal power for the next half century, dedicating itself to promoting the growth of the marketplace, protecting its own corrupt schemes, and preserving its authority.

Baker explores the marrow of local politics in copious detail. His reconstruction of shifting alliances and policies features larger-than-life mayors, corrupt power brokers, and a careful description of the fluid organizational structure of interest groups and political parties. The narrative is skillfully grounded with quotations and information drawn mainly from New Orleans newspapers. These sections of the book track close to his source material, and provide a dense, thick analysis of power, policy, and politics in the turn-of-the-century city.

Baker’s second narrative thread, also principally culled from city newspapers, focuses on the life and death of Robert Charles. Born in Mississippi and coming of age at the height of the lynching era, Charles moved to New Orleans in 1892, hoping to escape from Mississippi’s soaring racial violence and to find secure employment and high wages in the region’s major urban center. The quiet, bookish African American migrant worked diligently and avoided any trouble, but encountered searing racial discrimination that mired him in hopeless poverty. By the end of the decade, Charles had become embittered, beaten down by insurmountable obstacles, and he embraced a popular colonization scheme that promised African Americans a new start and a better life in Africa.

Charles’s life, and local race relations, however, changed abruptly on July 23, 1900. Responding to a report about “suspicious” characters loitering in a residential area late at night, three New Orleans police officers clumsily and aggressively interrogated Charles and his roommate, Leonard Pierce, as they sat on a doorstep in a working-class neighborhood, and waited patiently for the former’s girlfriend to return to her house. The racial oppression that Charles had experienced since he arrived in the city exploded during the encounter, and he grabbed his revolver and discharged the weapon, killing two of the patrolmen. He then escaped into the night, triggering a frantic police manhunt. But the shooting also unleashed the scorching racial tensions that festered barely beneath the surface of daily life in the Jim Crow South, and white gangs, claiming to be searching for an African American cop killer, exploited the violence and fanned out across New Orleans, bellowing “Kill the niggers! Shoot them down” and wantonly assaulting any African American resident they encountered as local cops watched approvingly (p. 155). After three days and countless false leads, the police located Charles, holed up in a Saratoga Street apartment, sparking a siege and a bloodbath. Expertly wielding a Winchester rifle, Charles killed two additional policemen and three civilians, before being fatally shot himself. Vigilante violence persisted briefly, and white New Orleanians mutilated Charles’s corpse and ransacked surrounding structures in search of souvenirs from the shootout. In the month following the deadly encounter, criminal justice officials arrested and tried African American residents thought to have abetted Charles and, not surprisingly, largely avoided punishing the white New Orleanians who committed ghastly, murderous acts.

Reactions to the Charles upheaval proved to be both fleeting and enduring. Unlike other scholars who have studied this incident, Baker argues that Robert Charles and the violent explosion surrounding him was quickly “forgotten,” perhaps reflecting the banality of inter-racial conflict in the early twentieth-century Deep South (p. 254). At the same time, however, police officers in New Orleans and across the nation, increasingly exploited racial stereotypes and brutalized and murdered African American suspects. Jim Crow policing, though well- established before July 23, 1900, became institutionalized, and would infect American criminal justice through the twentieth century and beyond.

Baker closes To Poison a Nation with an analysis of a 1973 New Orleans incident that bore superficial similarities to the Charles episode. Mark James Essex, a buoyant, optimistic African American Kansan, encountered suffocating racism in the Navy, barely avoided being court martialed, and left the military an angry young man. Relocating to New Orleans to join a friend, he endured additional, overt discrimination and became radicalized. Essex vowed to exact revenge on white New Orleanians, particularly the police. On December 31, 1972 he stalked and then shot and killed two local cops, one of whom was African American. On January 7, 1973, in a seven-minute span, Essex fatally shot four unarmed white civilians and three more New Orleans cops. Defiantly perched on the rooftop of a local hotel, Essex continued his gun battle with local police officers, who returned fire, some from an attack helicopter. The torrent of police bullets shredded Essex’s body, inflicting more than two hundred wounds. In important ways, however, the Charles bloodbath differed from the Essex carnage. Unlike the 1900 violence, police aggression did not spark the early 1970s violence. Moreover, rabid white mobs engaged in random racial murder in 1900, but did not gather and terrorize the city’s African American community in 1973.

Baker’s narrative and analysis are unconventional. First, he relies on a sharply different prose style in his depictions of local politics and Robert Charles’s life and death. The chapters on municipal politics are dense and cautious, with each interpretation rigorously grounded in his evidence. By contrast, Baker’s description of the Charles turmoil is fast paced and written with flare and rhetorical flourish. Here he employs expansive literary license in order to make the narrative accessible and engaging. This takes some highly unusual forms, however. As he acknowledges in a brief “Note on Methodology,” Baker alters quotations in the name of “clarity, grammar, style, and conciseness,” eschewing the use of bracketed “sics,” ellipses, and other methods typically employed by scholars (p. 289). Historians, like other scholars, use quotations to provide nuance, context, authenticity, and veracity, notwithstanding any stylistic disjunctures and infelicities that original text might introduce. By embroidering his source material, Baker’s quotations cease to be quotations, even if he is certain that the tweaks merely enhance the flow of the narrative. And unless readers can compare the original sources with the quoted text in the book, it is impossible to determine when and how Baker has changed the language. Furthermore, he sometimes injects details that do not appear in the source material, imbuing his actors with emotions that are unsupported. Such inferences are not uncommon, but historians usually include terms, such as “likely,” “probably,” or “perhaps,” when they engage in such speculation, even when it is well founded. By contrast, Baker explains that he “minimized qualifiers and disclaimers, prioritizing narrative flow” (p. 290.) In short, his departures from scholarly convention at times make it difficult to evaluate his analysis.

Second, Baker stops short of identifying the larger and wider significance of his topic. Scholars typically argue that their subjects are especially noteworthy, representing crucial pivot or invection points that typified, accelerated, or redirected established processes. Baker, perhaps to his credit, does not insist that the Charles violence transformed race relations or policing in New Orleans. Nor does he systematically examine Jim Crow policing between the Charles shootings and the Essex violence. Hence the subtitle of the book, “The Murder of Robert Charles and the Rise of Jim Crow Policing in America” is more suggestive than demonstrated.

Despite these concerns, To Poison A Nation is an engaging, well-researched, and timely book. The topic is riveting, and Andrew Baker has crafted a rich examination of race relations and criminal justice in the Jim Crow South. 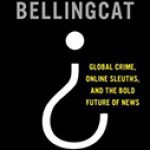 We Are Bellingcat: Global Crime, Online Sleuths, and the Bold Future of NewsBooks, Full Reviews 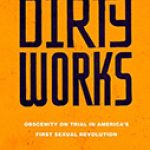