Trading Democracy for Justice: Criminal Convictions and the Decline of Neighborhood Political Participation

Tallying the detrimental effects of mass incarceration will keep researchers busy for decades. The implications of the penal system have already received considerable scholarly attention, but Professor Traci Burch’s Trading Democracy for Justice: Criminal Convictions and the Decline of Neighborhood Political Participation sheds important new light on an understudied consequence: political demobilization — the suppression of neighborhood residents’ ability to be active participants in the political process. The book stumbles somewhat in suggesting effective policy remedies for this problem, but overall makes an important contribution to exploring an under- evaluated element of the ever expanding record of the harms of mass incarceration.

Trading Democracy seeks to demonstrate that criminal convictions, incarceration and community supervision directly suppress political participation, particularly in neighborhoods with higher concentrations of prisoners. This suppression occurs through two mechanisms. The first is the direct subversion of the political participation of ex-prisoners returning to their community. The second is through a transmission effect where high concentrations of prisoners weaken the political-participatory culture of the neighborhood, influencing not just prisoners, but neighborhood residents who have yet to come into contact with the justice system.

The direct effect on former prisoners is created by fomenting distrust in the state and society more broadly during incarceration, which encourages them not to participate in social and political networks. These non-participatory attitudes and values in turn are transmitted to the residents of neighborhoods with high concentrations of prisoners, discouraging participation even among non-offenders. Political suppression is furthered as communities struggle to deal with the social and economic burdens of living with and supporting large numbers of convicted felons. For example, people with drug convictions often cannot access public housing, introducing economic and housing instability into their families and limiting the time, energy and resources they or their other family members can put into being active political participants. The breakdown of neighborhood social networks caused by the incarceration of large numbers of community members further reduces the resources and support networks available to be active participants in the political process.

Trading Democracy advances this argument through an impressive data collection and analytic effort. The study looks at eight separate metropolitan areas, four each in Georgia and North Carolina and links demographic and corrections data with voter registration and the Social Capital Community Benchmark survey, which measures civic engagement. These data are linked to provide a comprehensive overview of the criminological and political attributes of the neighborhoods in the study sites. Additionally, all of the data are mapped geographically to facilitate spatial analysis — offering additional avenues by which to test this theory. The linkage and spatial mapping of the data provide Trading Democracy with a strong foundation from which to explore its claims that imprisonment affects political participation for both ex-offenders and the communities in which they live.

Armed with an extensive database of criminal, demographic and political participation measures, Trading Democracy tests its hypothesis in three ways. First, it evaluates the relationship between a neighborhood’s voter turnout and the density of its population of prisoners and those on community supervision, such as probation and parole. The results for both North Carolina and Georgia demonstrate that high incarceration suppresses voter turnout, though interestingly, in North Carolina lower levels of incarceration are actually related to increased voter turnout. The second test, exploring voter turnout and new admissions to prison from different neighborhoods finds a similar trend – high numbers of admissions to prison suppress a neighborhood’s voter turnout, even after a wide array of social and economic indicators are controlled for. However, this effect was found only in Georgia. In North Carolina, prison admissions had no impact on voter turnout, which suggests that there may be some interesting state-level dynamics at play that merit further scrutiny for follow-up research projects.

The final analysis tests the impact of living in high incarceration communities on individual-level political and civic participation in Charlotte-Mecklenburg, North Carolina. Living in these high incarceration neighborhoods reduces political participation and participation in other types of civic engagement such as volunteering. Once again, the meticulously gathered dataset developed from this project is used to guard against the standard array of challenges to the validity of such analysis. Additionally, the use of three separate tests to triangulate the effects of high levels of imprisonment offers further confidence in the validity of these findings.

Taken together, the three tests and the data underlying them offer a reader significant evidence in the finding that high levels of incarceration have a deleterious effect on civic engagement and political participation. The differing effects in North Carolina and Georgia suggest that there are interesting further opportunities here to study whether these demobilizing effects differ by state, and whether there are influences in local political culture that might mediate these effects. Whatever the direction of future research, Trading Democracy has done excellent work building the case for the existence of this demobilizing effect and has offered clear methodological guidelines for how future research should be carried out.

While the Trading Democracy’s case for the demobilizing effect of incarceration on communities is compelling, readers are less likely to be convinced of the efficacy of the policy interventions Professor Burch proposes. To reverse the harms of incarceration and political disassociation, two solutions are proposed: political mobilization of these neighborhoods by major political parties, and developing economic and social strength in affected neighborhoods to improve their political strength organically. Neither solution gives the reader much confidence in its ability to improve the circumstances of residents living in these neighborhoods.

Political mobilization, a stopgap measure by the book’s own admission, seems unlikely to offer much hope for change. As the book itself notes, political parties are uninterested in reaching out to engage these neighborhoods in the political process, and while Trading Democracy suggests that a few mobilization success stories might change this calculus, the examples are not particularly compelling. The 2008 Obama campaign and some local Chicago elections are cited as success stories, but interviews reported in the book make it clear that even the Obama campaign’s now-legendary field organizers had trouble galvanizing these voters. Given the difficulties of drawing in this audience and their relatively limited voting power, it is not clear why a political organization would be willing to expend limited resources on such a sub-optimal engagement strategy.

The second component of Trading Democracy’s policy proscription, improving the economic and social strength of these neighborhoods seems, in the case of economic strength, self-evident, and in the case of social strength, uncertain. That we should rebuild the economies of neighborhoods hard hit by mass-incarceration and stricken with economic deprivation seems reasonable for a laundry list of reasons, but Trading Democracy gives little insight into how this task could be accomplished, which is the real crux of the matter: every major American political figure believes in economic strength and social mobility, but has vastly different ideas as to how such benefits can be accomplished. Absent a plan of its own, Trading Democracy’s calls for rebuilding local economies seems a boilerplate platitude.

Strengthening local social networks to reduce crime, and by extension, imprisonment and political demobilization is a more interesting argument, but the efficacy of such a plan is also uncertain. As Professor Burch notes, strong social networks have been shown to help develop local controls on behavior which can reduce criminal offending. However, the effect of these networks is still being explored by the research community and there is evidence that certain types of informal social networks may even increase crime rates. Thus the efficacy of a social-capital building strategy for improving neighborhood mobilization is very susceptible to doubt. Moreover, if the goal is political engagement and stability through reduced incarceration, it is unclear why one would not simply cut to the source of the matter and address the incarceration rates.

Amid these various problematic options, a viable solution, diversion from prison and decarceration, is written-off in less than a paragraph. Trading Democracy suggests that changing policing practices or reducing incarceration is “politically impractical,” but gives no explanation for this conclusion –- thus avoiding a discourse on why reducing incarceration is less politically viable than a broad-based campaign of economic redevelopment. Indeed, it is unclear how economic development could or would be directed to these neighborhoods without the reduction of the coercive state policing practices the author identifies, or changes in the sentencing practices that deprive these neighborhoods of their workforce, consumers and political capital.

Moreover, given that there has been significant movement at both the state and local level to alter sentencing laws to reduce the justice system’s reliance on incarceration, the statement that “reducing incarceration is politically unfeasible” requires more than a hand-wave. Bipartisan sentencing reform projects like the legislation North Carolina passed in 2011 that moderates the use of sentence enhancements and transitions offenders off community supervision, successfully suggests that the political calculus of criminal justice reform has changed sufficiently, and that real reform to reduce incarceration rates may actually be a viable part of the solution to community demobilization, and is not to be dismissed with just a cursory examination.

This is not to discount the value of the political mobilization of these communities. Politically active neighborhood residents and ex-prisoners could be some of the most engaged and compelling advocates for sustaining reform efforts and preventing the roll-back of justice reforms that often accompanies high profile incidents like a parolee committing a murder. Local advocacy could provide reforms with a resilience that national advocates will have difficulty sustaining. Thus in the future, including competency training in civics and civic activism for demobilized communities could be a potentially significant opportunity for reentry training. However, such training must be implemented alongside conventional reentry supports such as drug and alcohol treatment, if returning citizens are to remain in the community long enough to be effective advocates.

For scholars interested in the multitude of harms associated with mass incarceration, Trading Democracy is an immensely valuable resource. Expanding the field’s understanding of how incarceration affects not only a neighborhood’s social and economic outlooks, but also its political participation, and by extension ability to self-advocate, is a crucial task, and Trading Democracy takes it on with rigor and clarity. On a clinical level the book’s data and methodology add a new level of validity and rigor to measuring the interaction of political participation and the criminal justice system, a contribution all criminologists studying the follow-on effects of incarceration can appreciate. Understanding the negative implications imposed by mass incarceration is an essential first step to devising policies to remedy those consequences. Trading Democracy compellingly demonstrates another facet of these harms and offers a clear roadmap for researchers interested in further advancing this vital work.

Sam Bieler is a Research Associate with the Urban Institute 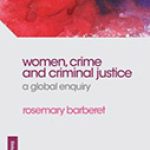 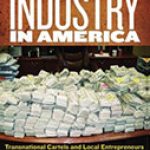 The Methamphetamine Industry in America: Transnational Cartels and Local EntrepreneursBooks, Reviews in Brief