Transmedia Crime Stories: The Trial Of Amanda Knox And Raffaele Sollecito In The Globalised Media Sphere

On 2 November 2007, a 21-year-old British exchange student from Leeds University called Meredith Kercher was found murdered in the house that she shared with an American and two Italians, in the university town of Perugia in Italy. Since that date the American student and her then boyfriend – Amanda Knox and Raffaele Sollecito – have twice been convicted and twice acquitted of Meredith’s murder, and Knox has been the subject of a couple of movies, a Netflix documentary and has written her autobiography, called Waiting to be Heard: A Memoir. On the other hand, Sollecito has all but disappeared in comparison to Knox’s continued visibility, and Rudy Guede, the only person still to be convicted of Meredith’s murder, has been reduced to being a “bit player” in this transnational and “transmedia” drama, brought onstage only to have his guilt seemingly explained by his race and African heritage.

Of course, the person who has disappeared almost completely from view is Meredith herself.

This lively and readable collection of essays, co-edited by Lieve Gies of the Department of Media and Communication at the University of Leicester, and Maria Bartoluzzi, Associate Professor of English Language and the University of Udine, attempts to make sense of how this dreadful crime came to have transnational and transmedia appeal and why it generated – and to an extent still generates – lurid headlines in traditional media and intense speculation and “heated debate in online forums” (p.2). The book uses Meredith’s murder to try understand “the new interface between crime and the media,” when old media’s “monopoly of the truth” disintegrates in the face of social media, to the extent that the murder becomes shaped and influenced by a variety of new media and which, in turn, gives it even greater momentum in both old and new media. New stakeholders, in short, “talk back” to those who have historically shaped our understanding of crime and punishment.

The book is organised in three parts, with three chapters in each part, with a perceptive Foreword by Yvonne Jewkes of the University of Brighton, and also an Introduction by Gies and Bartoluzzi. Part 1 is concerned with “The Making of Amanda Knox,” by which is meant the “media constructed” Amanda Knox; Part 2 with “Alternative Narratives in Social Media and Beyond” and, in particular with a consideration of Knox’s own online declaration of innocence via her “Siamo Innocenti” tweet published on Twitter in the wake of the guilty verdicts on her and Sollecito being re-instated; and Part 3 is about “Other Media Injustices” which include not only Guede’s and Solliceto’s marginalisation, but also the persistent misrepresentation of the Italian criminal justice system.

Gies and Bartoluzzi are keen to claim that the book is written from “several disciplinary perspectives” (p.6) although it is hard to see where, especially as the research methods adopted seem to be largely dependent on critical discourse analysis, in various guises, of tabloid headlines and stories (or photographs) from a number of British and Italian newspapers and of online content from Twitter and Facebook. Gies and Bartoluzzi also use their nine “in-depth” interviews of people involved in the online campaign to advocate for Knox’s innocence (and to a lesser extent Sollecito’s too), co-ordinated from Seattle, Knox’s home city, to generate materials for two of the nine chapters which appear. This is not meant to be unduly critical but, even within these limited research fields it was disappointing not to see any detailed criticism of Knox’s autobiography, or of a number of long form journalistic pieces by those who regularly communicated with Knox whilst she was in prison. This latter category would include Simon Hattenstone’s writing for The Guardian, who started to correspond with Knox in 2009 and who subsequently interviewed her at length in Seattle in 2013. What is missing from this collection – just as much as Meredith herself – is any greater understanding of the actual guilt or innocence of Knox, rather than the media constructions of the “doubly deviant,” “femme fatale” or, if you’d prefer the guilt or innocence of “the odd couple” of Sollecito and Knox.

Here I should make a confession. As a criminologist who is regularly asked by various people in the criminal justice system of England and Wales to analyse, or comment upon, the letters, e mails and other forms of communication of those who have been accused of, standing trial for, or have been convicted of murder, I was sent a copy of Knox’s prison diary to analyse, and my written comments about what she wrote were subsequently widely quoted in the British press. I was required to return the diary after my deliberations. Given that I was critical of what Knox wrote, basing those criticisms on similar diaries or letters that I have read, my understanding of psychopathy and related personality disorders and my ongoing applied work with violent offenders, or those accused of having committed violent crime, how the press reported my views meant that I briefly became a target of a small number of those who were advocating for Knox’s innocence. In sharing this confession, I am not trying to generate sympathy (I hold, as it were, despite this professional background, no “monopoly” of truth) but rather to suggest a number of other matters. First, it would have been valuable to have included an avowedly criminological “voice” in this collection – the contribution of Professor Eugene McLaughlin notwithstanding; and second, likewise including those with direct, as opposed to mediated experience of Knox (if we exclude the performative aspect of writing a diary), which might have brought something useful to the debate.

This is not to imply that Knox’s prison diary does not feature in this collection of essays because it does, and that is part of my broader criticism. Stevie Simkin, Reader in Drama and Film at the University of Winchester, for example, describes it in his chapter entitled “Scarlet Letters from Perugia: ‘Slut-Shaming’ and the Media representations of Amanda Knox”, as “Knox’s so-called Prison Diary”. I am uncertain how to interpret Simkin’s use of the phrase “so-called.” Is he implying that this was not, in fact, Knox’s diary and that it was written by someone else, or that it didn’t in fact exist? I have no way of knowing, but what I do know is that “My Prison Diary” was written in the same handwriting as Amanda Knox’s on the front cover of the document that I was sent to analyse. We may contest what that diary contained, but that cannot hide the fact that there was a diary written by her whilst she was in prison.

What I am trying to suggest in this last paragraph is that no matter how ontologically complex it becomes to determine the “truth,” there is, at the end of the day, something which is true. Of course some will continue to challenge that truth and even attack those who might wish to apply it, largely because of the complicated manner in which truth is sometimes established and which this collection of essays is particularly good at revealing.  Some things, however, remain true about the murder of Meredith Kercher. First, that Rudy Guede, the black, working class man within the contested narrative of her murder remains the only person still convicted of that crime, despite the fact that he implicated others and there is evidence to suggest multiple perpetrators. Second, as with any police murder investigation in any part of the world, intelligence collected from neighbours and others in the first 48 hours after the discovery of Meredith’s body suggested that Knox and Sollecito had been involved in some way, and that there were suspicions about them before their respective media constructed narratives, especially about “foxy-Knoxy”, took hold. Third, that Knox confessed to having been present at the murder, although she later retracted that confession, having implicated a totally innocent man, stating that she had been bullied into doing so and offering as a reason the fact that she had no lawyer present and was being interviewed in Italian. Those of us with only a passing interest in US criminal justice will be aware that this would not have prevented that confession from being used there, as advocates on behalf of Brendan Dassey – also a transnational and transmedia celebrity cause – would be only too well aware. Finally, that this is a narrative that will have no definitive end but will continue to swirl and sway and ebb and flow. And, if I may, I suspect that this is largely because Knox herself is deeply unknowable, and that our inability to get closer to the truth about what happened on the night of 2 November 2007 was founded on that reality and has, if anything, become even more pronounced as the years have passed. 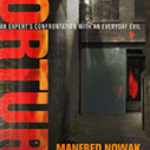 Torture: An Expert’s Confrontation With An Everyday EvilBooks, Full Reviews 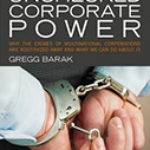 Unchecked Corporate Power: Why The Crimes Of The Multinational Corporations Are Routinzed Away And What We Can Do About ItBooks, Full Reviews