Correctional institutions can be violent places. With over 1.4 million people incarcerated and many more individuals working in state and federal penitentiaries, it is critical that the sources of violence are investigated. Benjamin Steiner and John Wooldredge set out to do just this in Understanding and Reducing Prison Violence: An Integrated Social Control-Opportunity Perspective. They examine individual- and prison-level characteristics associated with three forms of violence in prison: prisoner violent offending, prisoner-on-prisoner violent victimization, and prisoner-on-officer violent victimization. To explore the prevalence and incidence of these forms of interpersonal violence, Understanding and Reducing Prison Violence is built from survey questionnaires with 5,640 incarcerated individuals and 1,841 correctional officers, interview-based surveys with prison wardens, observational data from tours of 45 prisons throughout Kentucky and Ohio, and official records of violent offenses prisoners were found guilty of committing. The book adds to the ever-growing body of literature on prisoner misconduct by illustrating that violence in prison is not happenstance. Rather, specific characteristics exist at both the individual- and facility-level that increase the likelihood of some prisoners perpetrating violence against others, just as there are characteristics that put certain individuals—prisoners and correctional officers alike—at higher risk of experiencing violent victimization.

Understanding and Reducing Prison Violence is presented over the course of eight chapters. In Chapters 2 and 3, Steiner and Wooldredge establish the book’s theoretical footing. Chapter 2 reviews the predominant explanations of prison violence. It contrasts deprivation theory, which attributes violent behaviors and victimization to individual differences in the ability to cope with environmental deprivations while acclimating to confinement in prison (Clemmer, 1940; Sykes, 1958), with importation theory, or the idea that engaging in violence or experiencing victimization in prison is influenced first-and-foremost by one’s characteristics, beliefs, and experiences prior to entering the correctional facility (Irwin & Cressey, 1962). Also mentioned are prison management theories (i.e., inmate balance theory and administrative control), which stress that prisoner rebellions are a consequence of differences in managerial practices of prisons (Colvin, 1992; DiIulio, 1987; Useem & Kimball, 1991). While all three theoretical perspectives have received empirical support, Steiner and Wooldredge argue that these perspectives are inadequate as solo explanations of prison violence because they only account for variation in prison violence at one level of analysis (i.e., prisoner or facility). Given that prison violence results from both micro- and macro-level dimensions, a comprehensive model should account for all factors—at every level of analysis—linked to the phenomenon; this type of theoretical integration has received support among criminologists (e.g., Short, 1979). While some criminologists choose to ignore theoretical assumptions, Steiner and Wooldredge plant their flag and state that owing to irreconcilable theoretical assumptions, these previous explanations of prison violence cannot logically be integrated. Instead, they look to broader theories of crime and victimization to provide a comprehensive, integrated theoretical model. Indeed, what sets Understanding and Reducing Prison Violence apart from extant theorizing and research is their presentation of a multilevel social control-opportunity theory of prison violence, which collectively encompasses individual attributes, environmental prison characteristics, and management practices to explain prison-based violent offending and victimization.

The multilevel social control-opportunity theory of prison violence is fleshed out in Chapter 3. Steiner and Wooldredge primarily integrate the control perspective, which assumes that violent behavior results because of the absence of or weakened relationships to conventional society or others (Hirschi, 1969), and lifestyle/routine activity theories that attribute violence in prison to increased perceptions of individuals as suitable targets, and lower levels of personal guardianship (Cohen & Felson, 1979; Finkelhor & Asdigian, 1996). Their proposed theory argues “that formal and informal controls over an individual’s behavior operate at both individual and aggregate levels, and both the types and strength of these controls vary based on a person’s daily activities and movements, thus creating or reducing opportunities for offending and/or victimization” (p. 41). Steiner and Wooldredge argue that “control theories are more applicable to an understanding of offending, whereas lifestyle/routine activities theories are more applicable to understanding victimization” (p. 59). Micro- and macro-level factors related to prisoners or correctional officers, the prison environment, and management practices are also incorporated into the theory. While social control and lifestyle/routine activity theories have been shown to be logically consistent, by incorporating other micro- and macro-level factors from previous perspectives on prison violence into their theory, they run the risk of illogicality. Indeed, in Chapters 2 and 3, Steiner and Wooldredge highlight the extension of strain theories, which assume that violence may occur as a coping mechanism to relieve negative affect due to undesirable relationships or environments (Agnew, 1992), to concepts within all three previous perspectives on prison violence. However, strain and control perspectives have conflicting underlying assumptions. Furthermore, while the authors should be commended on their theoretical ingenuity by proposing a theoretical framework that considers the complexities of prison violence, I question whether this complexity outweighs the usefulness of the theory. Among many criminologists, theories earn support based on their empirical validity, and if they are presented in a parsimonious way such that they can be easily understood and tested. While Steiner and Wooldredge do examine the various components of their theory under one analysis, it may be more digestible in parts.

Chapter 4 describes the methodology of the project. The foundation of the book’s analyses are cross-sectional samples of (1) prisoners housed in the Ohio Department of Rehabilitation and Correction (ODRC) and the Kentucky Department of Correction (KDOC); and (2) correctional officers employed with the ODRC and KDOC. The authors used written surveys to question both people who had spent at least six-months incarcerated in the interview facility and employees at the institutions. They also used data from official prison records of violent rule violations; interviews with prison wardens; observational data; and two subsamples of Ohio prisoners used to separately examine subsequent prison misconduct, and whether perceptions of procedural justice and distributive justice related to the last misconduct offense affected subsequent misconduct. An unfortunate reality of the project, and one mentioned by the authors, was that the study locations were selected primarily due to convenience rather than based on their ability to highlight the broader context of prison violence in the United States. That is a limitation that applies to the bulk of research on prisons. The book draws on these data to investigate the micro- and macro-level factors associated with a range of prison violence. The measures selected for inclusion in the study map nicely onto the developed multilevel social control-opportunity theory of prison violence. They look at the impact of demographic and criminal history factors (control/suitable target), prison experiences and routines (opportunity/control), and prison characteristics and aggregated behaviors of correctional officers (guardianship/control) on past and subsequent prisoner offending, prior prisoner-on-prisoner victimization experiences, and previous prisoner-on-officer victimization incidents. While comprehensive, and related to my above point on complexity, the theory is not operationalized in a parsimonious manner, but instead hinges on multiple variables per theoretical component at each level of analysis. Steiner and Wooldredge do not examine officer-on-prisoner victimization, a very real but difficult to study experience within correctional institutions.

Chapter 5 encompasses a thorough discussion of the findings for each outcome. While important to discuss statistical significance, the results were noticeably lacking a discussion of substantive significance. Risk of violent offending was highest among prisoners who were/had:

The most pervasive facility-level effect on violent offending was the level of legitimate power exerted by correctional officers. This finding corresponds to research documenting the importance of correctional officer legitimacy in promoting prisoner compliance and maintaining institutional safety (e.g., Steiner & Wooldredge, 2018).

Results also illustrated that there were certain individuals who were less likely to engage in violence, but were more vulnerable to victimization including:

The most persistent facility-level characteristic was prisoner population size, where larger populations increased both the likelihood and frequency of victimization.

Finally, the risk of officer victimization was highest for:

Working in prison facilities with more verbally hostile prisoners was the most pervasive facility-level characteristic associated with officer victimization. Overall, results illustrated that individual- and facility-level variables are important correlates of violent offending and victimization in prison, thereby demonstrating the relevance of a multilevel theory of prison violence.

In Chapters 6 and 7, the leading evidence from Understanding and Reducing Prison Violence is woven together and its relevance for theory, policy, and practice is discussed. Based on discussions with prison staff and administrators, as well as a review of publicly available literature, the authors identify the (possibly) most rewarding policy implications for violence prevention in prison. The book concludes in Chapter 8 with a discussion of study limitations and what remains to be learned.

Steiner and Wooldredge’s Understanding and Reducing Prison Violence embarked on a journey of discovery when it comes to violent offending and victimization in prison. It adds to an expanding body of literature on prison violence, while charting paths forward for research and policy. In conclusion, these authors accomplished what they strived to do: “[i]t is our hope that the details of the theoretical framework, the study design, and the specific findings presented here (including both significant and null effects) will be useful for guiding future research on the subject” (p. 159).

Colvin, M. (1992). The penitentiary in crisis: From accommodation to riot in New Mexico. SUNY Press. 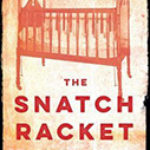 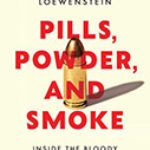 Pills, Powder, And Smoke: Inside The Bloody War On DrugsBooks, Full Reviews