Urbanisation And Crime In Nigeria

Lewis Mumford has established the consensus view that The City in History originated in Africa before spreading to other parts of the world.[1] Although silent on this consensus, Urbanisation and Crime in Nigeria is a welcome collaboration between a Nigerian based at home in the civil society sector (Ojewale, a public policy expert with CLEEN Foundation, Nigeria) and another based in the Diaspora in the academic sector (Ojo, an Urban Geographer with the University of Lincoln, UK). Council for the Development of Social Research in Africa (CODESRIA) encourages such collaborations to help Africa to tap into some of the gains from the brain drain of those who are forced to relocate abroad to provide technical foreign aid to industrialized countries while African countries struggle to find suitable expertise in many areas.

Continuing the international collaborations, Patrick Ezepue of Coal City University, Enugu, Nigeria, and of the African Higher Education and Research Observatory, UK, wrote the first foreword with the transnational location of expertise while the second foreword was written by Babatunde Agbola of the Department of Urban and Regional Planning, University of Ibadan, Nigeria. The book is endorsed by prominent Nigerian scholars including Etannibi Alemika, Professor of Criminology, University of Jos; Paul Olomolaiye, Professor of Construction Engineering and Pro Vice Chancellor and Executive Dean of Faculty of Environment and Technology, University of West of England, Bristol, UK; and Professor Johnson Falade, former UN-Habitat Program Manager for Nigeria.

The book is well organized into 10 chapters, including the introduction and the conclusion. Each chapter reads like a stand-alone article with the list of references at the end of each chapter. In the preface, the authors acknowledge funding from the Department for International Development (DFID), UK, and they acknowledged support from other agencies in the UK and others based in Nigeria. This shows effective networking skills by the authors.

The authors offer a broad history of trends in urbanization in Nigeria with emphasis on the assumption that cities are among the transformative forces in societies around the world. Similarly, the book identifies effective criminal justice system administration as being crucial for successful democratic governance anywhere in the world. Thus, the tensions between urbanization and crime in Nigeria indicate that factors that weaken judicial institutions also contribute to public safety challenges in urban centers.

The authors applied the spatial analysis tools of environmental criminology which were developed by the University of Chicago department of Sociology at the turn of the 20th century. Mapping crime incidence to identify hotspots could be regarded as a natural experiment through which intervention could be targeted to reduce crime and improve public safety in urban areas. The book offers a comparative analysis of 36 urban centers across Nigeria based on the ecological approach before offering a description of some of the factors that the authors regard as crimogenic. A discussion of the harm caused by crime in urban areas is followed by a discussion of some approaches towards the reduction of urban crime.

As a reviewer, I find the chunky hardback edition of Palgrave Macmillan pleasant to hold but I wonder how the cost price of such an edition would be received in Nigeria. I hope that the publishers have plans to make the book open source in order to make it accessible to scholars in Africa. I also hope that the authors will make the rational choice to invite criminologists to collaborate on projects like this for better theoretical and methodological insights from the discipline. I made this critical observation in my review of Police in Africa which was written almost entirely by European anthropologists.[2]

But even sticking with ecological criminology in a country like Nigeria where the majority of the people still live in rural areas, why should a spatial analysis of crime be focused exclusively on urban areas when terrorist attacks by Boko Haram (mentioned in passing on ‘radicalization’ and hate speech) and violent attacks by cattle herders tend to take place mainly in rural areas? The authors have every right to narrow their topic to urbanization but the seriousness of crimes in rural areas should have attracted at least one chapter or sub-section about critical perspectives on deviance and social control in rural Africa.[4]

A critical criminologist could also have improved the book by offering an adventure in criminal justice statistical analysis. For instance, the authors mistakenly called their ecological analysis of crime reports a ‘specialization’ approach multiple times in the book when they probably mean ‘spatiailization’ or simply, spatial analysis. Furthermore, on page 38, the authors tabulate ‘share of migrants in an urban or rural place of residence’ but this is capable of being misleading by suggesting that the percentage of urban represents the percentage of urban population in the state. A largely rural state like Ebonyi is reported to have ‘90.3% urban’ only behind Anambra with 98% and Lagos with 97%.

The authors rightly cited Alemika, among others, to report official crime statistics to be ‘generally problematic and disputed’ (p.136), and added that such official statistics, or lack thereof, make it difficult for policy makers to plan and make it hard for citizens to hold law enforcement officers accountable for their enormous powers and on how they spend their relatively huge budgets but not for the ecological fallacy of determining which locality is more criminal than others. However, the use of Crime Victim Surveys, the National Crime Victimisation Survey, the Afrobarometer Study, the Crime and Corruption Business Survey, and Self-reported Crime Datasets to supplement official statistics would not be adequate in the absence of the political economy of crime and urbanization approaches with emphasis on the history of slavery, colonization, a recent genocidal war in Biafra, and widespread protests against police brutality.

Based on the National Crime Victimisation Survey of the CLEEN Foundation, the authors graphed the estimated rates of urban crime (2005-2011) with Port Harcourt having the highest rate (719) per 1000 and Lagos having the fourth lowest rate of 260. The ranking of Abakiliki as the city with the 8th highest rate of crime victimization per 1000 (p.143) raises doubts about the reliance on crime victimization surveys that include incidents that are not reported to the police and which may even not be proven to be crime if reported at all.

The authors should be commended for covering concerns about rape and violence against women and girls but their attention was limited to officially defined cases of rape while the widespread practice of child marriages could have been surveyed too as cases of statutory rape. Here, the authors could have called for more civic education and for more educational opportunities for girls as the best policy option in fighting rape given that rape is a global epidemic that the police lack the ability to prevent especially when it is more likely to happen between people who know each other as Betsy Stanko has theorized.[5]

Similarly, the authors adopted a legalistic definition of dangerousness by including marijuana among the dangerous drugs that contribute to urban crimes in Nigeria but with no proof that such prejudice is empirically tenable. The authors could have examined the increasingly popular efforts by voters to decriminalize and legalize marijuana in different jurisdictions for medical and recreational uses. The Second Reading of a bill passed in the Federal House of Representatives seeking to legalize the cultivation of marijuana for medicinal purposes in Nigeria.[6] This is in line with the call by former Nigerian President, Olusegun Obasanjo for the legalization and regulation of marijuana.[7] South Africa’s Constitutional Court ruled against apartheid era prohibition laws and found that marijuana is legal for adults to grow, use and sell.[8] Such a legalization policy could yield tax revenues and create wealth and jobs for the poor instead of using the herb that is much safer than alcohol and tobacco as the excuse for the criminalization of the poor youth in Nigeria.[9] In 2020, the UN reclassified marijuana as being less dangerous than previous classifications presumed.[10]

Finally, the authors approached the administration of justice as if it is a neutral arm of society that is responsible for preventing crime. A Counter-Colonial perspective should have encouraged them to examine the abolitionist movement with regards to the death penalty and the criminalization of sex work and same sex relations as barbaric policies that have been made to wither away in the jurisdictions of the colonizers who imposed such laws to brutalize the conscience of Nigerians.[11] The decolonization paradigm in Criminology would have helped the authors to understand that power is more of a cause of crime than poverty.[12]

Dr. Agozino is a Professor of Sociology and Africana Studies, Virginia Tech. He is the Editor in Chief of the African Journal of Criminology and Justice Studies.

[1] Mumford, Lewis (1961) The City in History: Its Origins, Its Transformations, and Its Prospects, London, Houghhton Miffin Harcourt.

[9] Agozino, Biko (2014) ‘Drug and Alcohol Consumption and Trader and HIV in The Caribbean: A Review of the Literature’, in Journal of HIV/AIDS and Infectious Diseases, 2: 1-12: http://www.jscholaronline.org/articles/JAID/volume-2-issue-1/Drug-and-alcohol-consumption-and-trade-and-HIV-in-the-caribbean-a-review-of-the-literature.pdf

[12] Agozino, Biko (2018) Black Women and the Criminal Justice System: Towards the Decolonisation of Victimisation, New York, Routledge, a reissue of the Ashgate Publishers original publication of 1997. 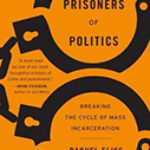 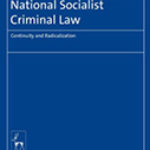